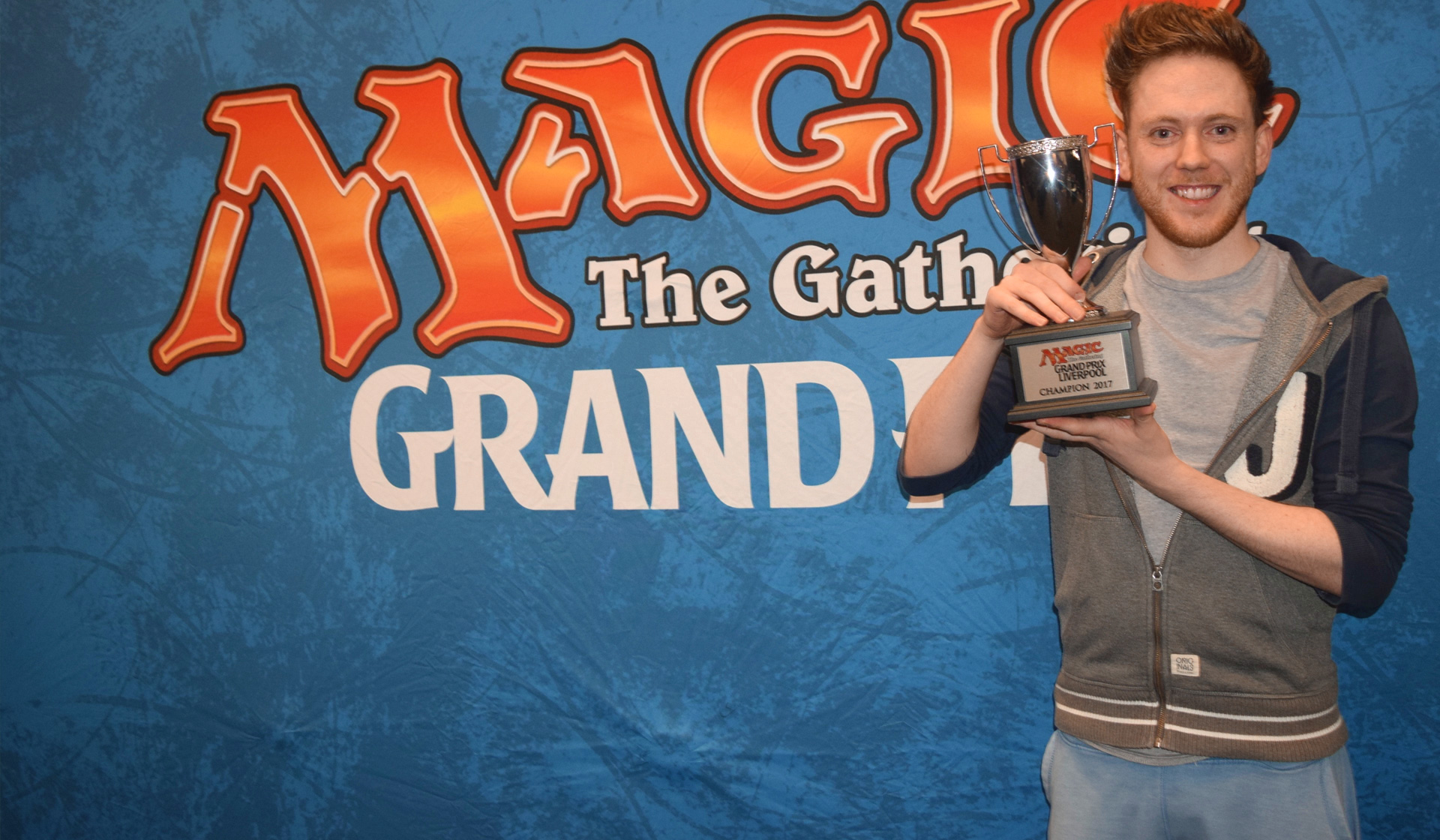 Marc Purvis made the most of his first Top 8, drafting Red-White Aggro in Ixalan Limited and defeating all comers, including Torsten Anders in the finals, to become champion of Grand Prix Liverpool 2017!

In the run-up to the following week's Pro Tour, most European pro players had already left the continent and spent this triple-GP weekend in the States. This left an opportunity for a new class of up-and-coming players to prove their mettle at Grand Prix Liverpool. And they did. The Top 8 featured but two players who had made it this far at a Grand Prix before; for all the others this was their first time in the spotlight.

In the end, it was newcomer Marc Purvis who navigated the Ixalan Sealed Deck and Booster Draft formats best of all, who held the course through uncharted waters, who defied stormy seas and slippery decks, claimed the ultimate treasure, and became champion of Grand Prix Liverpool 2017!

With 1,209 competitors, Liverpool's was the biggest of the weekend's three Grand Prix events, and a number of big stories came out of it too. Talk of the tournament was of course the ongoing...

After fifteen rounds, with a total of 1,201 others eliminated, only eight players remained in the running for the fame and the fortune, the title and the trophy. They sat down in the feature match...

After fifteen rounds, with a total of 1,201 others eliminated, only eight players remained in the running for the fame and the fortune, the title and the trophy. Find out more about these people...

After nine rounds of Ixalan Sealed Deck competition, Grand Prix Liverpool's original field of 1,209 was cut down to just 360. Leading the charge into the second day were three players at 9-0: Estonia's Karl Sarap and Englishmen Marc Purvis and Alfie Bennett.

They would have a head start over the competition on Sunday, but said competition was quite impressive too and featured notable players like Jan Ksandr and Jaroslav Boucek at 8-0-1 as well as Remi Fortier, Matteo Moure, Carmine D'Aniello, Arne Huschenbeth, and Thomas Enevoldsen at 8-1.

So the stage for Day 2 was set, populated with familiar characters and Pirates and Dinosaurs, with drafts to navigate and treasure to claim. Check back tomorrow for more insight into Ixalan Limited, for results straight from the battlefield, and for the conclusion of Grand Prix Liverpool 2017!

The weekend featured three Grand Prix events across three continents, giving players all over the world a chance to do battle in Ixalan Sealed Deck and Booster Draft. The format had been...

The main event only started on Saturday morning, but the action already began on Friday. Naturally, we were most interested in the nine Last-Chance Trials run that day, as those actually...