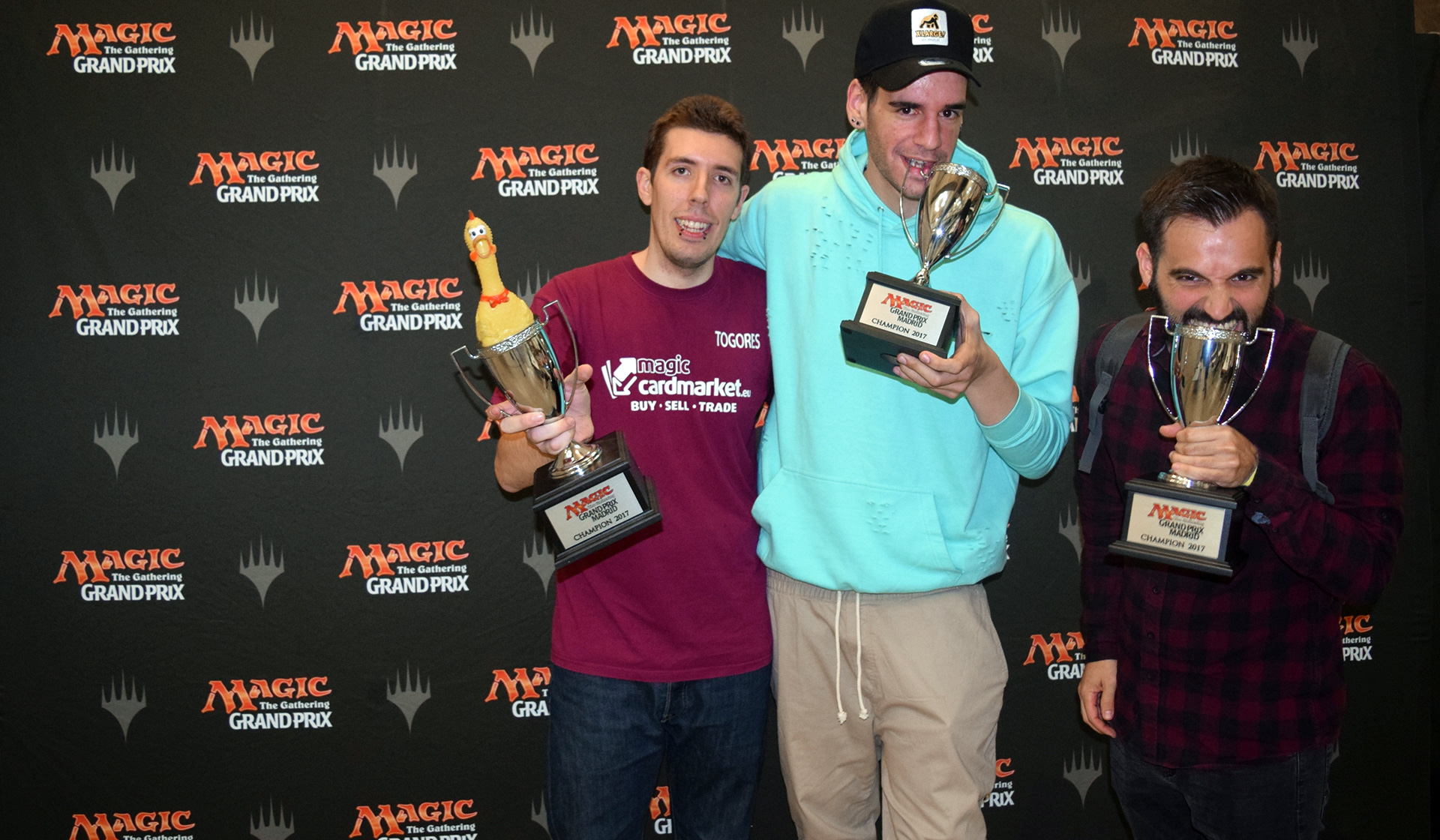 The Spanish trio of Rodrigo Togores, Cristian Ortiz Ros, and Adrian Ramiro Cano fought off the South American invaders in the finals and became the champions of the Team Modern Grand Prix Madrid 2017!

THE HASHTAG FOR GRAND PRIX MADRID IS #GPMADRID. JOIN THE CONVERSATION.

625 teams, a whopping 1,875 players, had entered the tournament in total. 135 of these teams made it to the second day. Eventually, four teams sat down for the playoff matches, but only one trio could claim the title and hoist the trophies.

The Top 4 had featured ten different deck archetypes, no small feat considering the nature of Team Unified Modern, more a testament to the huge diversity of Modern in general. The Top 4 had also featured teams from Germany (including Pro Tour Ixalan quarterfinalist Christian Hauck), from Belgium, and from South America (including Gold pro Luis Salvatto).

In the end, however, no one could stop Spain's own Rodrigo Togores, Cristian Ortiz Ros, and Adrian Ramiro Cano. Each of them had been to the Top 8 of a Grand Prix once before, although only Togores had been able to earn a trophy so far. Now each of them could have a trophy (and eat it too, apparently) as they were crowned champions of Grand Prix Madrid 2017!

With 1,875 competitors, Madrid's was the biggest of the weekend's Grand Prix events, and a number of big stories came out of it too. The perpetual popularity and the everlasting evolution of...

After fourteen rounds of Swiss, with a total of 1,863 others eliminated, only twelve players, four teams of three remained in the running for the fame and the fortune, the titles and the trophies....

After fourteen rounds, with a total of 621 others eliminated, only four teams of three remained in the running for the fame and the fortune, the titles and the trophies. Find out more about these...

It was clear that the trio of Marius Heuser, Christian Hauck, and Xiaoliang Yang would have the best tie breakers, what with their 10-0 start into the tournament. So when these three entered the...

What had begun with 625 teams in the morning was reduced to 135 by day's end. Leading the charge into the second day was the trio of Xiaoliang Yang, Christian Hauck, and Marius Heuser as the sole team to escape with a pristine record of 9-0.

So it was going to be an exciting second day here at Grand Prix Madrid. Check back then, for news and updates, for decklists and more!

For Europe, this was the final big event of the year and also the last of a trio of team events: Grand Prix Lyon two weeks earlier had featured Team Limited, the World Magic Cup on the previous...