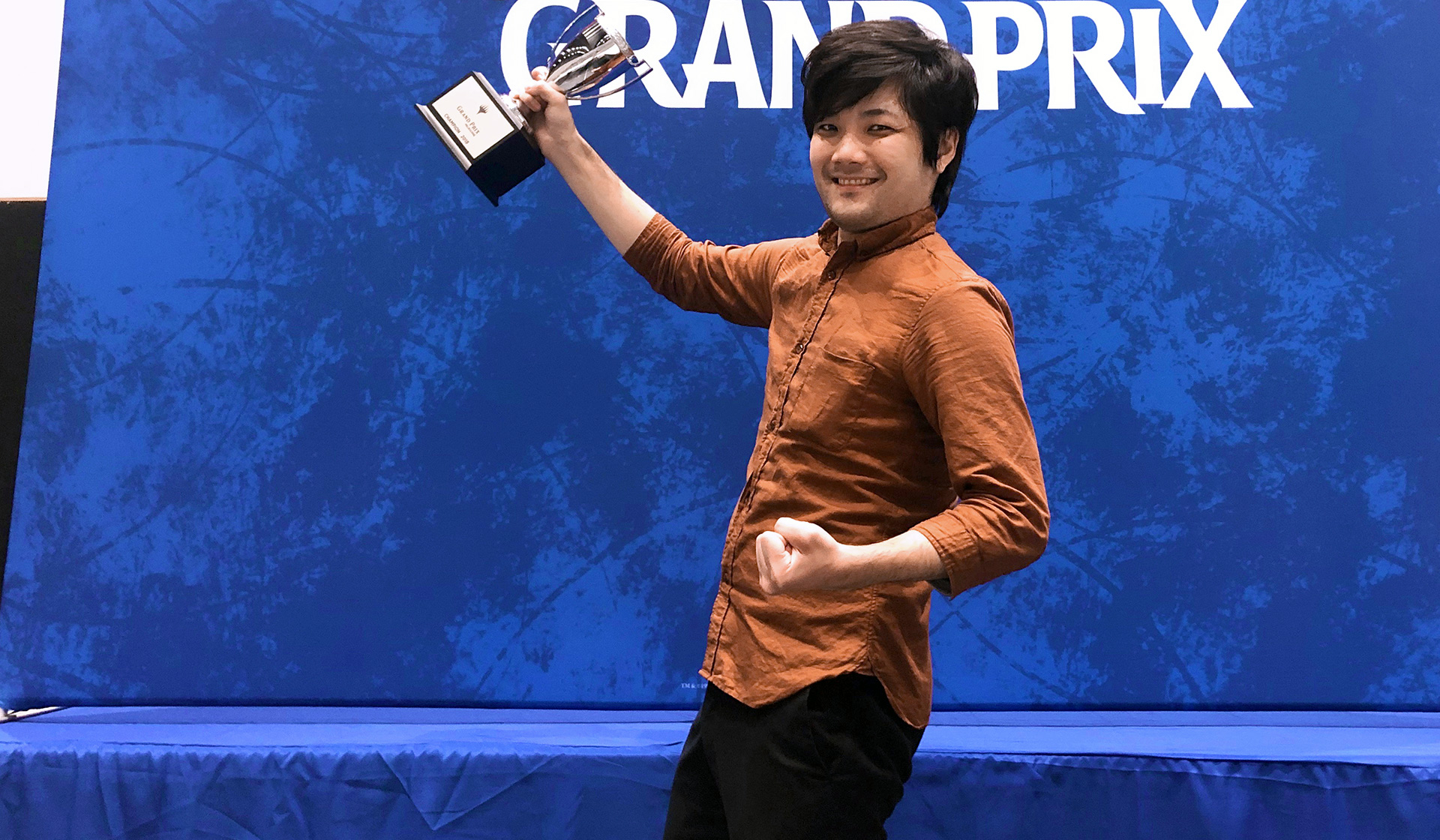 Taiga Tsujikawa has won Grand Prix Melbourne 2018! He was joined by Calvin Liu at 9-0 at the end of Day 1 and again in the Finals as they squared off in a gruelling Boros mirror match.

THE HASHTAG FOR GRAND PRIX MELBOURNE IS #GPMELBOURNE. JOIN THE CONVERSATION.

Taiga Tsujikawa has won Grand Prix Melbourne 2018! After a stunning 9-0 performance on Day 1, Tsujikawa continued his run, leading the field throughout Day 2 and entering the Top 8 as second seed after a draw will Calvin Liu, who had also 9-0’d Day 1. Tsujikawa dispatched Grand Prix Sydney 2017 Team Champion Ivan Schroder in the Quarterfinals before moving on to take down Shawn Khoo in the Semifinals, and again finding Liu baring his path in the finals.

Both had played Boros on Day 1, and both had again drafted it in the Top 8, beautifully setting the scene for a tournament defined by the aggressive Guild. Liu took Game 1, but Tsujikawa battled back to win the Finals and become the Grand Prix Melbourne Champion!

Also joining them in the Top 8 were New Zealand’s Zen Takahashi, picking up his 5th Grand Prix Top 8, Sydney’s Prads Pathirana with his second, Canberra’s Ivan Schroder with his second, Shawn Khoo, who has represented Malaysia in the World Magic Cup twice, as well as Dennis Chan, and Derik Hoh. I’m sure all of which will be eager to try and better their finish in February at Grand Prix Sydney 2019!

The Guilds are Going at it... Again! To put no finer point on it, Guild hostilities were high in Melbourne this weekend. We can try to euphemistically describe how the Boros were leading a...

Want to see what rose to the top of Grand Prix Melbourne? Then take a look at the Top 8 competitors' decklists! ...

After fifteen rounds, only eight players remained in the running for the fame and the fortune, the title and the trophy. Find out more about these people here! Name: Calvin Liu Age: 32 Home...

Shawn Khoo, Taiga Tsujikawa, and Calvin Liu finished the day undefeated at 9-0 under the Boros banner, and each cited Aurelia, Exemplar of Justice as the star of their decks. Which makes sense, right? Of course the leader of the Guild would be leading her faithful followers into battle.

141 players will be back on Day 2 to draft Guilds of Ravnica. Who will win and which Guild will they be representing? We’ll find out tomorrow!

As blossoms of spring spread across the country, the Australian Magic Community have come together in Melbourne to have their say in the growing unrest among the Guilds of Ravnica. 840 players...