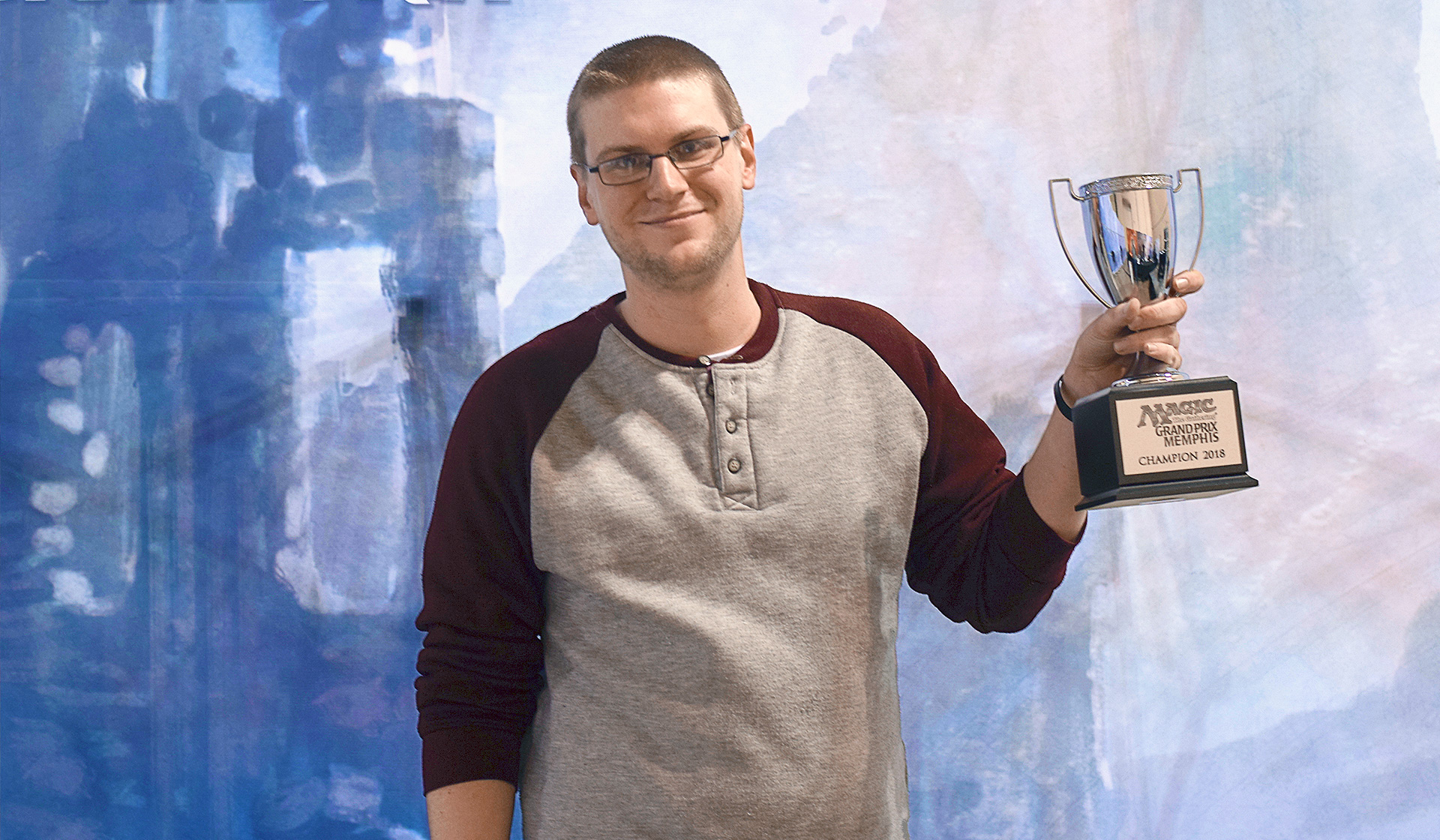 Tyler Schroeder planeswalked to victory in Memphis with Red-Green Monsters!

THE HASHTAG FOR GRAND PRIX MEMPHIS IS #GPMEMPHIS. JOIN THE CONVERSATION.

Recent bannings plus the addition of Rivals of Ixalan created a diverse and healthy metagame. With an unprecedented 20 archetypes represented in the Top 32, it was a great time to be playing Standard indeed.

After eighteen rounds of Rivals of Ixalan Standard, the field of 1082 was reduced to just one. Cruising through the Swiss Rounds and steamrolling through the Top 8, it was Tyler Schroeder who towered above all with his Red-Green Monsters deck.

Overrunning Aaron Barich in the finals with a horde of resilient beaters, he also dispatched Matthew Kling in the semifinals, as well as Pro Tour Hall of Famer Eric Froehlich in the quarterfinals. Rounding out the rest of the Top 8 were semifinalist Michael Cochran, and quarterfinalists Blake Miller, Heath Vance, and Andrew Tenjum.

Once again, congratulations to Tyler Schroeder for planeswalking to victory! You're our Grand Prix Memphis 2018 Champion!

With Standard all shook up, 1082 players arrived at the Memphis Cook Convention Center for a weekend of Standard. Only 217 made it through to Day 2, and only one stood tall at the very end. Let's...

What did the Top 8 players bring to the tables at Grand Prix Memphis this weekend? Five archetypes – and all five colors - were represented in the Top 8. Despite fears that little red men might...

After fifteen rounds of Swiss, the field of 1082 was down to just eight! Let's get to know them a little, and have them tell us about their amazing weekend. Name: Blake Miller Hometown:...

What a great time to be playing Standard! Recent bannings plus the addition of Rivals of Ixalan created a diverse metagame with numerous distinct archetypes, drawing 1082 explorers to Memphis.

Among them, only seven players secured the perfect 8-0 record, namely Matthew Kling, (22) Matt Severa, (23) Corey Baumeister, Aaron Barich, Ethan Dasher, Peter Ingram, and Charles Porges. These players would have a smoother path ascending to the Top 8, but there were still several obstacles along the way.

Technically also undefeated at 7-0-1 were (16) Brad Nelson, Thiago Saporito, and Michael Cochran. Some of the most notables players at 7-1 were Sam Black, Arix Lax, and Eric Froehlich, while several others such as Steve Rubin, Scott Lipp, and (17) Samuel Pardee also made the 6-2 cut.

Do check out our Day 1 Highlights and be back tomorrow as we continue bringing you the live action from the Memphis Cook Convention Center! Standard is looking great, so you should not miss the live streaming video coverage on twitch.tv/magic!

Trials are the best ways to earn two byes for the main event and these 25 players did so with their new Standard decks. Mono Red Aggro and Blue-Black Control take the top spots as "the" decks to...