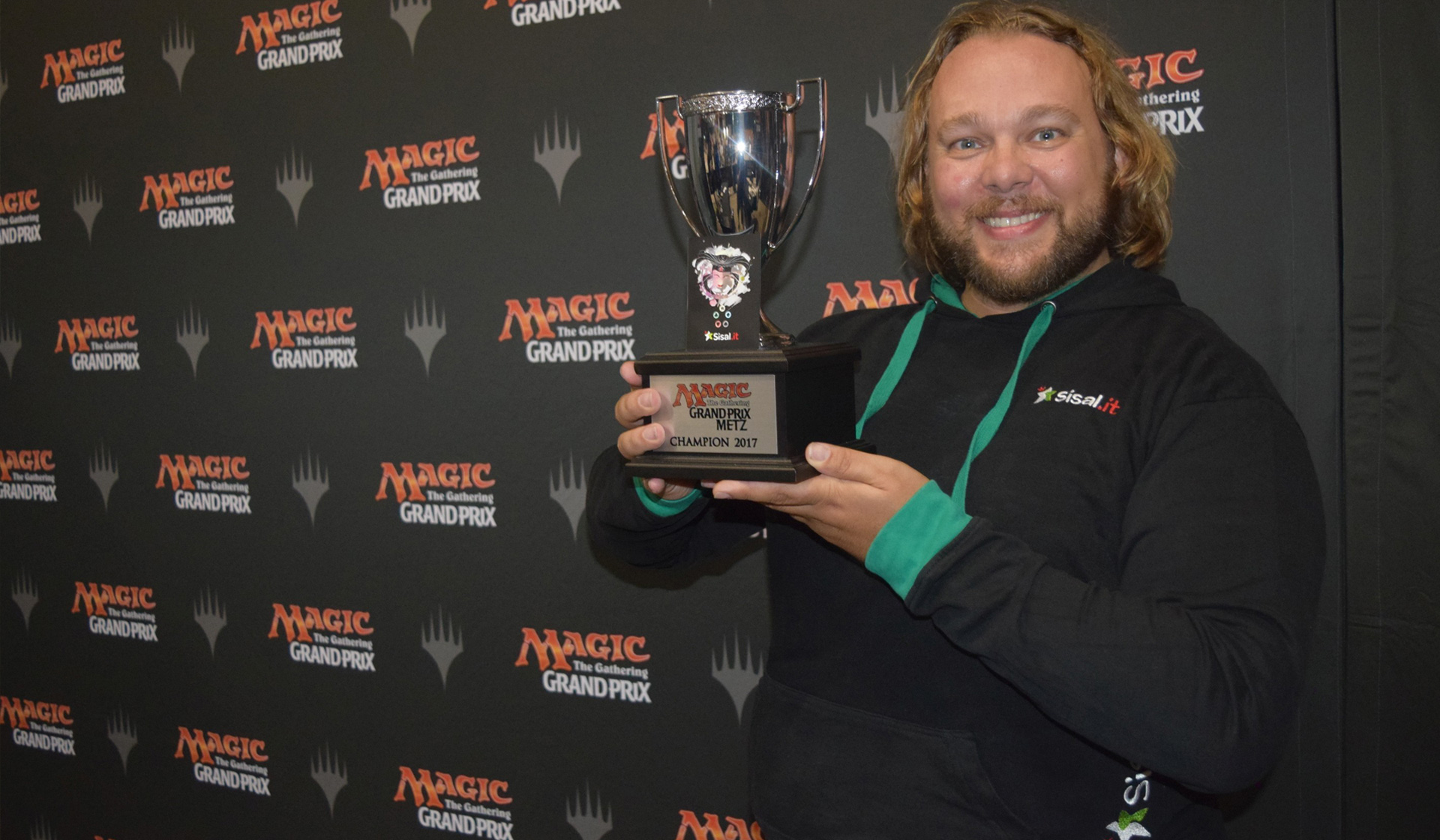 Martin Jůza had lost the finals of two Limited GPs during the current block's run already. Finding himself on the receiving end of Dreamstealer, he lost yet again, this time to Francesco Hugony, champion of Grand Prix Metz 2017!

THE HASHTAG FOR GRAND PRIX METZ IS #GPMETZ. JOIN THE CONVERSATION.

You really couldn't make up a story like that; it would be unbelievable. Add to this the fact that Jůza had lost both of his previous finals appearances and did so again this weekend. Furthermore, marvel at the coincidence that Dreamstealer had been instrumental in Jůza's undefeated Day 1 run, whereas it was instrumental in his unmaking in the finals. If you got all this, then you have the story of Grand Prix Metz 2017 in a nutshell.

With 1,485 players, Metz's was actually the biggest of the weekend's two Grand Prix events, and a number of big stories came out of it too. For the most part, the talk of the tournament was the...

After fifteen rounds, with a total of 1,477 others eliminated, only eight players remained in the running for the fame and the fortune, the title and the trophy. They sat down in the feature match...

After fifteen rounds, with a total of 1,477 others eliminated, only eight players remained in the running for the fame and the fortune, the title and the trophy. Find out more about these people...

After nine rounds of Hour of Devastation/Amonkhet Sealed Deck play, the last at the Grand Prix level, Grand Prix Metz's original field of 1,485 competitors was cut down to just 452. Leading the charge into the second day were Mitchell Manders, Elias Klocker, Cosmin Achim, Martin Jůza, and Francesco Fritto Hugony. But other notable players weren't far behind. In fact, they were hot on their heels, with Gold pros Petr Sochůrek, Pierre Dagen, Peter Vieren, and Alexander Hayne all finishing the day on records of 8-1.

So the stage for Day 2 was set, populated with familiar characters ready to command the magical spells and creatures that players had grown so fond of over the past months—all set to give the beloved Limited format a worthy send-off!

On the desert plane of Amonkhet, the second sun may have set for the first time in decades, heralding the return of the deceiver, the trespasser, usurper, the self-styled God-Pharaoh Nicol Bolas....

The main event may have only started on Saturday morning, but the action already began on Friday. Naturally, we were most interested in the Last-Chance Trials run that day as those results...