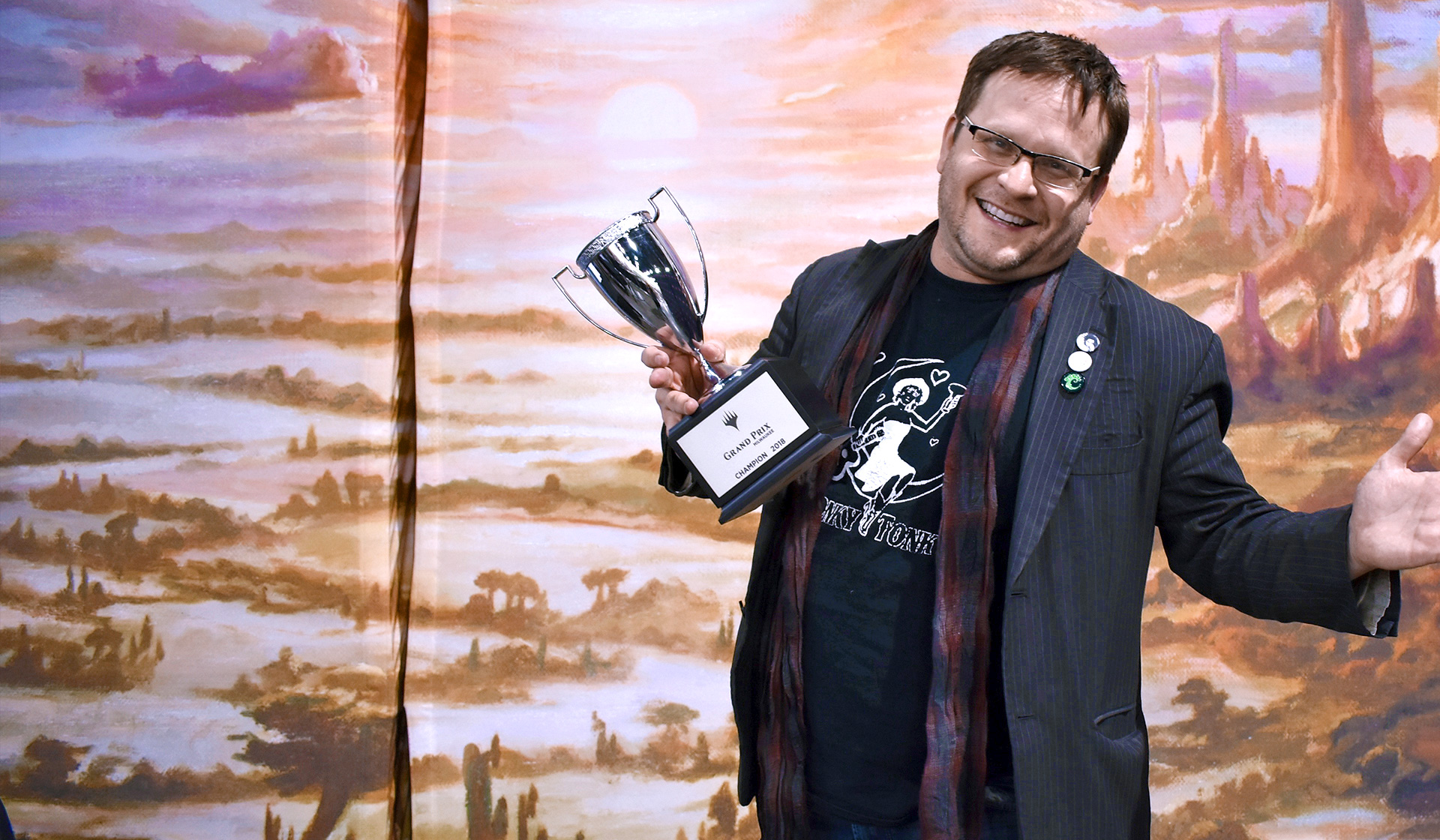 Adrian Sullivan exploded through the competition today at GP Milwaukee. 1,300 players began the tournament; 250 advanced to Day 2. One man and four dragons now stand alone with the trophy.

THE HASHTAG FOR GRAND PRIX MILWAUKEE IS #GPMILWAUKEE. JOIN THE CONVERSATION.

This weekend at GP Milwaukee 1,300 players showed up to compete for the title of Standard champion. One week after Pro Tour Guilds of Ravnica the state of the metagame was evolving quickly away from the Red-White Aggro that dominated its Top 8.

This weekend belonged to Golgari Midrange and Jeskai Control as they battled it out for supremacy. Despite the prevalence of Carnage Tyrant, it was Niv-Mizzet who claimed the title of most feared lizard in Magic, thanks in part to Expansion//Explosion.

It was an all-local finals between Madisonian Adrian Sullivan and Minnesotan Brian Lynn. A meeting of Sullivan who has been at events since about as long as the game has been around and Lynn who has just earned his first Pro Tour invite. In the end Sullivan took home the trophy and the Midwest as a whole enjoyed a strong showing.

The Top 8 was a mix of Magic heavyweights and local talent, and it showcased the two most popular decks in the tournament: Golgari Midrange and Jeskai Control. After Seth Manfield and Owen...

After aggro's commanding performance in Atlanta last weekend, the question of the Grand Prix was which decks would rise to the top in a fresh field. The answer is here, in the Top 8 decklists! ...

Players at Grand Prix Milwaukee brought decks of every flavor, and below you can get a taste of what led the field at the end of the tournament. ...

Exactly 1300 players have shown up to battle for the title of Standard champion in Milwaukee. Last week’s Pro Tour Guilds of Ravnica had a wide-open metagame in the swiss rounds of Standard, with all five guilds represented. But, with a Top 8 stacked with Red-White Aggro, it appeared this Standard might revolve around Healer’s Hawk, Ajani’s Pridemate, and History of Benalia.

At the end of the day nine players remain undefeated: Jackson Hicks, Donnie Wise, Zach Dubin, Craig Rocco, Adam Ragsdale, Kevin Jones, Isaak Krut, Luke Feeney, and Alex Olson! They’ll lead the pack at the start of Day 2. Of these players none were on Boros Aggro, with five of them on Golgari Midrange. Join us tomorrow for the conclusion of GP Milwaukee at www.twitch.tv/magic

With Day 1 of GP Milwaukee in the books let's look at the popular decks, familiar faces, and exciting moments that made up today. The Carnage Tyrant Strikes Back At Pro Tour Guilds of Ravnica...

Congratulations to all the winners of the Last Chance Trials held on Friday of GP Milwaukee. Here is a sample of the wide array of 4-0 decks: ...