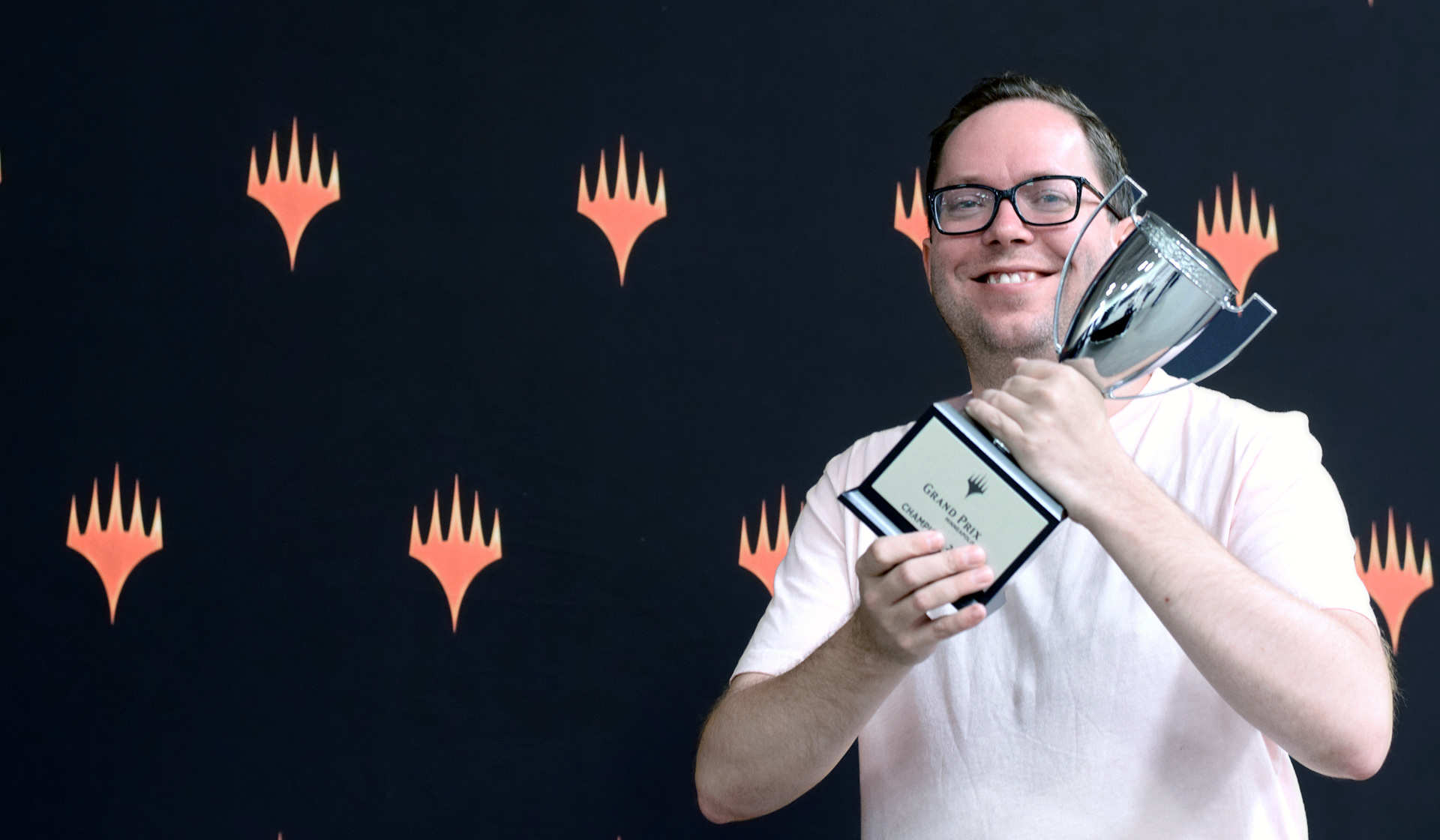 Magnus Makes a Comeback in Minnesota!

THE HASHTAG FOR GRAND PRIX MINNEAPOLIS IS #GPMINNEAPOLIS . JOIN THE CONVERSATION.

The former Magic Online Championship Series winner came to Minneapolis for the Grand Prix and Pro Tour believing it might be his last week of high-level Magic competition for a while, but an incredible run has changed all that.

The Swede dominated all weekend, making a Top 8 run and then cruising through the Top 8 with a nearly mono-white deck. His run culminated with a lopsided finals victory, completing an improbable run that has cemented his place back on the Pro Tour.

It was a fitting end to Core Set 2019's final Grand Prix, and sends Lantto into Pro Tour 25th Anniversary on a high note that surprised no one more than Lantto himself - "well, that happened," is about all he could manage after his win. But those who have watched Lantto's play over the years weren't surprised, and he's not done with the Pro Tour yet.

Congrats to Magnus Lantto, the champion of Grand Prix Minneapolis.

More than 1,300 people traveled to Minnesota to compete in Grand Prix Minneapolis, an impressive showing for the final weekend of Core Set 2019 in premier play. As people sleeved up memorable...

One draft stood between eight players and the champion's trophy at Grand Prix Minneapolis. These are the decks they drafted for the showdown. ...

More than 1,300 players began at Grand Prix Minneapolis, and the field has been whittled down to just the Top 8 - these are the players who will battle it out for the trophy. Name: Ken...

What started as over 1,300 players battling Core Set 2019 Sealed Deck ends the first day with 285 still in contention—and the race to become Grand Prix Minneapolis champion turned a corner closer to conclusion.

Among those standing tall after nine rounds include six 9-0 players: 9th-ranked Ken Yukuhiro, Craig Wescoe, Alex Sittner, Rob Pisano, Riku Kumagi and Quinn Kotecki. Not far behind there's a scrum of players ready to take the lead back: Kentaro Yamamoto, Thiago Saporito, Shota Yasooka and more are just one round back.

With the switch from Sealed Deck to Draft, the masters of pick orders and Limited ranked will put their knowledge to the test as we run two drafts to determine a Top 8. Will the players at the front of the pack keep up their run and convert it into a Top 8 and the accompanying Pro Tour invite, or will those further back make an upset run? You can watch all the drama unfold Sunday morning at Twitch.tv/Magic!

More than 1,300 players arrived in Minneapolis this weekend, and the first Core Set in years awaited them – Core Set 2019 has offered a fresh, back-to-basics approach to tournament Magic that...