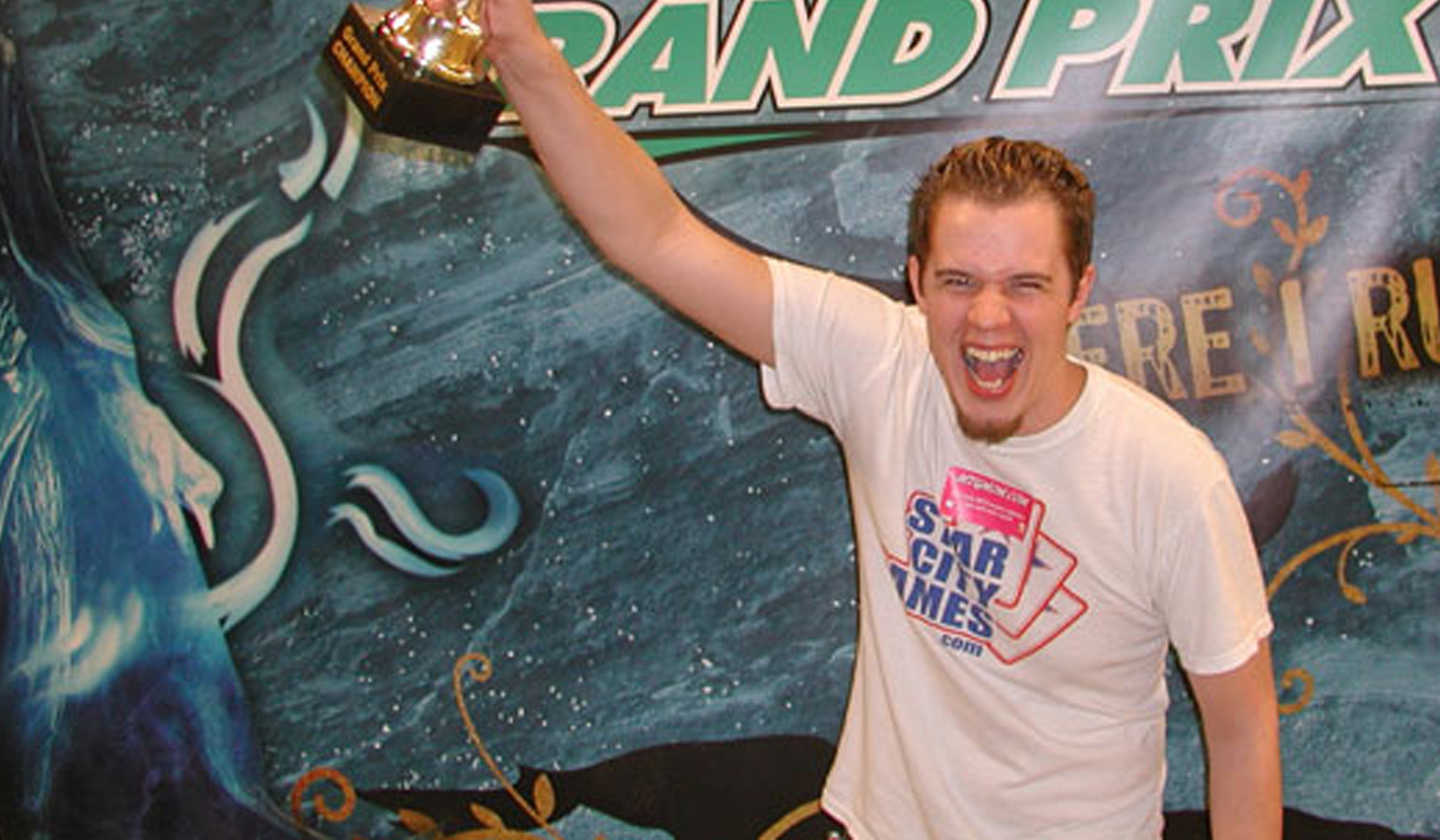 As the myriad Christmas lights brighten up the various domed sections of the Gaylord Opryland Hotel, this decadent place holds a secret. Here, almost 1,500 Magic players from across the globe met, clashed and spilled one another's blood for an entire weekend. Some blood was stained with the black of Phyrexia, some belonged to the defiant Mirran, and more still belonged to Wizards of the Coast gunslinger, Zac Hill. Artists Eric Deschamps and Daarken signed prints and chatted up the crowd and EDH generals continually hit the battlefield, while Megan and Kitt Holland delivered tasty cupcakes to whoever needed a good sugar rush.

After long days, long nights and round after round of Limited carnage, many surprises occurred, but none larger than Brad "FFfreaK" Nelson not even making it to Sunday competition. He still has a virtually insurmountable lead in the Player of the Year race going into Worlds in Chiba, but stranger things have happened. I mean, the Top 8 photo was taken on a kiddie train; that's stranger, right?

Gerry Thompson took down everyone in his way in the Top 8, got to bring home the Grand Prix trophy and a sizable check, while adding ten Pro Points to his lifetime total. Ari Lax's overlooked green monsters fought valiantly in the finals, but it was no match for Thompson's almost mono-blue forty.

While the crowds slowly dwindle and the giant convention center becomes empty once again, it's a great time to look back over the weekend, reflect on everything that happened and say, "Maybe I should have played that Golden Urn like all the pros were."

Safe Travels to all, Happy Thanksgiving to those who celebrate and I hope you're all ready for Chiba!

For approximately 1,498 players, Grand Prix—Nashville was over, their victory hopes dashed over the course of the weekend by the cruel hand of defeat. For two players, however, there was still a...

As Gerry Thompson shambled by Ari Lax he loudly grumbled, "DINOSAUURSS." Lax laughed. He'd drafted the same large-green-monster deck both drafts and even played the archetype in Sealed. "Play...

Already a Grand Prix champion once over, Gerry Thompson sat down to his Semifinals match against Conrad Kolos with one thing on his mind: getting enough Pro Points to ensure he was qualified for...

Headed into Grand Prix—Nashville, Conley Woods had publicly stated he wanted a big finish to help propel his final tally of Pro Points for the year. Well, with a Top 8 he got the finish he was...

A young up and comer, Ari Lax found himself sitting once again on the Grand Prix Sunday stage. Across the table from him in the Quarterfinals? The seasoned veteran Josh "Wrapter" Utter-Leyton of...

Kyle Stoll Kyle Stoll is making his Top-8 debut. Though he competed at Pro Tour—San Juan thanks to a great Scapeshift deck winning him the Minneapolis PTQ. His inaugural Top-8 draft was a bit...