It began with almost 1,400 players converging in the nation's heartland to battle it out in Modern competition. It ended with Larry Li holding the trophy high, as he and his Big Mana decks took down a tough Top 8 field..

But there was plenty more to the weekend than just the exciting finish. From big-mana Tron decks to the grindiest of grind decks in Lantern Control – and plenty of Merfolk and Five-Color Humans in between – Grand Prix Oklahoma City was a celebration of the Modern format.

Here are the stories that stood out to us from the tournament.

Dana Fischer is on a quest – to become the youngest player to ever advance to Day Two of a Grand Prix.

Fischer broke into the hearts of Magic players six months ago when she first began making the Grand Prix rounds, and she’s been a staple of the scene ever since. While she didn’t advance to Day Two in Oklahoma City – she just missed the cut by finishing with a 5-2 record – both her and her opponents throughout the day thoroughly enjoyed the tournament.

I made a new friend Gregory and got to play against him for fun - he got to come to #GPOKC as a Holiday present! pic.twitter.com/1umWHhgZh6

(Adam) After a full Day 1 of Modern at #GPOKC what did Dana want to do tonight? Well play more Modern in a turbo event of course! pic.twitter.com/Xopz0pstyk

Day Two eluded Fischer, but she’s now competing in Grand Prix with a bye to help – and a 5-4 finish in Oklahoma City shows just how close she is to turning the corner. We’ll be watching excitedly.

Modern is often cited as Magic’s most diverse format, and that diversity was on full display in Oklahoma City – and so too were its latest iterations.

That starts at the top, where Lantern Control entered the tournament as an unlikely favorite of sorts. The deck has undergone a transformation thanks to Whir of Invention, and with fewer Ghoulcaller’s Bell and more silver bullets to search for – plus a switch of secondary colors – it was put on the map when Sam Black made the finals of the StarCityGames.com Invitational last week with the new build.

The top tables were littered with the quirky Prison deck as the tournament wore on. And while none of the Lantern decks made it to the Top 8 – the next deck we’ll talk about knocked most of them out on Sunday – it was a strong weekend for the Codex Shredders.

If Lantern made a return, Tron made a resurgence. Eldrazi Tron, Mono-Green Tron, Black-Green Tron, Red-Green Tron – you name it, it was represented. Three copies made the Top 8, with Seth Manfield piloting black-green while Michael Byars and Julian John were on the mono-green variant. Thanks to the recent developments of Modern – including the rise of disruptive decks like Five-Color Humans alongside streamlined combo decks like Storm – players found that the best way to abuse Urza’s Tower was to not mess around with the smaller Eldrazi and instead just ramp into the huge colorless planeswalkers and Ulamog, the Ceaseless Hunger. The strategy also paid dividends against Lantern by upping consistency at the cost of early interaction, exactly what was needed to keep the Lantern Control players from stripping away all the relevant threats and hiding behind Ensnaring Bridge 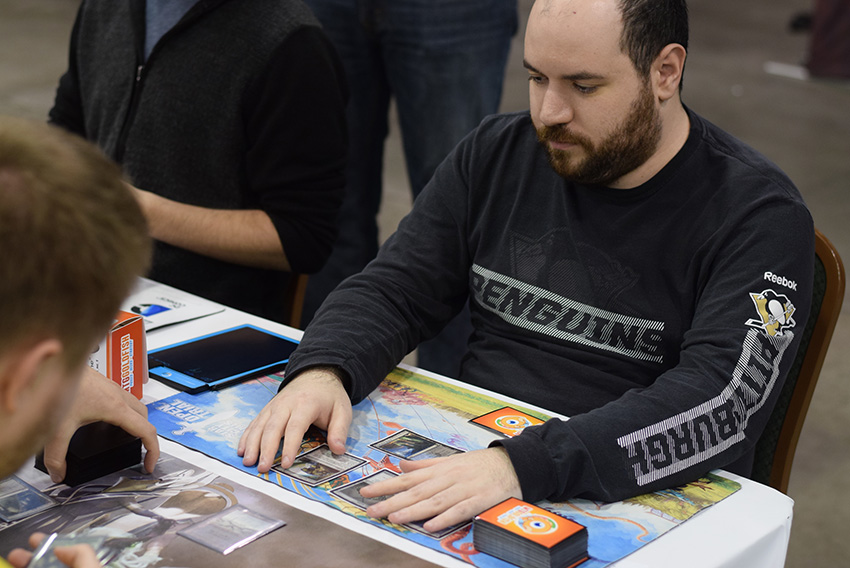 Day Two wasn’t kind to Elsik, as he and many other Lantern players fell victim to the slew of Tron decks populating the field. Still, it was a reminder to everyone in the room exactly who the original Lantern end boss was, and Elsik put up a strong defense of his Grand Prix Oklahoma City title.

Big Mana was the theme this weekend, and the Top 8 perfectly illustrated that. There were the three Tron decks in the Top 8, but it didn’t end there. Larry Li and Adam Pannone both came armed with Scapeshift, which aimed to put Valakut, the Molten Pinnacle into play along with at least six Mountains all at once to take opponents to zero life all in one fell swoop.

It was a sound strategy to fight back against Tron, even if it did suffer some collateral damage from decks aiming to attack mana bases. To make up for it, the deck had plenty of removal to manage the creature decks, and it was all backed up by Primeval Titan to just attack for a bunch in a pinch.

As it would turn out, both players took down Tron opponents on their way to a finals meeting. In that matchup, it was Li who came out on top, with Primeval Titan doing work alongside Prismatic Omen in a nailbiter of a final than came down to the final game.

It was a fitting end to a tournament defined by big mana – and it was equally fitting that Oklahoma native Li was the one to win it all. 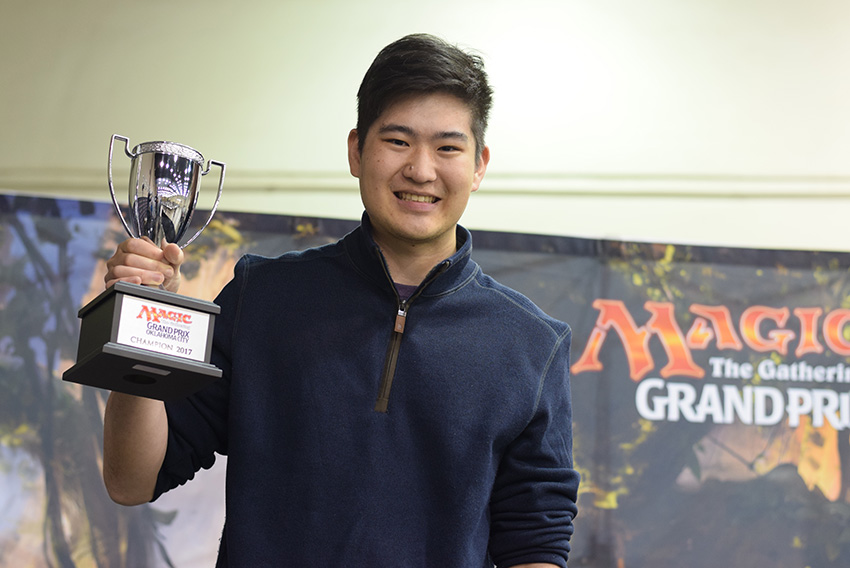