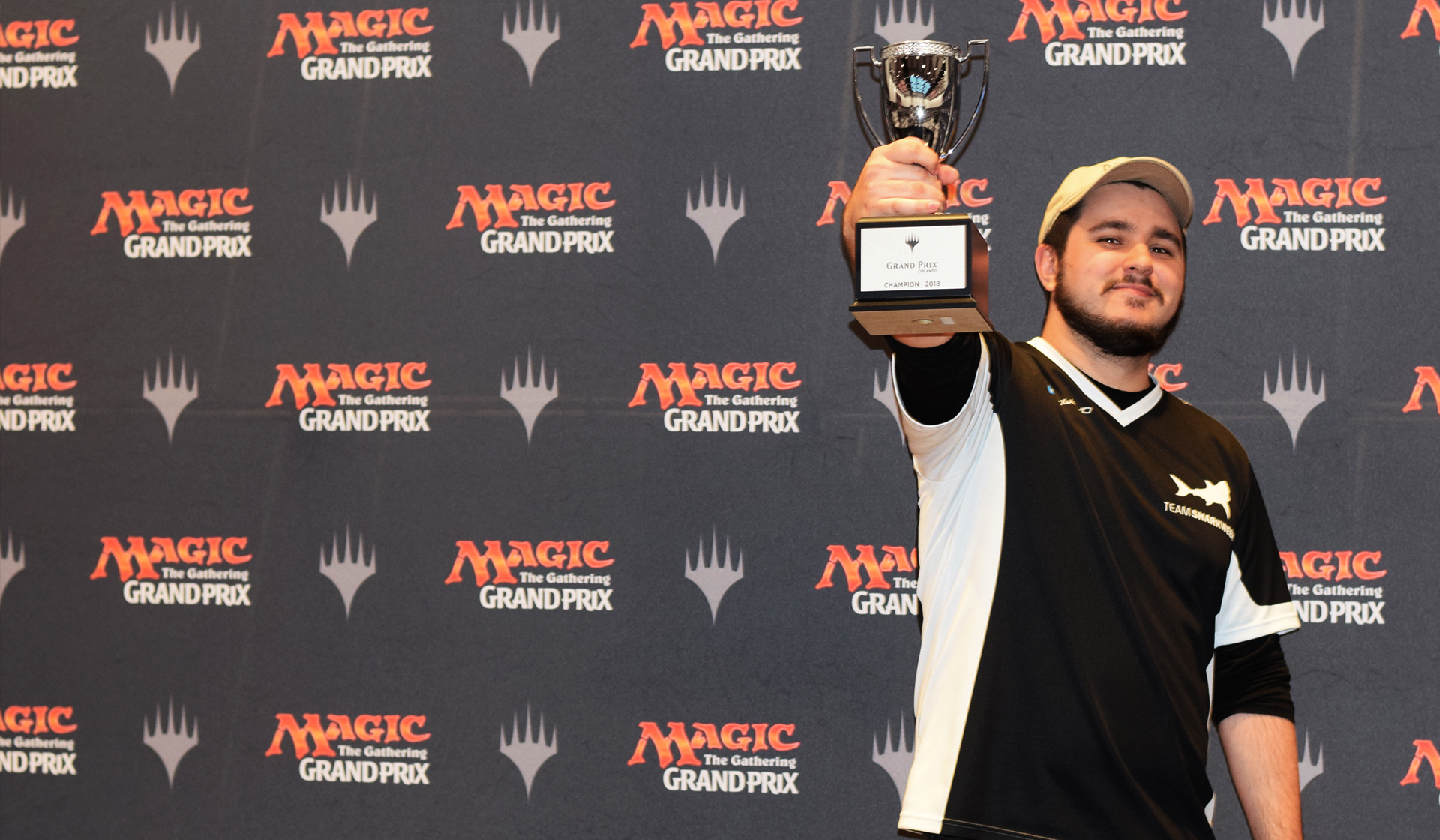 There were red decks, there were fog decks, but in the end it was Gabriel Joglar's UW Approach of the Second Sun deck that rose over all at GP Orlando.

THE HASHTAG FOR GRAND PRIX ORLANDO IS #GPORLANDO. JOIN THE CONVERSATION.

The red decks were expected. A surge in Turbo Fog decks was also expected. However, all the fogs in the world won't stop an Approach of the Second Sun. UW Approach was Gabriel Joglar's weapon of choice, although it was Teferi and some pet lifelinking cats that finally clinched the final for him over Kyle Cooper's burn-heavy Mono-Red Wizards deck.

RB Aggro was again represented heavily on Day 2, but only one (in the hands of Greg Sokol, and that a list skewed to beat other red-black decks) made the Top 8. Grixis Midrange was the only archetype to put more than a single copy in the Top 8, with the remaining three slots being taken by UB Midrange, GB Constrictor and Esper Control.

Day 1 Highlights Ahem. It's the nightmare of players, judges and coverage staff alike. You have everything all booked and then a baggage handler bangs the loader into an aircraft door and you...

After 15 rounds of Standard at Grand Prix Orlando 2018 we were left with just eight players. Let's take a look at who they are, what was their weapon of choice, and which cards performed well for...

After 15 rounds of Standard the field of 997 players was chopped down to a Top 8. The deck of the day at the Pro Tour last weekend might have been Turbo Fog, but no copies survived to the Top 8...

Decklists. Do you want more decklists? Here are the decks that finished 9-32. Normally we only do 9-16, but players were good with submitting decklists online at Grand Prix Orlando 2018 and I...

997 players turned up to play Standard at Grand Prix Orlando. After 8 rounds of play, 7 of them ended the day with perfect 8-0 records. They were Jacob Tilk, Luke Feeney, Patrick Tilsen, Andrew...

We had a hot day in Orlando and yes, Standard is still running hot with various mountain-based decks continuing to perform well. While the talk of the town at the Pro Tour last weekend might have been fancy dancy Turbo Fog decks, aficionados of red spells considered their options, found Insult // Injury and Banefire, and got back to the business of burning people (or clouting them with chains thanks to one angry chainwhirlin' goblin).

After 8 rounds of Standard action, 7 players—Jacob Tilk, Luke Feeney, Jonathan Vale, Patrick Tilsen, Andrew Calderon, Vincent Daniels and Kyle Cooper—found themselves top of the heap with perfect 8-0 records. Five chose to run red decks (4 dipping into black and 1 going all out with Flame of Keld). It wasn't all mountains, however, as the other two decks were Esper control and the interesting Reservoir Storm combo deck.

We started with 997 players. 199 will return tomorrow to battle it out over another 7 rounds of Standard followed by a Top 8.