There's always too much going on at an event to ever quite grasp all the various bends in the river, but you can try. This Ixalan Limited weekend leading into the Pro Tour in New Mexico was a barrel of fun and worth remembering.

Here are just a few of the events that happened this weekend.

The Calculator's Back to Work at the Grand Prix

You'd be forgiven if you didn't believe the following fact: (21) Christian Calcano had not Top 8'ed a Grand Prix in two years.

That seems wrong to anyone who follows Grand Prix, because for a long time Calcano was the fixture—the staple. In fact, he would often tweet about “going to work” whenever he traveled to a GP and that phrase became synonymous with the New York City native. In the last year his name's been even bigger as he's finally broken through with more Pro Tour success, and he's even got a fancy “21” ranking before his name. How could his last of seven Top 8s have been in 2015?

But alas it was ... Until this weekend. 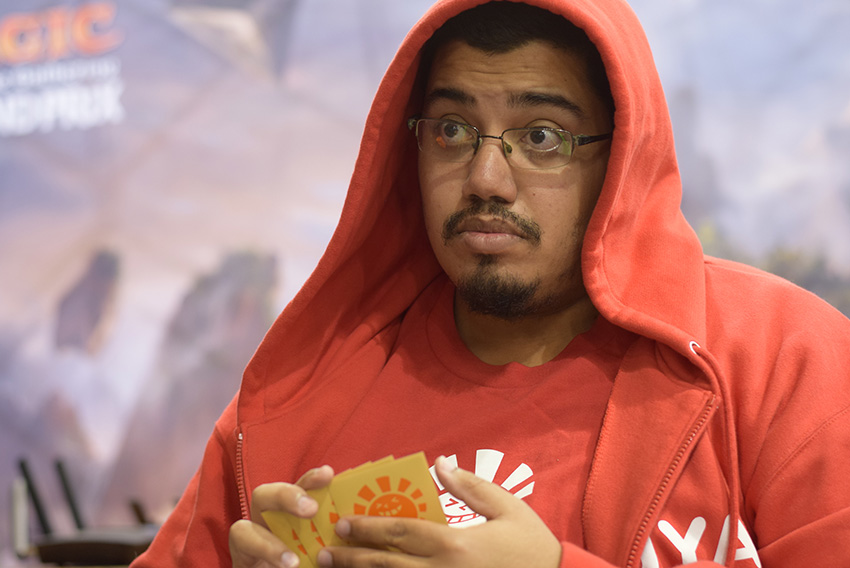 The Darth Calculator drafted the decks that made him famous—those low-to-the-ground, hyper aggressive ones—and 3-0'ed the final pod just like he needed to, netting his eighth Grand Prix Top 8.

Though his evening was cut short by an unexpected Swedish Hall of Famer, Anton Jonsson in the Quarterfinals, nothing was going to ruin Calc's great weekend at work.

Lost to one of the Limited GOATs in the QF. Had a ton of fun this weekend! Time to get ready for next week! #GPPHX #HareruyaPros

Speaking of Anton Jonsson, he was making the highlight reel well before he snuck into 8th place on tiebreakers. 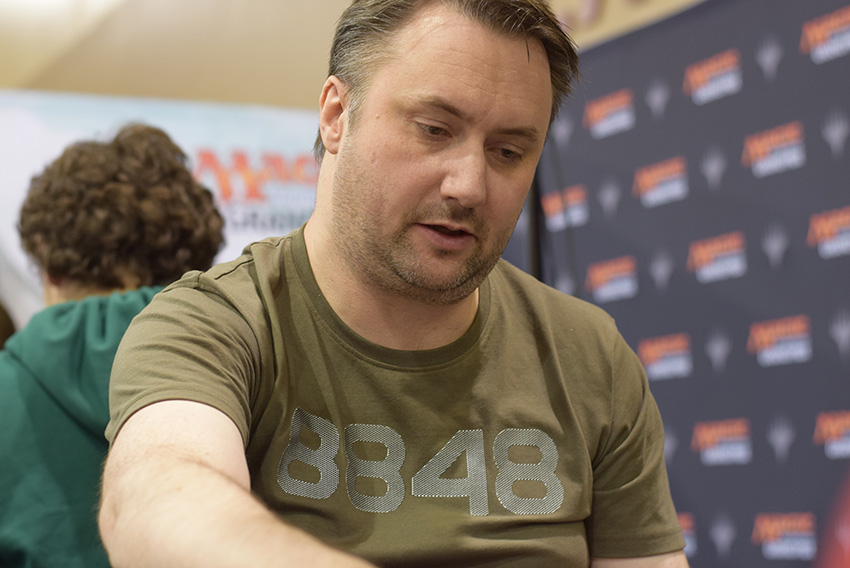 For much longer than Calcano, Jonsson's been in a dry spell. It's been a full seven years since Jonsson has seen the Grand Prix final rounds. But that's mostly because he's been in a hyperbaric chamber, having his Limited knowledge stored for future generations.

Coming out of hypersleep, he made waves throughout the weekend, and we followed his exploits closely. The Pro Tour Hall of Famer is a once and future king of Limited. Humorously, the five-time Pro Tour Top 8er is no stranger to the lights, but he was a stranger to some of his opponents—specifically Andrea Mengucci.

Didn't know my opponent was an Hall of Famer. (ouch) We had some good games on camera and I was victorious. Good run so far. 7-0 #GPPHX

Pro Tour Top 8er Andrea Mengucci failed to recognize the Pro, and it became a bit of a joke throughout the weekend.

Does @AntJons top8 at #GPPHX finally put him over the top for that ever elusive HOF ring?

It's not crazy that the young Mengucci wouldn't know Jonsson—but he sure does now! Jonsson was always a Limited specialist—4 out of 5 of Jonsson's Pro Tour Top 8s (including his finals appearance) were in 40-card formats—and he showed that he hasn't missed a step. 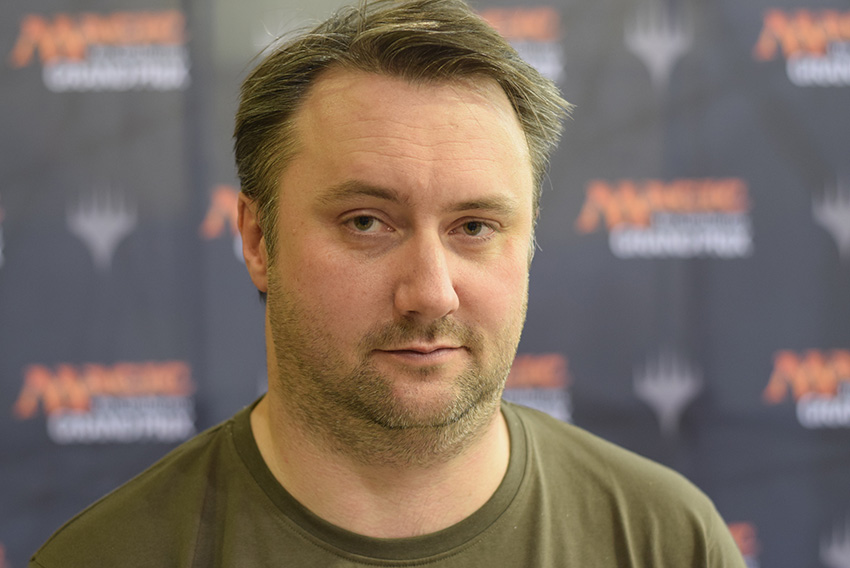 Though he lost to eventual winner Sean Miller in the semifinals, many more eyes will be on Jonsson next week at the Pro Tour—and no one would be foolish enough not to recognize him.

A bit further from the Top 8, but not much, was the stellar weekend two-time World Champion Shahar Shenhar had. After a 9-0 Day 1, Shenhar had his game face on, and he was ready to play. 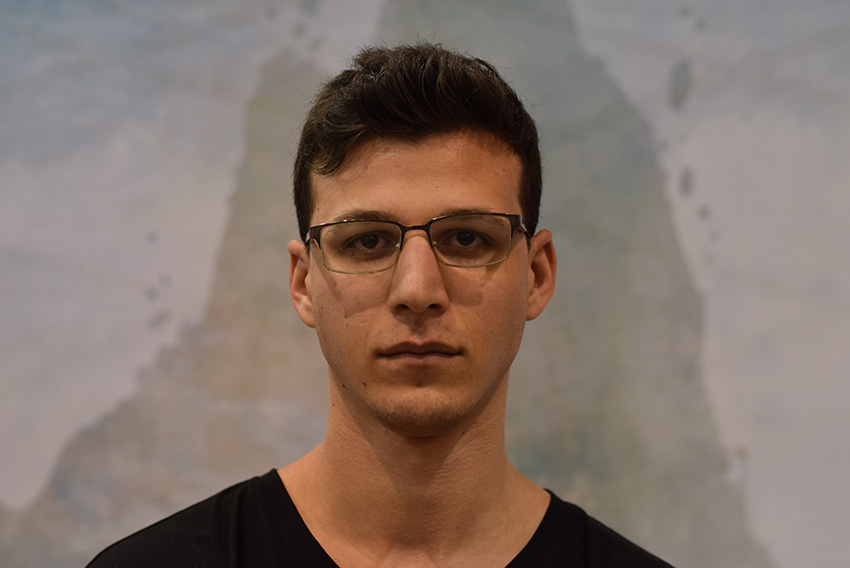 That might sound silly—a World Champion amping for a Grand Prix—but Shenhar has been out of the limelight for a while, and had not played Magic at all in the last few months. Instead he's been traveling around Israel with his family. One could jovially say “enjoying a retirement."

But Shahar is far from there. And everyone was ready to see someone who grew up in the community take back his rightful place in the pantheon of great players. I think LSV summed it up best:

It was touch-and-go for a while in Day 2, but he finished with 36 points, and was in contention for Top 8. Though he took ninth, it was great to see him ripping up the battlefield like he does the World Championship stage.

All right, this is a small one, but it's a victory none the less, and worth celebration. Consummate mensche Dave Williams has been attending more Grand Prix and Pro Tours in the last few years, and has been feeling the bug like the old days. 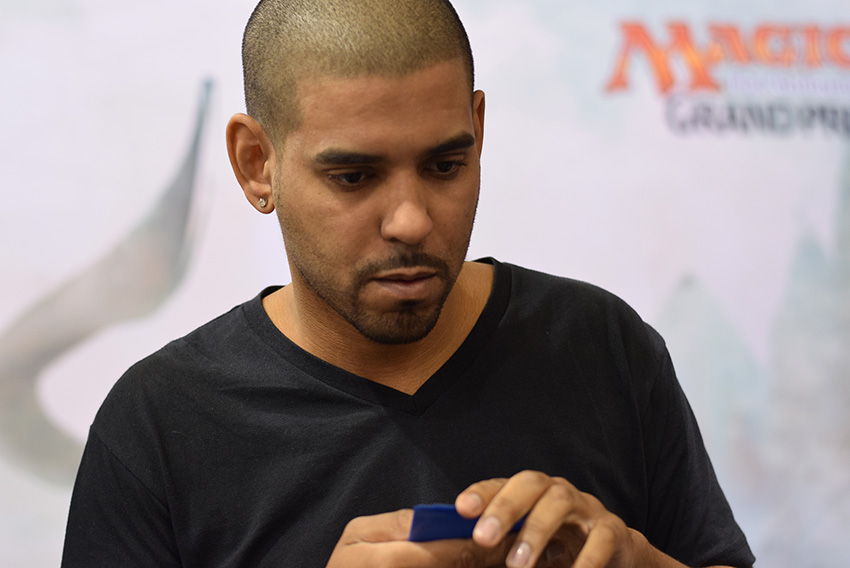 But there are problems with getting that bug back—sometimes you start overthinking and obsessing, and thinking about the wrong things. In this instance, Williams had realized that at his last four Grand Prix, he'd gone 10-2, then 0-3. He was literally 0-X after Round 12—and was in Top 8 contention every time.

This weekend, he was again 10-2 after the first twelve rounds. And again he lost his next two in a row. Each time, he was getting more and more frustrated, and couldn't believe the odds of doing so badly when it really counted. He kept shaking his head to brush it off, but nothing was working.

There was exactly one thing that could work—winning Round 15. That's exactly what Williams did. He won his last round and ended the streak. He was so satisfied after the round, you'd think he'd made the Top 8. 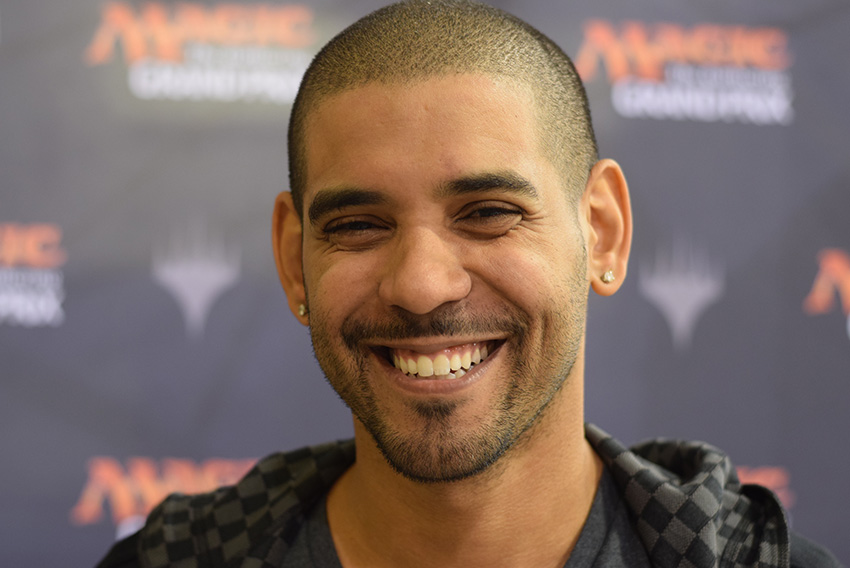 Not all moments happen in front of the cameras, but are still worth shining a little light on.

Sean Miller might not yet be a household name, in fact, he just started in earnest to try and improve his game online, but it's real clear it's working. He barreled through the first day undefeated, then despite losing the last round of Swiss to Paul Dean, made it to the Top 8. 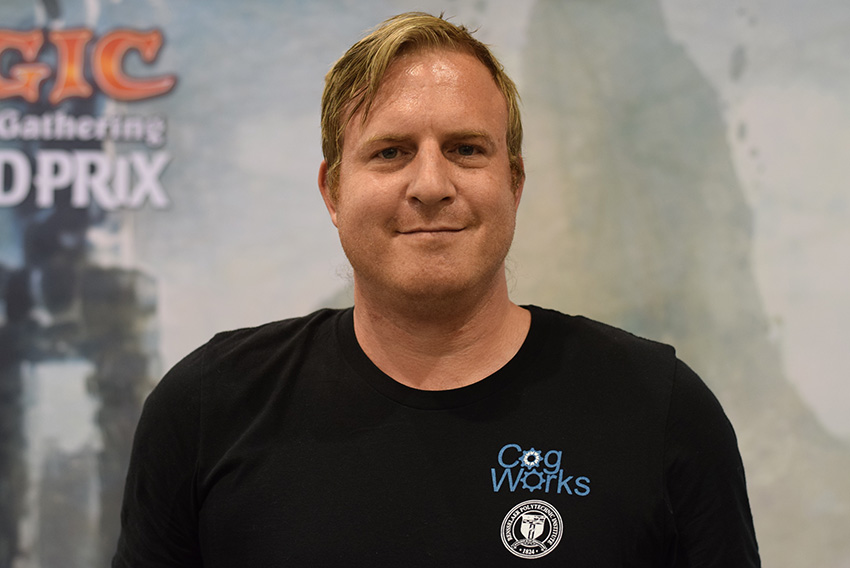 And once there, he drafted a consistent, if unexciting Red-White deck, and just rocked it all the way through the finals. He beat both Hall of Famer Anton Jonsson and the benevolent duke of men, Reid Duke on his way to the trophy. 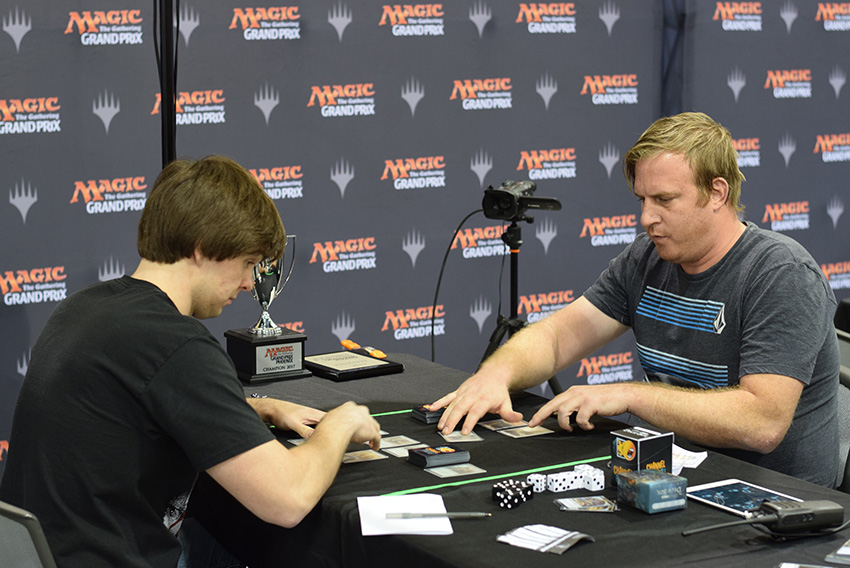 There was plenty to single out about Miller that made his win worthwhile—his eight years of Naval service, his earnest attempt to get better and better at the Classic Tetris World Championships, or his emphasis and pride he takes in his college degree he's working on in graphic design. But something that stood out the most was just how nice he was.

People who knew him pointed out to me and on Twitter all weekend that he's one of the nicest guys in Magic. In that way, it was quite fitting that he met Duke in the finals—though better-known person with such an honorific.

In a solid three games, where Miller only fell victim to Wakening Sun's Avatar once, Miller earned not just a trophy but it also seemed he earned a bit of his nice-guy title that people spoke of. I was certainly converted.

It was a great story, and many of us are excited to see Miller on the Pro Tour. 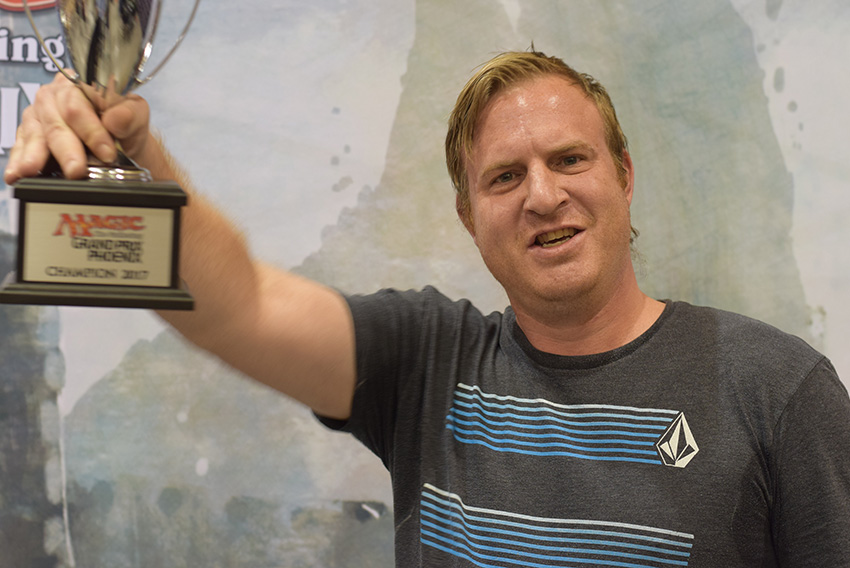 And in closing, because I know people are exciting to see the evolution of Ixalan Standard going into the Pro Tour, I found some of the decklists from the PTQ Top 8. Though some of the lists were lost to the annals of time, I have the winning decklist and a few more.

It was with the power of Vraska, Relic Seeker out of Victor Grassato's Four-Color Energy that earned him the spot on the Pro Tour.

1 Cast Out 2 Search for Azcanta

That's a good portion of the excitement this weekend, and there's plenty more where that came from next week at Pro Tour Ixalan. See you there!