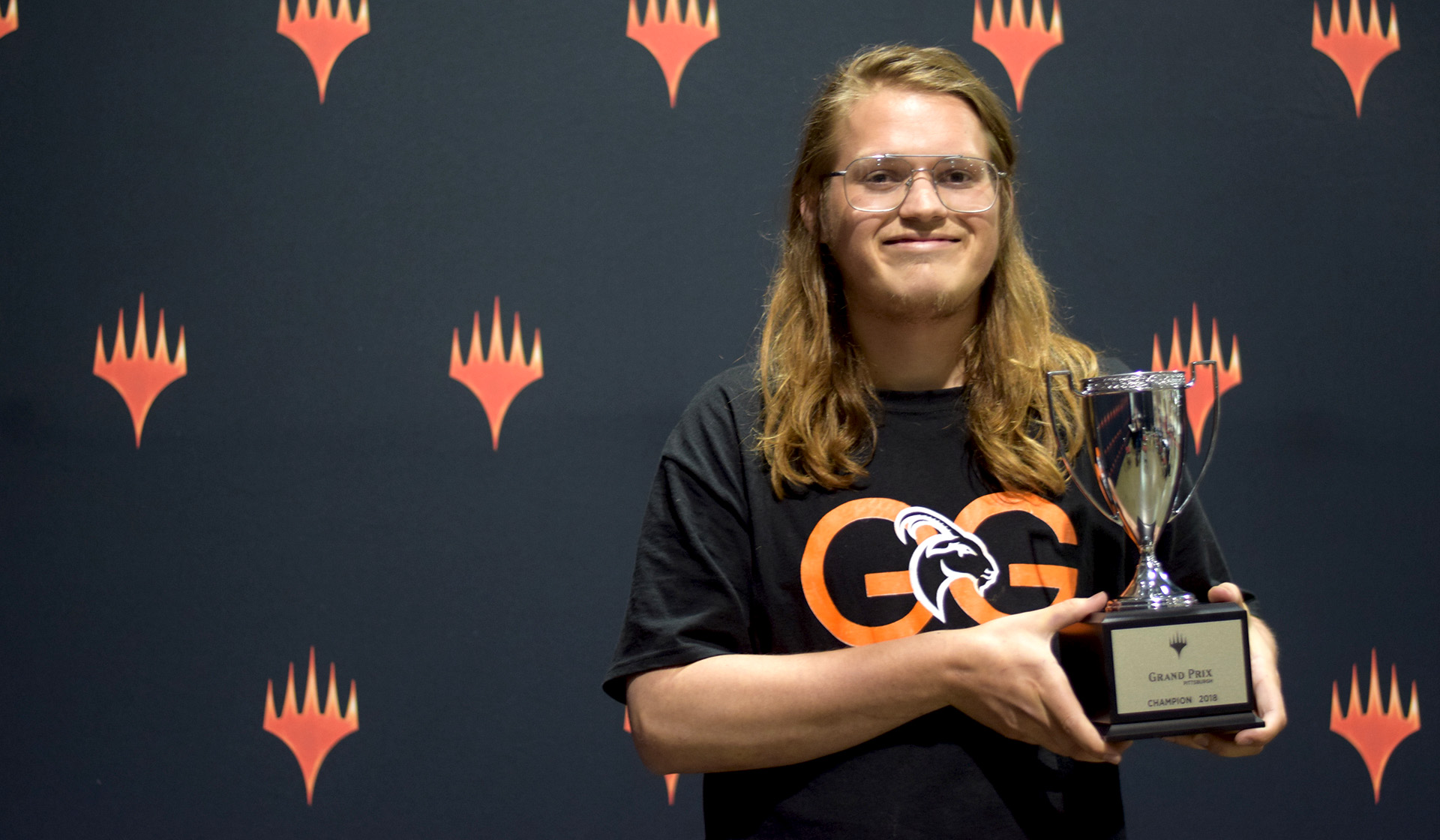 THE HASHTAG FOR GRAND PRIX PITTSBURGH IS #GPPITT. JOIN THE CONVERSATION.

The finals came down to Braham Thomas, from Saint Charles, Illinois, on Mono-Red Aggro, versus Oliver Tiu, the 2015-2016 Rookie of the Year and Constructed Master, on Blue-Black Midrange.

In game one of the finals, it looked as though Tiu might stabilize when he exiled Thomas’s Hazoret with a Vraska’s Contempt that left him at three life. A few turns later, however, Thomas had the lands he needed to eternalize an Earthshaker Khenra, and Tiu, without an answer, conceded.

In game two, Tiu couldn’t seem to get off the back foot, despite Thomas’s fairly slow start. While a Yahenni’s Expertise from Tiu kept the board clean, a Chandra for Thomas provided card advantage and a lingering threat. Thomas brought the whole tournament to an explosive conclusion when he used Chandra to make the mana he needed to cast a kicked Fight with Fire, targeting Tiu for lethal.

Day 2 of GP Pittsburgh began with 198 of the original 929 players returning to fight for a place in the Top 8. Seven players with perfect records of 8-0 topped the standings, with two more at...

Below are the Top 8 decks from GP Pittsburgh, after fifteen rounds of Swiss. Congratulations to the GP Pittsburgh Top 8! ...

Below are the decks that placed 9-32 at GP Pittsburgh after fifteen rounds of Swiss. Congratulations to all of this weekend's competitors! ...

To answer the question "Are Goblin Chainwhirler decks still the best decks in Standard?" is beyond the range of one tournament—and Pittsburgh's Day 1 undefeated results reflected a room full of people on—and against—the plan. Of the nine undefeated players on Day 1, four played Goblin Chainwhirler. The rest leaned hard into control. Nobody seemed to agree on what the solution was but everyone was ready to fight for it.

To find the answer players will return for Day 2, with live coverage beginning at 9 AM EDT on twitch.tv/magic—don't miss it!

If Goblin Chainwhirler was going to be dethroned from Standard, it didn't start on Friday. Six of the eight Standard Last Chance Trial winning decklists played up with aggressive red plan. Whether...