Porto Alegre is home to a very esteemed player. A household name to most non-Mugglefolk, if you will. Of course, I'm referring to Hall of Famer, Paulo Vitor Damo Da Rosa.

How can coverage be complete without paying tribute to the “winningest” Brazilian Magic Player of all time? Let's check in, and say “hi”! 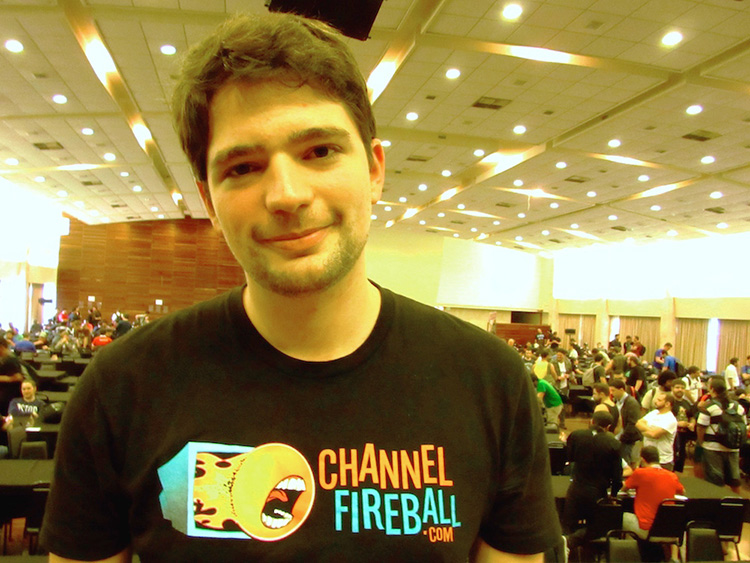 A Trip Down Memory Lane

“As a matter of fact, I just got home a couple of days ago. I was out of the country for the past month and only just returned from Grand Prix Quebec. The fact that I get to sleep in my very own bed before a Grand Prix is a luxury I haven't enjoyed in a long time.”

Contrary to popular belief, this is not the first time that Porto Alegre has hosted a Premier Event. Back in 2004, she hosted her very first Grand Prix, utilizing the now-defunct format of Rochester Draft. I would have loved to have a chat with Jose Barbero (which would have been a great story!), one of the top Latin American players during that era, but he is most unfortunately not in attendance.

“Oh yes, that was actually my very first Grand Prix Top 8! I was only 17 at that time!”, Damo Da Rosa fondly recalls. I rummaged through the Coverage Archives and uncovered this forgotten gem. 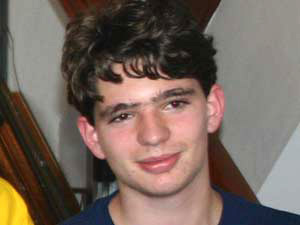 In just a decade, the “relatively-unknown” kid has now chalked up 16 additional Grand Prix Top 8s and 10 Pro Tour Top 8s, transforming into a full-fledged Hall of Famer as we know today.

How Does The Tenth Feel?

Having just finished in the Top 8 of Pro Tour Battle for Zendikar a fortnight ago, it was a momentous occasion for Damo Da Rosa. Despite tying the legendary Kai Budde for lifetime Pro Tour Top 8s, he is nowhere close to catching up with Jon Finkel, who also made the Top 8 the very same event. As seen on last week's Arcana, close friend Luis Scott-Vargas wasted no time congratulating PV on his 10th Pro Tour Top 8, while taking a well-spirited jab at him. 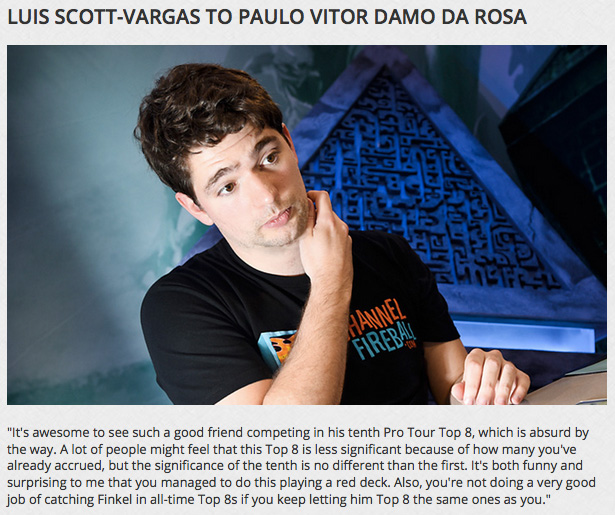 Despite Damo Da Rosa's very, very, VERY impressive resume, he has his insecurities too.

“I'm very happy of course, but this Top 8 feels very different from the previous 9, to be honest. It's very reassuring. It's my first big result in the last couple of years and there was a point where I felt like I couldn't compete anymore. The fact that I made it again makes me feel like I could play at the highest level again.”

Looking at his statistics, one can understand why he would use the word “reassuring” and why his past few seasons have been “unexciting”. Aside from 2007, Damo Da Rosa has never experienced such a long drought, and we're referring to a mere three silent years between 2012 and 2015.

Then again, all things are relative and what Damo Da Rosa deems “unexciting” might be everything that most other Magic players can only dream of. 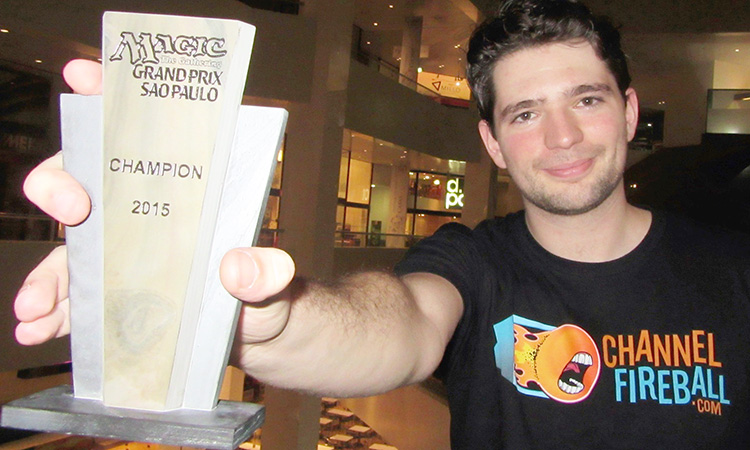 Also, as the defending champion of the previous Brazilian Grand Prix, all eyes fall upon Damo Da Rosa as he is expected to put up a yet another good show. Just around half a year ago, Damo Da Rosa picked up his 2nd Grand Prix title at São Paulo with a bunch of Dragonlords at his side.

Paulo Vitor Damo Da Rosa teaches you how to train your dragons.

Of course, that happened during the last season and this victory (coupled with many other strong finishes) catapulted him ahead in the Pro Point race against fellow Hall of Famer Willy Edel, as well as Platinum Pro Thiago Saporito, to claim his spot on the upcoming World Magic Cup as the Brazilian National Champion.

Damo Da Rosa wasn't on the team last year when Edel and Saporito brought theirs to a Top 8 finish, but he is happy to give it a go this year.

But for now, let's focus on attacking Modern. What has PV decided to bring to the tables this weekend?

“I haven't had much time to practice because I was focused on other formats, so I decided to play something I'm comfortable with.”

Sure enough, when he took his deck box out of his backpack, I was not surprised to see him armed with Splinter Twin in his 75. Except that he has eschewed the Black splash of Kolaghan's Command which he brought to the World Championship, and replaced them with White cards such as Restoration Angel and Wall of Omens.

Naturally, he is sporting the usual suspects such as Deceiver Exarch and Kiki-Jiki, Mirror Breaker, as well as the standard Modern staples of Serum Visions, Remand, Snapcaster Mage, Path to Exile and Lightning Bolt. In a nutshell, a Jeskai Control deck that has access to the combo kill.

“The White cards are worse against other combo decks, but much better against the fair decks such as Jund or Grixis. My deck is nothing special, but my choice is a result of an estimation that the field will be 'fairer'.” One can certainly see his point. You certainly don't want Wall of Omens, Restoration Angel and Path to Exile against Amulet Bloom or Griselbrand. In addition, he is also sporting a second copy of Keranos, God of Storms in a bid to outlast the grind.

When questioned about the prevalence of new archetypes, Damo Da Rosa naturally replied with the possibility of Retreat to Coralhelm and Bring to Light decks. However, he was quick to add that “no matter how popular a deck is in Modern, it will just be the 10%”.

I also quickly noticed that his sideboard was lacking in trumps and Damo Da Rosa's explanation was this.

“Do we play 2 Blood Moon, 2 Stony Silence and 2 Rest in Peace, clogging up 6 sideboard slots? Or should we play 6 cards that are good against all types of control and combo decks. Instead of having one or two copies of a very narrow trump for one particular deck, I've decided to have five or six 'general answers' against all decks.”

Very powerful, but very narrow, sideboard cards are not what PV wants today.

In particular, he recalls playing with Blood Moon in his past two Modern tournaments, and only boarded them in once over two weekends. “When you have cards that are as specific as Blood Moon, you run into the problem of it being entirely useless in your sideboard. Also, as another example, I've chosen to play with Wear // Tear over Stony Silence today. While that is worse against Affinity, I can actually board in Wear // Tear against Amulet Bloom. Today, I'm going with more 'general' cards, such as Dispel, Negate and Vendilion Clique.”

I bade him goodbye for him to get a quick break just as Round 3 is about to end. The Pride of Brazil is just getting started.