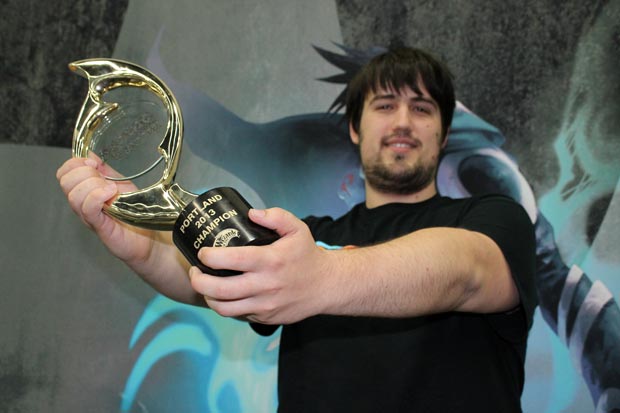 To quote Sam Pardee's Twitter profile, "I'm in the business of winning Magic games, and business is booming. #yolo #pardeetime".

Sam Pardee came within a match of winning Grand Prix Toronto last December with the powerful Melira-Pod archetype. Despite winning every match leading up to that, he ultimately succumbed to Willy Edel in the Finals.

This weekend, he did even better - winning the whole thing with a tuned version of the deck that featured Voice of Resurgence. Pardee piloted the deck to perfection all weekend, making the deck look simple to play despite how many plays the archetype is capable of. Whether he was gaining millions of life by assembling the combo of Melira, Sylvok Outcast, Viscera Seer, and Kitchen Finks, or simply beating down with a Reveillark like he did against Joe Demestrio in the Finals, Pardee has proven himself to be the premiere pilot for the powerful Melira-Pod archetype.

For Sam, when it comes to Melira-Pod, it's not work. It's Pardee-Time.

2 Avalanche Riders 4 Leyline of the Void