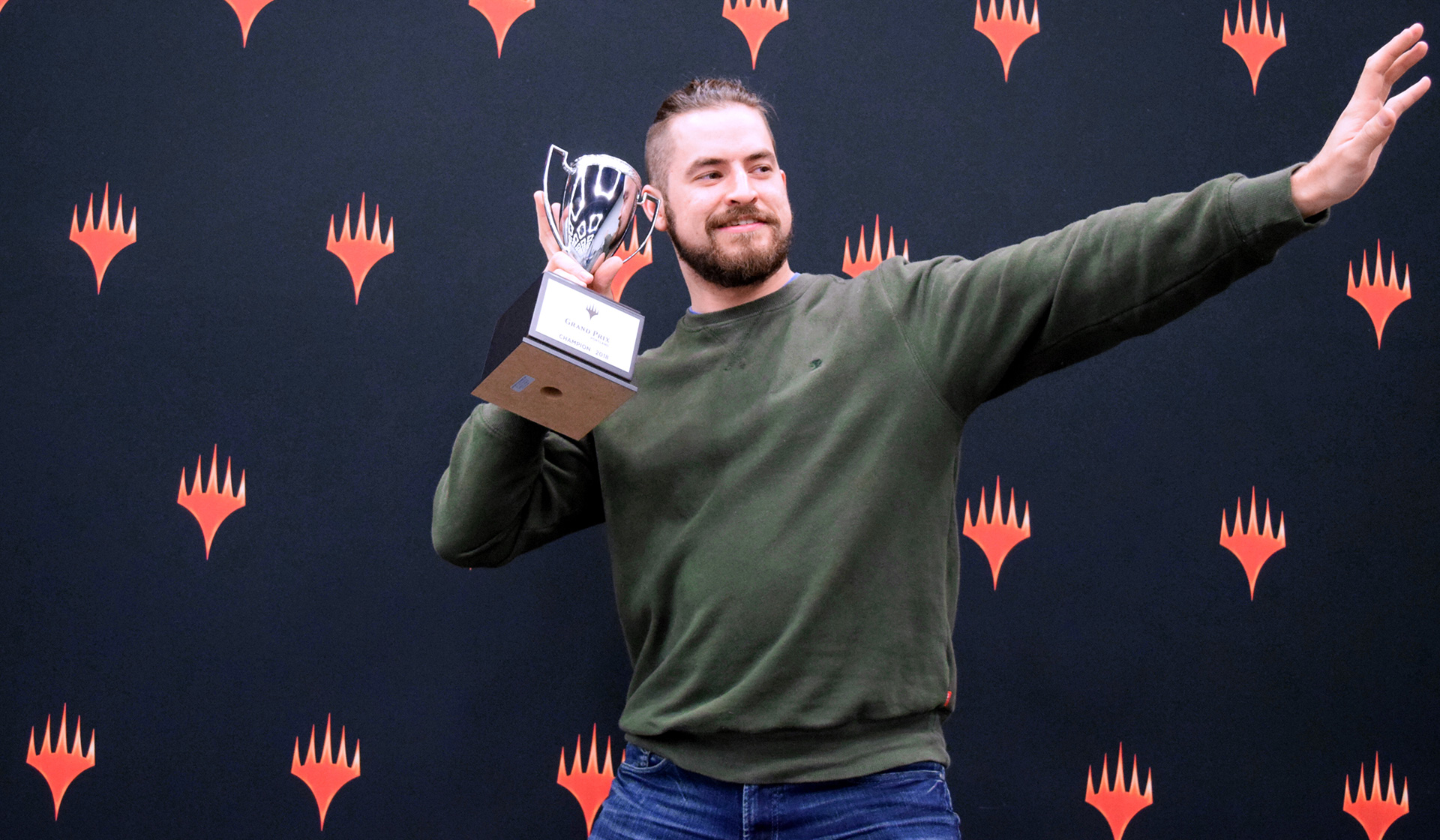 THE HASHTAG FOR GRAND PRIX PORTLAND IS #GPPORTLAND. JOIN THE CONVERSATION.

Modern is popular, fun and powerful. Just ask Tyler Putnam, who emerged from the 1,765 player pack to claim a Grand Prix trophy in Portland. Playing Grixis Death's Shadow, one of the seven unique archetypes across Top 8, he defeated Daniel Geiter with Black-Green Midrange to claim victory.

While there were plenty of action on Sunday—from Yuta Takahashi notching his thirteenth Grand Prix Top 8 to both Matt Nass and Sam Pardee narrowly missing another Modern Top 8 in the last round—the spread and change of decks in the format was clear. Bant Spirits was a favorite for players coming in, but the popularly—and power—of Izzet Phoenix put two copies of that deck into the Top 8. The Modern metagame is never truly settled, as the power of Death's Shadow returned to take the top slot.

But with the dust settled and the lights shut down, the Modern nod this time goes to Tyler Putnam—champion of Grand Prix Portland 2018!

Sunday was a busy day in Stumptown. From the 1,765 players that started on Day 1 a whopping 322 returned for Day 2—and the Modern field was wide open. While stars like Yuta Takahashi added to...

Want to see what rose to the top of Grand Prix Portland? Then take a look at the Top 8 competitors' decklists! ...

Just missing out on the elimination rounds were these eight players, who took their decks to the Top 16 of Grand Prix Portland. ...

From the 1765 players start started the day, just 322 came through to make the Day 2 cut to return for the chance at Grand Prix glory. Multiple Grand Prix champions Matt Nass and Sam Pardee are among the several pros still in contention, with Ben Weitz among the eleven players that emerged with an 8-0 record.

Seven more rounds stand between our champion and their Modern trophy. The action continues tomorrow from Grand Prix Portland.

Portland started with a cascade of players—1765 to be exact—and a cavalcade of Modern followed. Eight rounds of tournament action, with some players on their own quests and even those on their...

Among Magic players, Modern carries the reputation of being "anything goes" where popular decks live alongside the creative creations that become the next best deck. At Portland, there were 47...