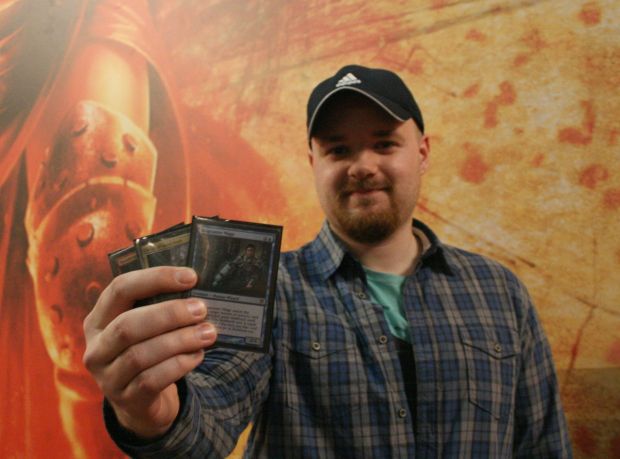 e have been spoiled by great Magic the entire weekend here at Grand Prix Prague. 1,396 players came to enjoy the Modern format, with players ranging from local FNM'ers to seasoned pros practicing for the next Pro Tour. After 9 rounds on Day One the big story was a deck built around Fist of Suns and Emrakul, the Aeons Torn. Together with 184 others, it made it to the second day of competition. Among the eight who then fought valiantly enough to make it to the single elimination rounds, 9th ranked Jeremy Dezani was the biggest name. But he fell already at the first hurdle in the quarter-finals. Instead it was 27-year-old Croatian Vjeran Horvat who took his countries colors Red and White, added Blue and played well enough to claim the trophy. With a deck built around Geist of Saint Traft, removal and countermagic he defeated creature decks all weekend and his final opponent's Red/Blue Splinter Twin deck proved no different.

The Modern format also came out strong this weekend showing a variety of decks that hadn't made the big stage before. We leave the tournament halls with fond memories of Fist of Suns, Blue/Red Delver of Secrets, Mono Green Devotion and even an Infect deck that made the top 16.

Until next time, we take off our Modern Hats, fill them with moth-balls and say... Congratulations to Vjeran Horvat, champion of Grand Prix Prague 2014!

4 Liliana of the Veil 1 Garruk Wildspeaker

2 Huntmaster of the Fells 2 Sowing Salt

3 Liliana of the Veil 2 Garruk Relentless