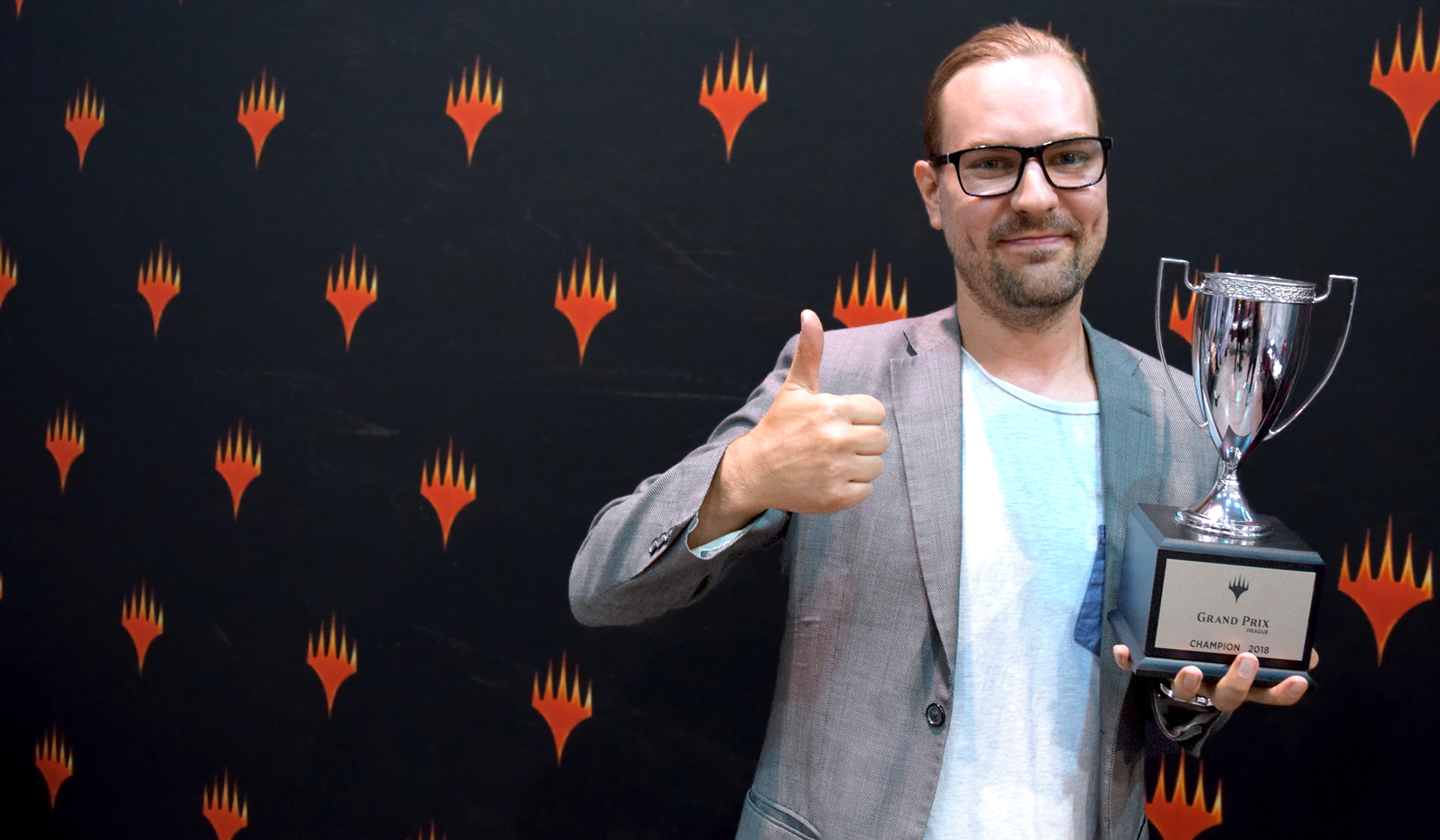 Playing Hardened Scales in Modern, Lauri Pispa defeated all comers, including Theau Mery in the finals, to become champion of Grand Prix Prague 2018.

THE HASHTAG FOR GRAND PRIX PRAGUE IS #GPPRAGUE. JOIN THE CONVERSATION.

With an original field of 1,999 cut down to 377, the second day began with Modern showing itself from its best, its weirder side. One match involved the casting of Zacama, Primal Calamity, another involved tapping Astral Cornucopia for an arbitrarily large amount of mana to create sheer infinite Snakes with Orochi Hatchery!

Later on, the hijinks subsided a little, but still there were news to report from the metagame side of things. For one thing, this was kind of the breakout event for Spirits. With the help of recent addition Supreme Phantom, two Spirit decks made it to the playoffs and another two placed within the Top 32, rivaling Humans for the most successful tribal deck in modern Modern. Meanwhile, White-Blue Control took the largest share of the Day 2 metagame, but remained largely absent from the Top 8. It still was by far the biggest player in the Top 32 though.

In the end, the biggest player in the Top 8 proved to be Lauri Pispa, who took his Hardened Scales past all opposition. In the semifinals, Pispa won a nailbiter against Ondřej Stráský who got Pispa down to 1 life before the latter shot 19 points worth of Walking Ballista at Stráský. In two games of the finals, Theau Mery and his Humans stood no chance against the incoming robots either.

1,999 players registered for the warmest Grand Prix of the summer in the Czech Republic this weekend. Modern was on the menu and the format continues to prove it's popularity and ability to...

After fifteen rounds of Modern, with a total of 1,991 others eliminated, only eight players remained in the running for the fame and the fortune, the title and the trophy. Find out more about...

After fifteen rounds of Modern, with a total of 1,991 others eliminated, only eight players remained in the running for the crown. Find their decklists below! Humans and Spirits vie for the title...

The pilots of the following decks didn't make it to the playoffs, but they came pretty close. Yuya Hosokawa, Timo Seegelken, and Leszek Luty even managed to reach the same point totals during the...

Players were partying like it's 1999, and in total they were, that is, 1,999. This relatively high turnout, combined with the many players on three byes, gave us a whopping thirteen players who...

Join us and them and 364 others on Sunday for more Modern action and for the epic conclusion of Grand Prix Prague 2018!

Almost 2,000 players brought their best Modern decks to the tables in Prague today. Here are some of the stories that stood out in the toughest and certainly hottest competition this weekend. A...