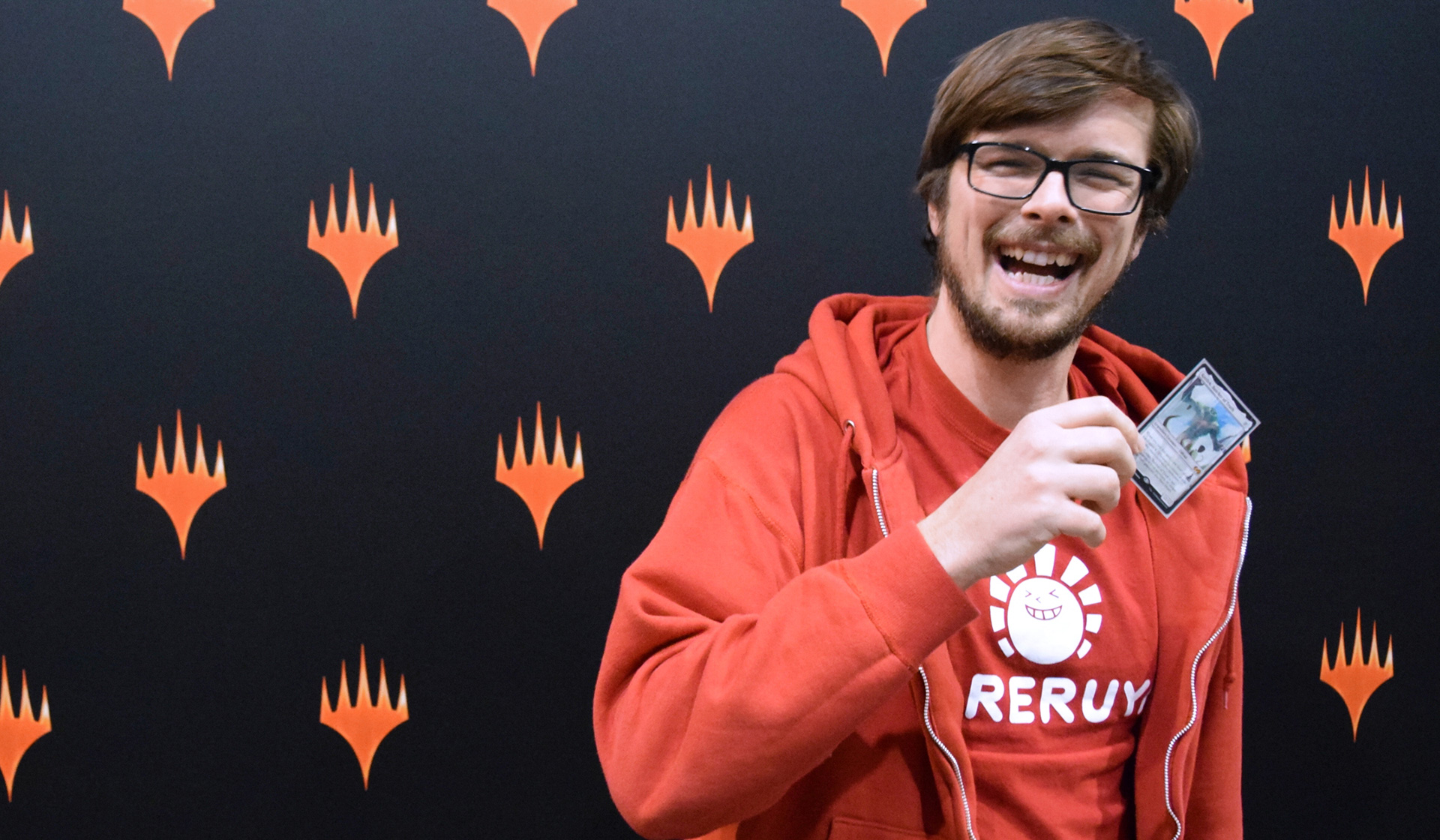 The hashtag for Grand Prix Prague Is #MTGPrague. Join the conversation.

2,500 players had been in the running initially, making Grand Prix Prague the third largest Magic tournament in European history so far. At the end of the first day, after nine rounds of Ultimate Masters Sealed, this number was down to 449. Then it was time to draft, and six more rounds gave us a Top 8. The most famous of the eight was Pro Tour Rivals of Ixalan semifinalist Pascal Vieren, for whom this marked his fourth Grand Prix Top 8.

And Vieren also proved the ultimate master throughout the playoffs, as his masterpiece of a deck went all the way. This included an appropriately epic final game against Alexander Rosdahl, in which Vieren was on the brink of losing to decking. But he masterfully navigated his way out of it: Artisan of Kozilek returned Aethersnipe from the graveyard, which returned Shriekmaw to his hand, which then returned the sideboarded Kozilek, Butcher of Truth and all the rest of Vieren's graveyard to his library by killing it. It was a glorious end to an equally glorious event.

Pascal Vieren Takes the Title! Belgian Pascal Vieren - champion of the Grand Prix at MagicFest Prague. In the end, the huge tournament ended up being only the third largest in Europe so far, but...

After fifteen rounds, with 2,492 others eliminated, only eight players remained in the running for the fame and the fortune, the title and the trophy. They sat down in the feature match area for...

After fifteen rounds, with 2,492 others eliminated, only eight players remained in the running for the fame and the fortune, the title and the trophy. Find out more about these people...

Grand Prix Prague's first day was one for the history books already. 2,500 players made for the third largest tournament in European history, Ultimate Masters Limited proved as cool and crazy as expected, and in the end seven very worthy competitors stood atop the standings with perfect records of 9-0: Pascal Vieren, Alexander Rosdahl, Thoralf Severin, Ondrej Smetana, Kazutaka Naide, Arne Huschenbeth, and Marc Tobiasch.

With the stage set like that, Day 2 was promising even greater things. Tune back in then, for the ultimate Ultimate Masters experience in Booster Draft and for the epic conclusion of Grand Prix Prague 2019!

Highlights from Day One at MagicFest Prague by Olle Rade

Oh my, the first MagicFest in Europe did not disappoint! Players from all over Europe made it to the Czech capital for a chance to play the last high level event with Ultimate Masters this...

Statement Regarding Rei Sato Disqualification by Wizards of the Coast

In Round 6 of Grand Prix Prague, Magic Pro League member Rei Sato was disqualified. Head Judge Emilien Wild explained the situation that led to this decision as follows: "Sato was planning what...

Grand Prix Prague 2019 Fact Sheet by Wizards of the Coast