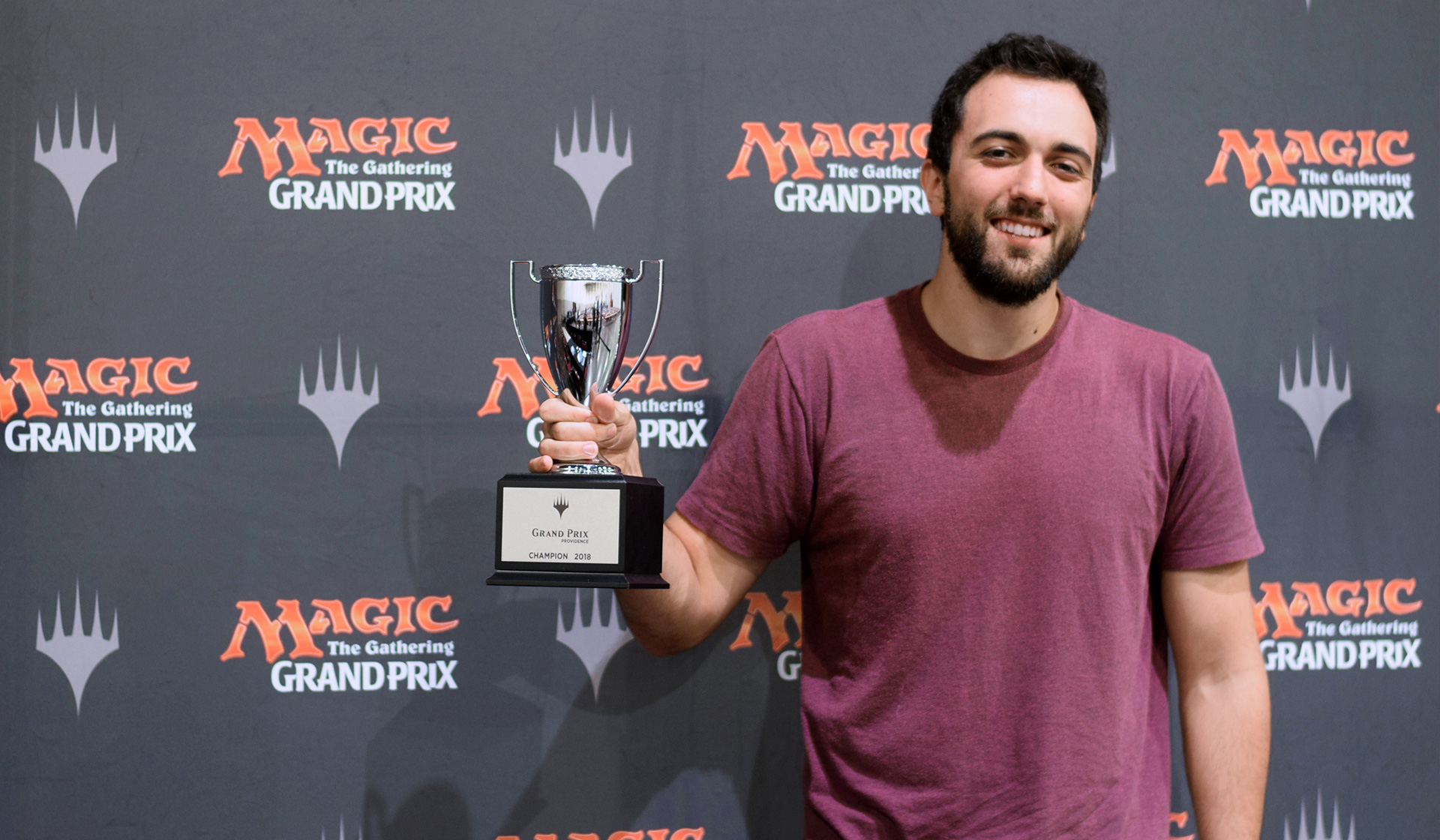 THE HASHTAG FOR GRAND PRIX PROVIDENCE IS #GPPVD. JOIN THE CONVERSATION.

From nearly 700 players, just one remained: Daniel Duffee. After starting with a perfect 8-0, Duffe carved a path to and through the Top 8 where he defeated Oliver Tiu in the finals to become champion of Grand Prix Providence.

Originally Duffee didn’t plan to attend the Grand Prix. But, with a friend handing off his Mono-Red Wizards deck and some Magic Online practice, Duffee demonstrated what a fast deck and good plan can do.

After Grand Prix Los Angeles wraps up, all Standard eye will turn to Grand Prix Richmond in two weeks to see what will take on the red decks next. For now, the it’s Daniel Duffee’s turn to bask in the heat those decks bring, and shine on his new trophy from Grand Prix Providence.

It's hasn't been a secret for long how powerful Goblin Chainwhirler and friends—Hazoret the Fervent, Abrade, Scrapheap Scrounger and Glorybringer—have been since Dominaria debuted. With two...

After fifteen rounds of Standard, only eight players remained in the running for the fame and the fortune, the title and the trophy. Check out these players' decklists below! ...

After fifteen rounds of Standard, only eight players remained in the running for the fame and the fortune, the title and the trophy. Find out more about these people, their decks, and there...

The Top 8 in Providence featured one player on 36 points—with tiebreakers just good enough to edge in. Across the Top 16, top-performing players showcase even more decks that were in playoff...

From the latest volleys in a tight Player of the Year race to family matter at a Grand Prix and Day 1 undefeated decks, these were the biggest hits to happen on the first day in Providence. The...

The post-Pro Tour 25th Anniversary Standard metagame distilled what Core Set 2019 offered the format to its most powerful options. Here are the decks bye-earning players used for the Friday Last...