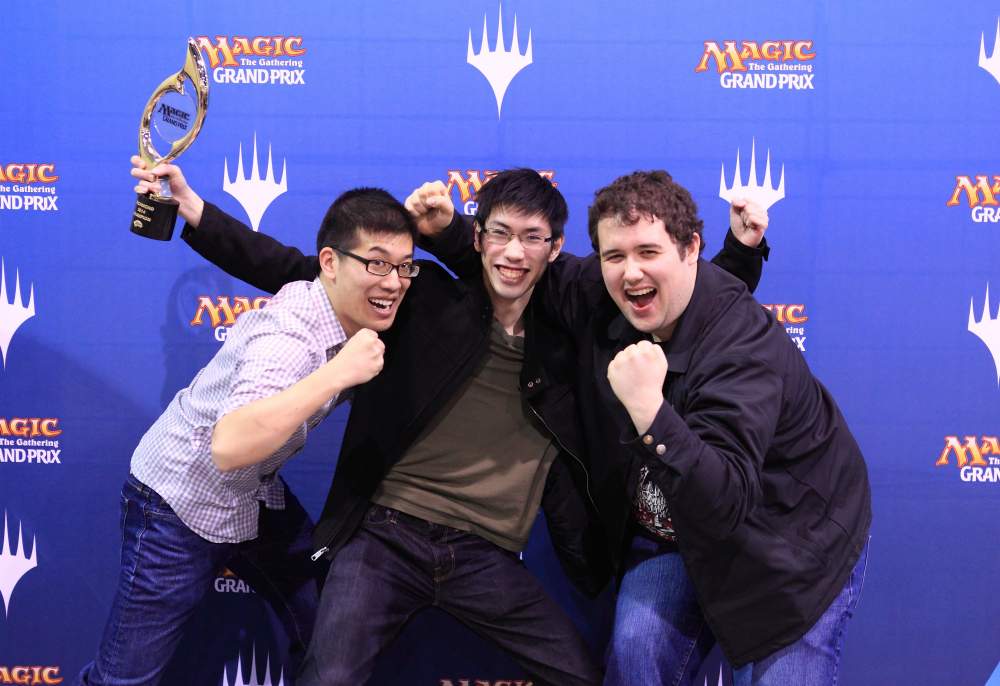 t was a daunting task on Saturday morning—to look at a field of 4,300 players and know that within 36 hours it would have to be whittled down to one Modern stalwart. This was the largest Constructed Grand Prix ever; we even spilled across into different event halls. How could it be done? But by using all the Magic in Richmond, and over 15 rounds of fierce competition, we've found our last player standing—Brian Liu, armed with his Kiki Pod.

The field seemed open, with over twenty archetypes floating around the top tables. But as the weekend coalesced, some decks stood head-and-shoulders above the rest. Pod variants put five players in the Top 8 and Affinity put up two. Though Affinity seemed well-positioned to take the finals, it was right and proper for the deck that dominated the Top 8 placards to dominate the finals. Surprisingly, Twin put one lonely player in Top 8, and Storm was nowhere to be found.

Modern continues to evolve since the bannings and unbannings and since Pro Tour Born of the Gods. But there's still much to explore, and this amorphous Modern format keeps slipping through our fingers the moment we tighten our grips. We'll find what's next for Modern at Grand Prix Minneapolis, but before then we've got plenty of Born of the Gods Standard and Limited left to explore. There are eight more Grand Prix between here and the Twin Cities, and I have a feeling that by then the format will have shifted once again.

Have a great evening from Richmond, Virginia—the new home of the largest Constructed Grand Prix!


All players who ended Grand Prix Richmond with no more than two losses will be awarded invitations to Pro Tour Journy into Nyx. These lists cover through 18th place finish in the event.