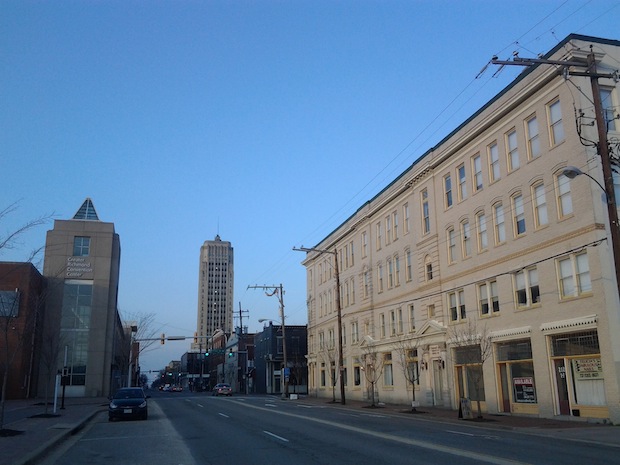 aylight Savings Time isn't going to stop us—we can run on little sleep. We were up late last night, and we'll be up early this morning. It ain't no thing. Richmond Virginia may be quiet on this Sunday morning, but the convention center is not. It's been bustling with judges, players, staff, and just about every Magic-oriented person within a couple hundred miles. The sun is just bristling over the horizon, and spells are already being slung.

There are quite a few undefeated players remaining: Ben Friedman, Andrew Calderon, Noah Walker, Zach Jesse, Jonathon Chappell, Patrick Dickmann, Daryl Ayers, Ian Ayal, Mario Martinez, Jeff Folinus, and William Aitken are all 9-0. Though only a few of these names are household, there are many pros lurking in the wings, still crushing dreams and aiming for that Top 8.

Eric Froehlich, Zvi Moshowitz, Christian Calcano, Josh Utter-Leyton, David Ochoa, Luis Scott-Vargas, and tons of others are all here. Players were able to avoid many of the pros during the first day because the top players were split among three different flights. But now all the pros have collapsed into the same pool and will likely shake up the standings as the day goes on. But only the rounds will tell the tales.

We've got lots of rounds of Modern Magic to play before the Top 8. Good morning from Virginia and let's do this.

2 Anger of the Gods 3 Blood Moon

3 Past in Flames 3 Empty the Warrens
58 Cards

2 Liliana of the Veil 1 Chandra, Pyromaster


Two of the undefeated players from the first day were Ian Ayal and Zach Jesse. Ayal hails from Myrtle Beach, South Carolina, while Jesse is from "a few blocks away." The two chatted casually, despite the stress of being under the cameras and both hoping to keep their perfect records. They were both 9-0.

The matchup is an interesting one. Though Storm can usually win a straight-up race, a one-turn stumble from the Storm deck can allow the Merfolk to crash through with the big beats. And sometimes, the deck can aid in that stumble. Ayal calls Cursecatcher his favorite card in the match-up. And starting as early as turn one, or uncounterable thanks to Æther Vial on turn two, the lowly 1/1 can give Merfolk the one extra turn it needs. The Storm deck can be very tight on mana early on; one mana more can make all the difference.

Then again, Storm could just combo off on the third turn regardless. Storm; I tell ya.

Zach Jesse started the party with a first-turn Faithless Looting, discarding Pyretic Ritual and Grapeshot. This pretty much revealed him as Storm to his opponent, if he didn't know already. Ian Ayal had practiced the Storm matchup, and knew what to expect.

But when a second-turn Master of the Pearl Trident came down from Ayal, Jesse said, "Whaaaa?" He, on the other hand, had not practiced against Merfolk. He puzzled for a second, then whisked the Master away with a Lightning Bolt before untapping and laying the deck's marquee card, Pyromancer Ascension.

Ayal resolved a few blue dudes over the next couple turns: Kira, Great Glass-Spinner, Merrow Reejerey, and Cosi's Trickster. Due to various pains, Jesse was already on 13 (with Ayal still at an unscathed 20). However, this was still a far cry from the 0 where Ayal would like Jesse to be, and Storm can combo at a moment's notice.

After laying a second Pyromancer Ascension and adding a counter on his third turn, Jesse started the machine on his fourth turn, and "a moment's notice" happened. After adding the second counter to both Ascensions, he started to "go off" and began rifling through his deck. A few cards down, he initiated a little combo loop that amused Ayal greatly.

Jesse cast Manamorphose, copying it twice thanks to the enchantment. He resolved the two copies, drawing two cards and making four mana (two blue, two red), then, with the original spell still on the stack, he cast Remand. The Ascension copied it twice. With the first copy, he countered the original Manamorphose and returned it to his hand (and drawing a card), and then with the second copy, he countered the original <a href="https://gatherer.wizards.com/Pages/Card/Details.aspx?name=Remand" class="autocard-link" data-image-url="https://gatherer.wizards.com/Handlers/Image.ashx?type=carda