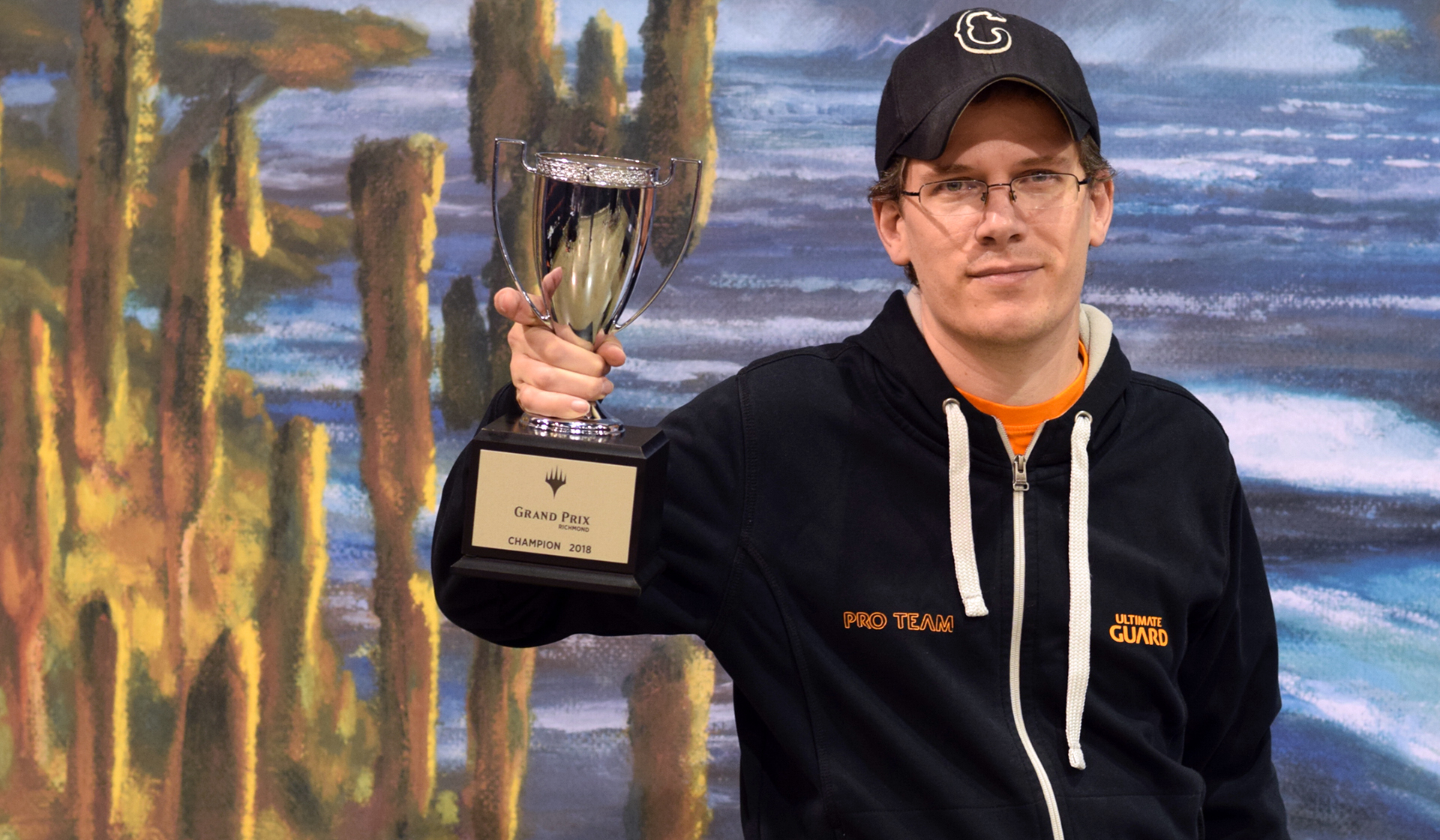 Andrew Cuneo goes back to his roots with Back to Basics in his Grand Prix win.

THE HASHTAG FOR GRAND PRIX RICHMOND IS #GPRICHMOND. JOIN THE CONVERSATION.

Andrew Cuneo is your Grand Prix Richmond Champion! Piloting Miracles, a deck firmly in his control wheelhouse, the longtime player navigated the Top 8 on the back of powerful counterspells and Jace, the Mind Sculptor. However it was Back to Basics, which shut down his Lands opponent in the finals, that sealed the deal.

We had 15 amazing rounds of Legacy following Reid Duke and his quest to improve his standing in the Player of the Year Race. Tomorrow we get to come back and watch the other two contenders - Seth Manfield and Luis Salvatto - battle it out in Standard. We’ll be back at 9am on twitch.tv/magic.

Few things are as lovely as a Saturday Day 2. When you add Legacy to the mix you get a recipe you get something special. But a Legacy Grand Prix Day 2 with Reid Duke on camera all day? Well,...

The Top 8 is more than just the decks - here are the players who advanced to the Top 8 of Grand Prix Richmond. Name: Joe Lossett Age: 39 Occupation: Streamer: twitch.tv/oarsman79 Hometown:...

Miracles and Lands, Delver and Eldrazi. These are your Top 8 decklists from the Legacy Grand Prix Richmond. ...

Just missing the Top 8 in Richmond were these eight competitors, who round out the Top 16 finishers out of more than 800 players! ...

Grand Prix Richmond began with 842 players battling it out in Legacy. Tomorrow 179 will come back for the chance at the title of Grand Prix Champion. We have eight undefeated players: Owen Turtenwald, Sam Pardee, Edgar Magalhaes, Brad Bonin, Neal Turk, Oliver Tomajko, Alexander Chen, and Zachary Wood. Reid Duke is hot on their heels at 7-1, looking to improve his standing in the Player of the Year race. Also sitting at 7-1 are Martin Juza, Noah Walker, Joe Lossett, and Craig Wescoe. Join us tomorrow at 9:30am local time on twitch.tv/magic to see the exciting conclusion of the Legacy Grand Prix Richmond!

Eight rounds of Legacy are in the books here at Grand Prix Richmond. 179 competitors will be coming back tomorrow and there are eight undefeated players headed into tomorrow. Magic's history was...

Legacy is a format with a wide array of viable archetypes. Given the massive card pool, pulling from every crevice of Magic’s history, it is no surprise that there were a wide variety of decks...