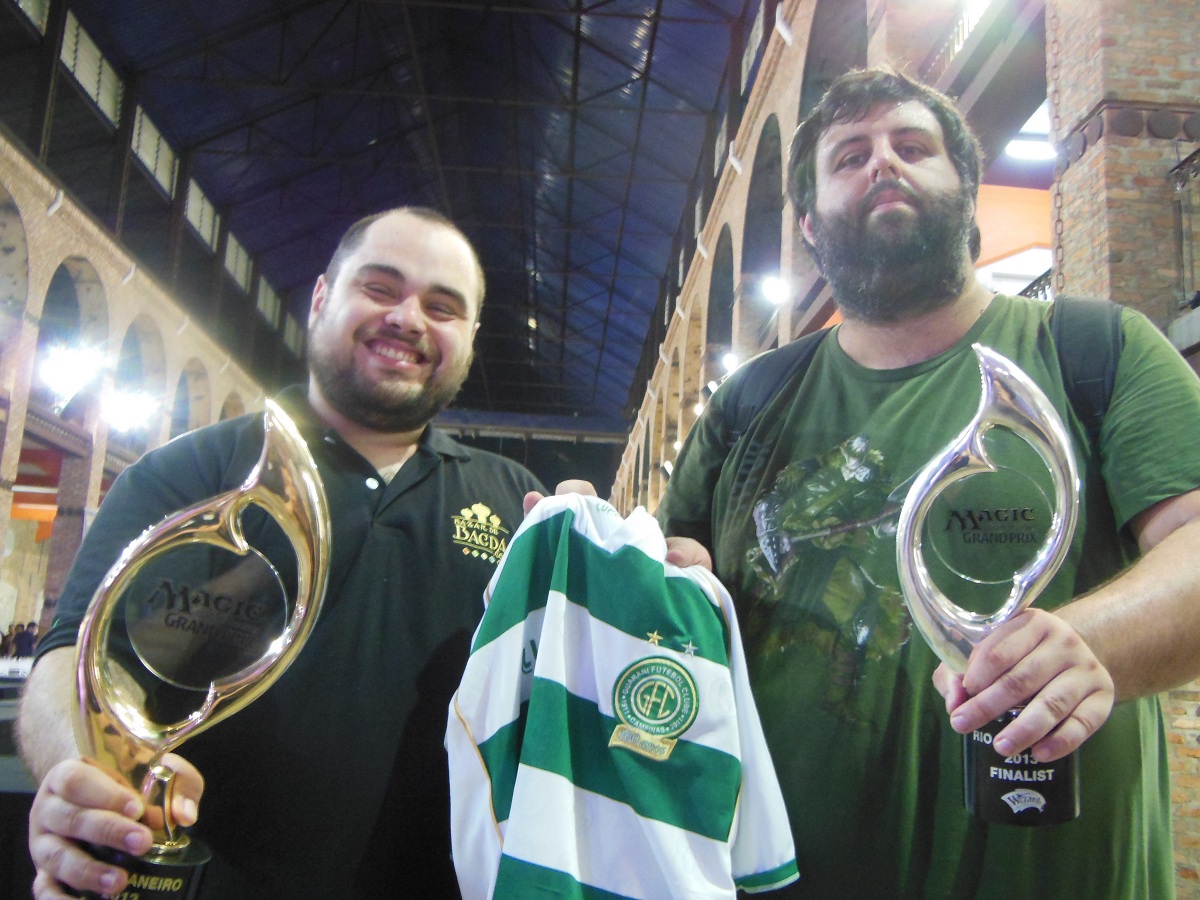 In one of the rarest instances of friendship and sportsmanship and who knows how many other 'ships, Artur Villela conceded the finals to his close friend and newly minted Gold-level Pro, Jose Francisco da Silva.

It was amazing enough that the pair were paired in the final match of the 709-person Standard tournament, wading their way through a sea of midrange, control, and Reanimator decks with two very different decks that both leaned on Falkenrath Aristocrats. Villela set himself up to help his friend with a Jund Aggro deck capable of some Blitz-esque starts, while da Silva stunned the competition with The Aristocrats, a deck that was more popular than initially expected this weekend.

While much of the weekend was a race to the middle, the Top 8 was just as notable for what wasn't there as what was. Not a single Blue card made the final brackets, and every deck but one sported Green cards. Unburial Rites were everywhere, but mostly in the form of Junk-style value Reanimator decks. And Naya Blitz, the darling of a week ago, was nowhere to be seen when the dust settled.

But in the end it was two speedy but resilient Falkenrath Aristocrats that won the weekend. That and friendship.

4 Huntmaster of the Fells 3 Falkenrath Aristocrat

3 Brimstone Volley 1 Bonfire of the Damned

2 Bonfire of the Damned 2 Flames of the Firebrand