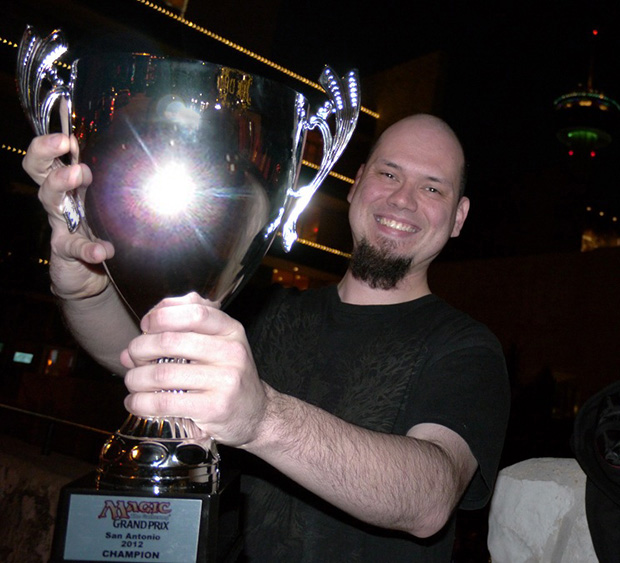 Tyler Lytle is your Grand Prix San Antonio 2012 Champion! Sporting a revamped version of the same BR Zombies deck that Jon Bolding used to win Grand Prix Charlotte a mere week ago, Lytle began the tournament an undefeated 9-0 before rattling off enough wins to make it to his first Grand Prix Top 8. Once there, he had to beat his way through Reid Duke, who was fresh off a Top 8 in this very format last week. Even updated with new information, Duke's Bant Control deck was no match for him as Lytle cruised to the finals and an eventual victory over Matthew Pratser in the Zombies mirror.

This tournament was all about the effect of Cavern of Souls on the format. Not so much the impact that it had in this particular event, but the fact that it pushed the incredibly late game control decks out of the field. Decks tried to adapt, with many control players switching to the Bant-wagon, but even with its updates and attempts to speed up, the control decks simply couldn't keep up, as Zombies barreled its way to its second straight Grand Prix win.

4 Avacyn's Pilgrim 3 Bonfire of the Damned

2 Bonfire of the Damned 3 Farseek