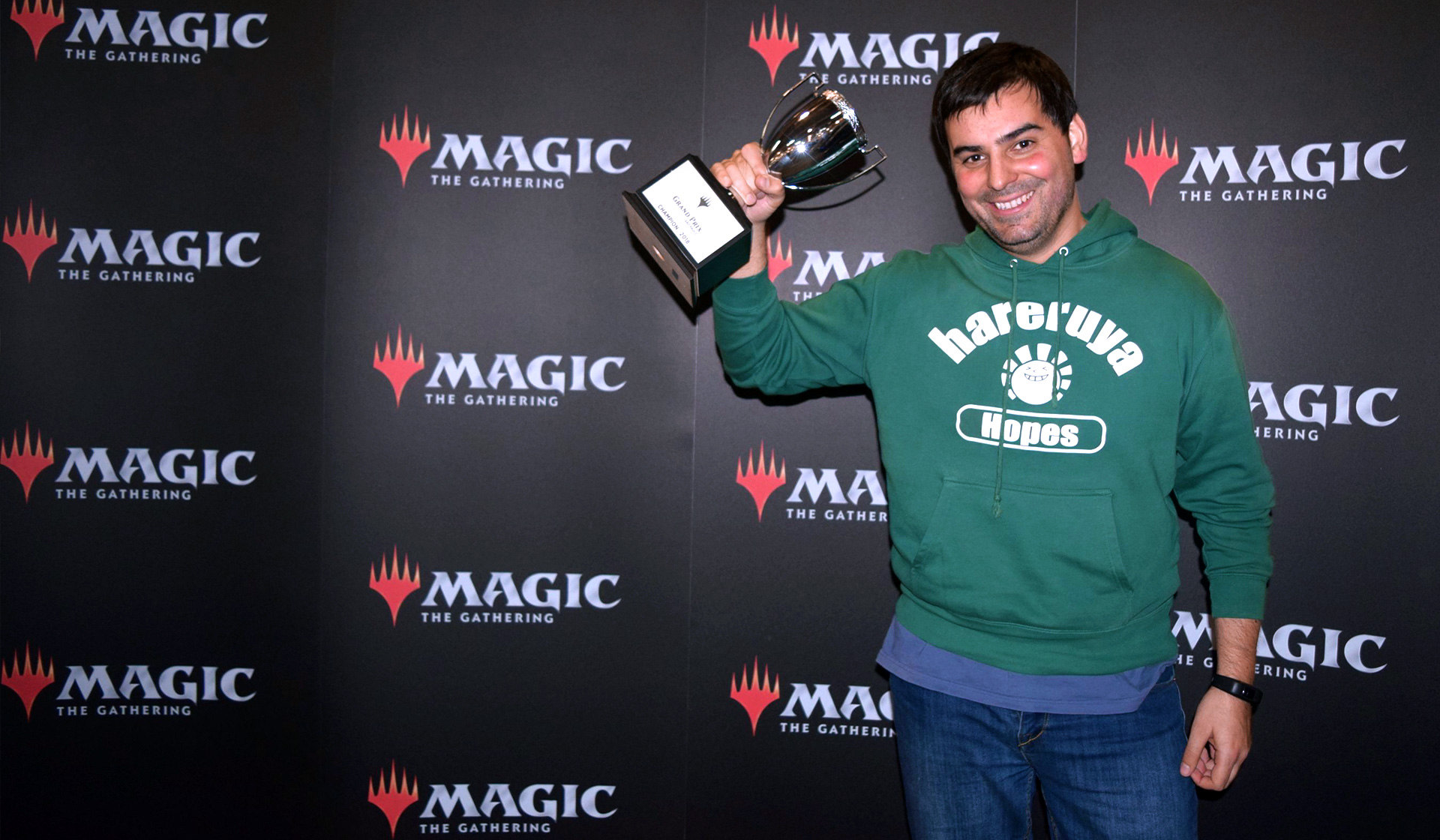 Playing Mardu Pyromancer, Jose Echeverria defeated all comers, including Gold pro Sebastian Pozzo in the semifinals and Leonardo Giucci in the finals, to become champion of Grand Prix São Paulo 2018!

The hashtag for Grand Prix São Paulo is #GPSPaulo. Join the conversation.

1,429 players gathered in São Paulo to celebrate Magic's 25th anniversary, making this the largest tournament South America had ever seen. Needless to say, they also came to play thousands upon thousands of matches of Modern!

The format once again showed itself from its best side, with seven different archetypes in the Top 8 and at least another four in the Top 16. What's more, even among a slew of archetypes like Amulet Titan, Ironworks, Affinity, and Tron, the two players who met in the finals both ran very fair, very interactive decks.

A veritable purgatory of Spirits flooded the feature match area, as Jose Echeverria and his Mardu Pyromancer faced off against Leonardo Giucci's Abzan Traverse. Lingering Souls didn't linger long but went to work on both sides. It proved the most important card of the match, although Echeverria's Faithless Looting and Bedlam Reveler did of course help to keep the Spirits flowing.

Mardu Pyromancer had been the most played deck in the tournament overall, taking up almost nine percent of the Day 1 field. In the hands of Jose Echeverria, it claimed the number one spot too. Congratulations!

Day 1 & Day 2 Metagame Breakdown! What's better than coffee, bacon, and eggs in the morning? For a coverage writer, it would be waking up on Sunday morning to find out that the metagame...

After fifteen rounds of Modern, with a total of 1,421 others eliminated, only eight players remained in the running for the fame and the fortune, the title and the trophy. Their decks … ...

After fifteen rounds of Modern, with a total of 1,421 others eliminated, only eight players remained in the running for the fame and the fortune, the title and the trophy. Find out more about...

The Top 8 already featured seven different archetypes. The next eight in line added another four to five to that number. Most notably, however, the following lists included a whopping sixteen...

This weekend, players from near and far gathered in Brazil's bustling megapolis of São Paulo. The largest city of the western hemisphere also set a new record for the largest Grand Prix in South America: A whopping 1,429 players joined the event in total, eager to test their mettle in Modern.

By nightfall, the first day's eight rounds had reduced that number to a mere 232. Of them, seven led the charge with perfect records of 8-0: Sebastian Pozzo, Vitor Warzynski, Luiz Marins, Vinicius Back, Murilo Marquez, Guilherme Monea, and Sebastian Quintana. Hot on their heels, however, were such luminaries as Thiago Saporito, Carlos Romão, Carlos Esteves, Guilherme Merjam, and (5) Márcio Carvalho at 7-1. It was going to be an exciting race to the top tomorrow.

Join us then for seven more rounds of Modern followed by the Top 8 playoffs, for live match coverage and decklists, for further 25th anniversary celebrations and for the epic conclusion of Grand Prix São Paulo 2018!

Welcome to South America's Largest Grand Prix, Ever! The Grand Prix circuit rolled around and returned to São Paulo, which coincided with the fourth of five birthday weekends for the 25th...