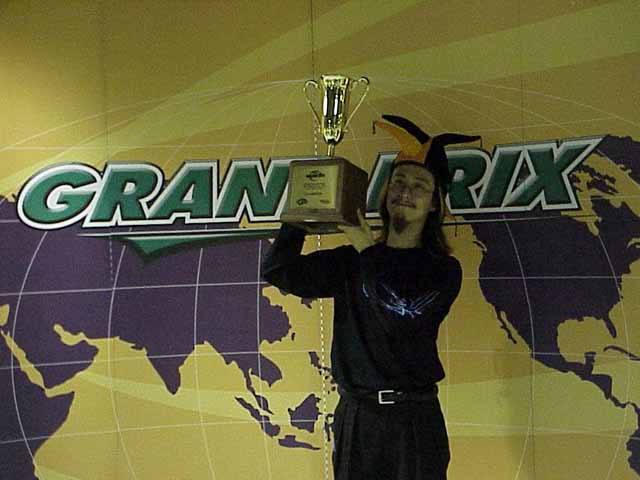 Satoshi Nakamura has won Grand Prix-Sapporo, to become the first Grand Prix Champion of the new Pro Tour season! He defeated Buddhist priest Takamasa Fukata in the finals. There were 267 players in the tournament, which was held in the Sapporo Beer Factory. The tournament location also had an 11-screen multiplex movie theatre, an IMAX movie theatre and a Toys-R-Us toy store. The head judge was Takashi Aida, who is one of only two level three judges in Japan.