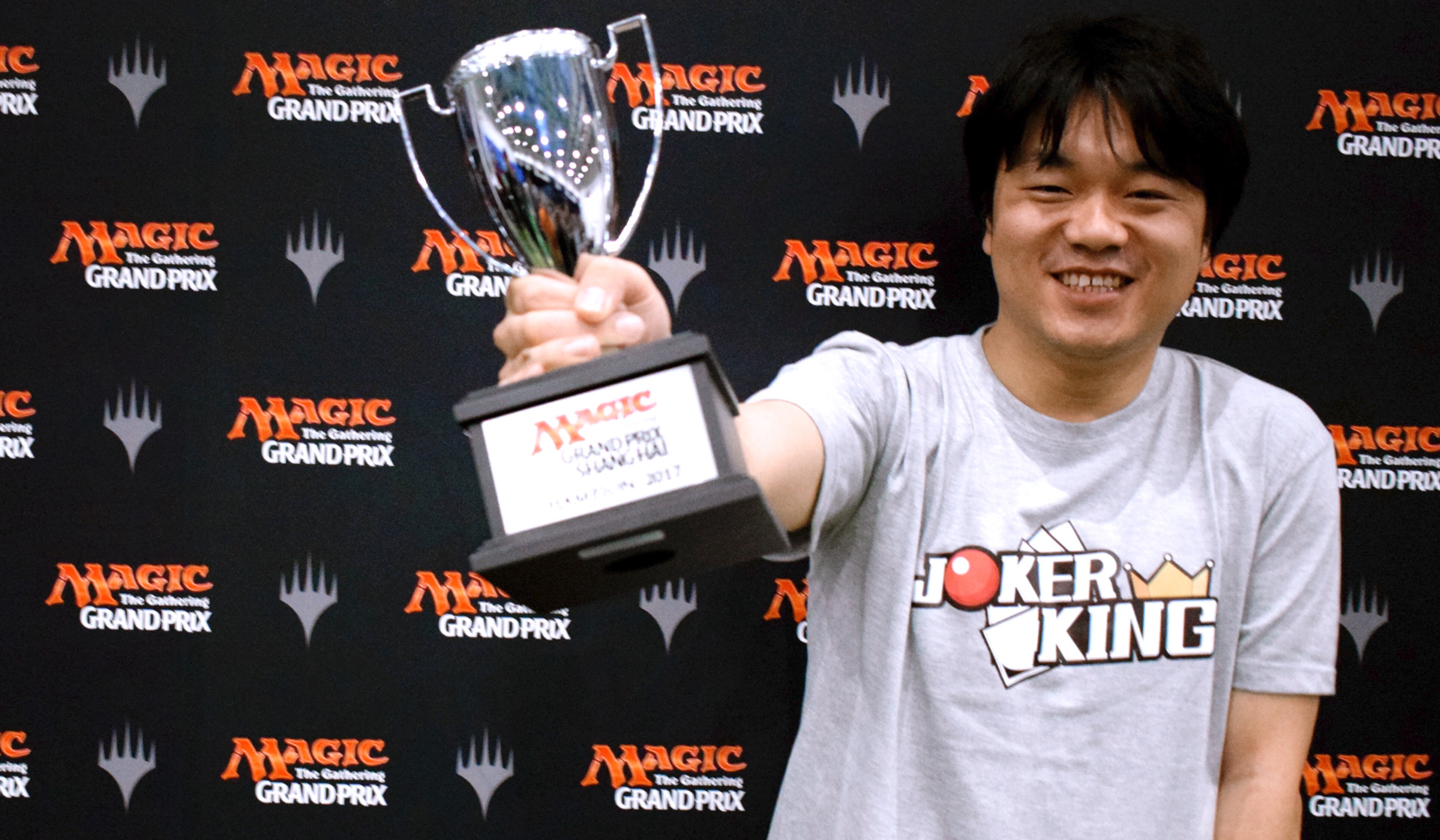 THE HASHTAG FOR GRAND PRIX SHANGHAI IS #GPSHANGHAI. JOIN THE CONVERSATION.

At dawn, 714 players from around the region converged at Shanghai, each hoping to be crowned a Grand Prix Champion. By dusk, grizzled veteran Song Huachao took down the trophy with Temur Energy, keeping the title on local soil.

Grand Prix Kobe 2015 Champion Takuma Morofuji an astonishing run, going 15-0 in the Swiss rounds. Such a hot streak would have been perfect if he had won it all, however Morofuji fell in the quarterfinals.

Team MTG Mint Card’s (8) Kelvin Chew lost to Yam Wing Chun in Round 10, but still ended up making the Top 8 together. In addition, fellow Hong Konger Lee Wing Tat who was part of Yam’s local playtesting team also made it through. Moral of the story? Teamwork does pay off! Rounding off the rest of the Top 8 were finalist Hironao Tanaka and semifinalist Naoya Okada for their breakthrough!

While many several stories were shared in the Day One Highlights, here are some more stories that shaped Grand Prix Shanghai 2017. Day 2 Metagame Breakdown With 212 players making it through to...

After fifteen rounds of intense competition, we’re down to just the final eight players! Arranged according to their Swiss standings after Round 15, let’s take the quick look at what these...

In addition to the Top 8 decklists, here are the decklists of everyone who finished 9th - 16th! ...

These eight players fought hard all weekend and made it through to the elimination rounds. Let's get to know these players in a nutshell and have them tell us about their fantastic...

After nine rounds of intense competition, only two out of 713 players finished 9-0, namely Takuma Morofuji and Tatuya Kojima. They achieved this impressive record with Ramunap Red and Jeskai Approach respectively. Surprisingly, no energy variants was able to achieve the clean sweep despite the heavy representation. Ji Xinruo was the highest placing Temur Energy pilot, finishing as the lone 8-0-1.

A total of 713 players converged in Shizuoka for this triple Standard Grand Prix weekend, just a few days after the conclusion of Pro Tour Ixalan. What were some of the highlights of Day 1? Let us...