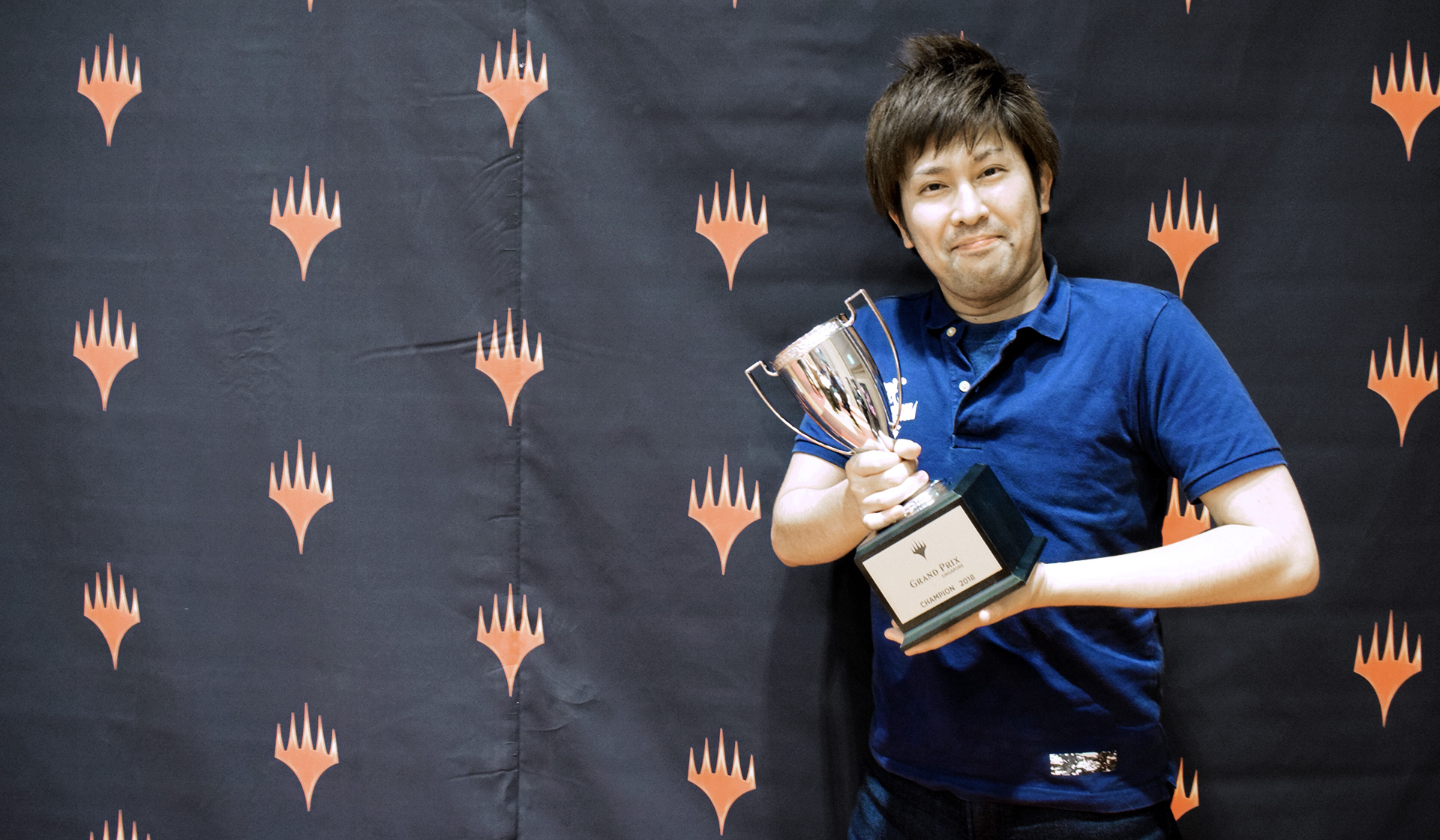 THE HASHTAG FOR GRAND PRIX SINGAPORE IS #GPSING. JOIN THE CONVERSATION.

Grand Prix Singapore is officially in the books! After fifteen rounds of Standard and the exciting playoffs, the field of 682 was down to just a single man. Singled out as one of the hot favorites to win it all, Ishikawa failed to disappoint and took down his fourth Grand Prix title in his ninth lifetime Grand Prix Top 8. Defeating Li Jingling in the quarterfinals, Andy Chan in the semifinals, and then Ohki Tatsuhiko in the finals, Ishikawa’s White-Blue God Pharaoh’s Gift deck outlasted the competition.

Rounding out the rest of the Top 8 was Ryoichi Tamada (who went 13-0-2 during the Swiss rounds only to fall short to the eventual finalist), Grzegorz Kowalski (who made Platinum this weekend), Rei Sato, and Ryo Okamoto. Once again, kudos to Yuuki Ichikawa for winning Grand Prix Singapore 2018!

25th Anniversary Surprise Giveaways! As part of our 25th Anniversary birthday celebrations, plenty of attractive prizes - and yummy cupcakes - were up for grabs. Not only was the Unlimited...

Fears that Goblin Chainwhirler might dominate the metagame were allayed as we saw six distinct archetypes make it to the Top 8. Although there were four red aggro decks, some of them had...

That was an indication of an extraordinarily stacked field, especially when numerous huge names were lurking at 6-2 records, such as 9th-ranked Ken Yukuhiro, 12th-ranked Shota Yasooka, 15th-ranked Grzegorz Kowalski and more!

Be back tomorrow as we delve deeper into the world of Standard and examine how the format has evolved. We’ll be delivering the full Day 2 Metagame Breakdown and a Deck Tech or two, along with other compelling stories. Most importantly, the Unlimited Booster Draft will also take place tomorrow evening, so stay tuned as we bring you an overview of the action!

The Grand Prix circuit returns to sunny Singapore, one of five birthday weekends for the 25th Anniversary! Hundreds of players have gathered for delicious cupcakes, a weekend of Dominaria...

Want to earn two byes as these 15 players did? Next time a Grand Prix rolls around, head down on Friday and participate in the Last Chance Trials! If you win all your matches, you'll earn the...