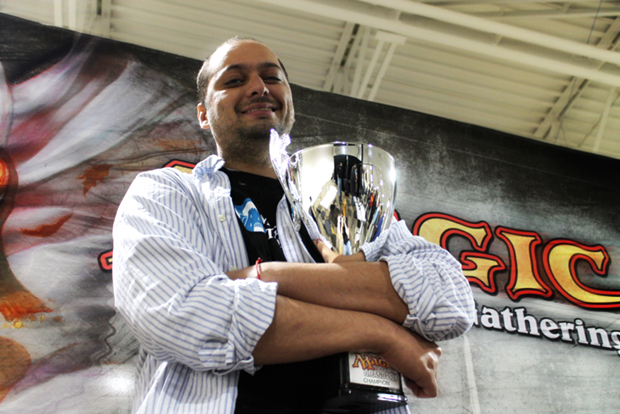 Yes, Edel played Jund, making it the third Modern Grand Prix in a row won by Tarmogoyf and friends, but not looking deeper than that would be a mistake. Not only was Edel's take on Jund truly innovative—Lotus Cobra and Thundermaw Hellkite!—but the tournament was littered with a variety of archetypes.

This weekend saw the reinvigoration of Scapeshift as an archetype, the rise of one of the first true control decks—Collin Morton's UW Spreading Seas list—and plenty of players choosing to try and beat 'em rather than join 'em. Even Edel's Jund deck was an attempt to stay one step ahead of, well, Jund.

But what this weekend may eventually be remembered best for is the continuation of a strong string of performances for Edel, who, since his Return to Ravnica Top 8, has been consistently putting up strong finishes, capped by his win this weekend. The pro has been around for a long time, but this season has truly been one to remember.

So congratulations to Willy Edel and all of the other Top 8 competitors at Grand Prix Toronto!

Because we love you, and because Modern is an incredibly diverse format, here are the decks that finished just outside the Top 8.

2 Intangible Virtue 2 Honor of the Pure

1 Ray of Revelation 2 Rest in Peace