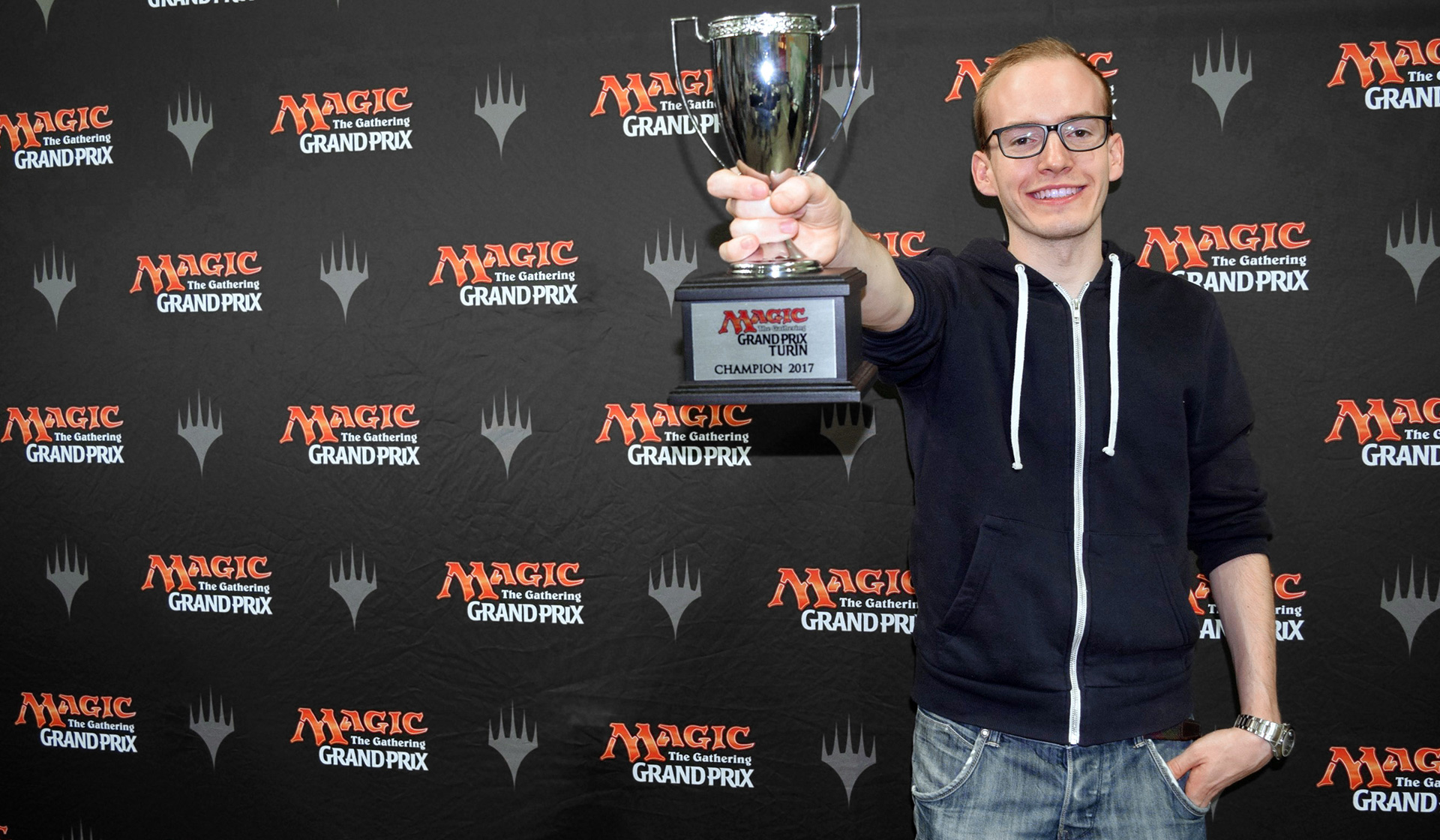 Staying in control, in Blue-Black Control that is, all weekend long, Robin Dolar earned his Grand Prix trophy number two, or as the locals say: numero due!

THE HASHTAG FOR GRAND PRIX TURIN IS #GPTURIN. JOIN THE CONVERSATION.

926 players entered this, the final Grand Prix to feature Battle for Zendikar, Oath of the Gatewatch, Shadows over Innistrad, and Eldritch Moon in Standard; 304 returned for the second day; eight sat down for the playoffs; one walked away with the trophy and title: Congratulations to Robin Dolar, champion of Grand Prix Turin 2017!

Dolar navigated his Blue-Black Control masterfully throughout a Top 8 which featured at least six distinct archetypes; Temur Energy and the recently rediscovered Vehicles were the only decks to field two entries here. The Standard format was about to rotate, but it showed itself from its best side in Turin!

With its 926 players, the tournament wasn't a big Grand Prix, but a number of big stories came out of the weekend nevertheless. Development in the world of Standard in particular showed no sign of...

After fifteen rounds of Standard, with a total of 918 others eliminated, only eight players remained in the running for the fame and the fortune, the title and the trophy. Check out their decks,...

Do you have the energy to look at another eight decklists? Well, maybe take a peek at the lists of the players who finished in ninth to eleventh place; then you should have more than enough energy!...

After fifteen rounds of Standard, with a total of 918 others eliminated, only eight players remained in the running for the fame and the fortune, the title and the trophy. Find out more about...

When the smoke and dust had settled on Saturday and the sounds of battle had died down for the night, four players were left who escaped the first day's nine rounds with perfect records of 9-0...

After nine rounds of Standard, the original field of 926 was whittled down to just 304 players. They would return on Sunday for another six rounds followed by the Top 8 playoffs.

Leading the charge into the second day were four players at 9-0: Alessandro Aristei, Alain Bardini, Bart van Etten, and Andrea Sonzogni. But fierce competition wasn't far behind. Just among the people who finished the day with a record of 8-1 one could find names like Alessandro Lippi, Pavel Matousek, Dario Parazzoli, Raul Porojan, Loïc Le Briand, and Robin Dolar—and that's just listing those with multiple previous Grand Prix Top 8 finishes.

So tune back in tomorrow to watch some of the game's best and brightest play for that coveted Top 8 berth and eventually for the trophy and the title of champion of Grand Prix Turin 2017!

They came from near and far, from all corners of Europe and beyond: A total of 926 competitors braved the heat of Italy's late summer and made their way to Turin to do battle in Standard, to fight...

The main event may have only started this Saturday morning, but the action already began on Friday. Naturally, we were most interested in the Last-Chance Trials run that day, as those results...