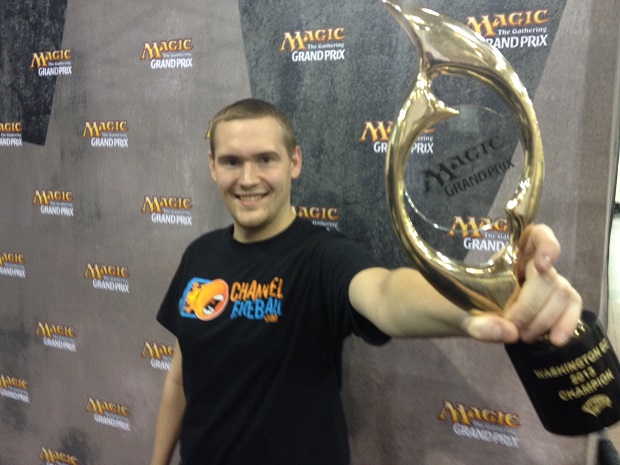 o. 22 Owen Turtenwald has been to a dozen Grand Prix Top 8s and left without a trophy every time—until now. Winning in the same city as his previous best GP finish, Turtenwald took down Jared Boettcher in a tense finals matchup that saw the pro pilot UWR Delver of Secrets past Sneak and Show and a bevy of highly ranked players in the Top 8.

The former player of the year has been so close so many times that it seemed inevitable he would hold the trophy aloft one day. One day turned out to be this day as Turtenwald used a bevy of counterspells, removal, and a certain True-Name Nemesis to fight through a field of nearly 1,700.

Turtenwald's big breakthrough wasn't the only story at the largest North American Legacy Grand Prix ever. No. 10 Sam Black continued his incredible run with yet another Top 8, likely predicating a climb up the rankings and into the Player of the Year discussion. No. 20 Craig Wescoe continued to prove himself the master of attacking with White creatures, and Boettcher proved he wasn't "just some random," but a talented player who's now on his way to the Pro Tour.

And D.C. also represents the big, successful Pro-level debut of True-Name Nemesis, which had people asking "what's my name" all weekend long.

But the name everyone will remember from this event is Owen Turtenwald, platinum pro, 22nd ranked player in the world, and now, for the first time, Grand Prix Champion!

2 Liliana of the Veil 1 Krosan Grip

4 Brainstorm 4 Abrupt Decay 2 Force of Will

1 Batterskull 4 Force of Will
51 Cards

1 Elspeth, Knight-Errant 3 Jace, the Mind Sculptor 2 Liliana of the Veil

1 Batterskull 4 Force of Will
50 Cards

1 Misdirection 4 Force of Will 2 Through the Breach