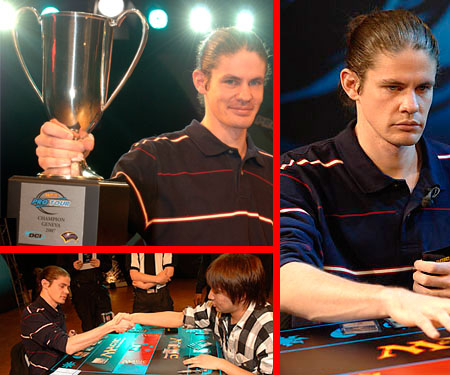 Drafting in a block that's all about time, Pro Tour-Geneva showcased a win years in the making. American Mike Hron defeated Takuya Osawa of Japan 3-2 in a thrilling final featuring huge life swings and haymaker punches, punctuated by a Spectral Force-Phthisis staredown.

In the fifth-game final against Pro Tour-Prague champion Osawa, Hron ran out his big brute, Spectral Force, with the championship on the line, despite knowing that Takuya had three Phthisis in his deck. What Hron didn't know is that at least the last two turns, Osawa had all three in his hand, just waiting for that seventh land to allow him to hardcast the massive

removal spell. But Osawa's deck chose not to cooperate, and Hron captured the champion's trophy and the $40,000 first prize. With the win, Mike snapped a six-year drought for U.S. players in Limited Pro Tours, dating back to Mike Pustilnik's win at Pro Tour-Los Angeles 2001.

Hron, a Madison, Wisconsin native, hails from the same area as Hall of Famer Bob Maher and has been The Great One's draft guru. Coincidentally, Hron's debut on the Pro Tour came way back in Pro Tour-Chicago 1999 - an event that Maher happened to win. 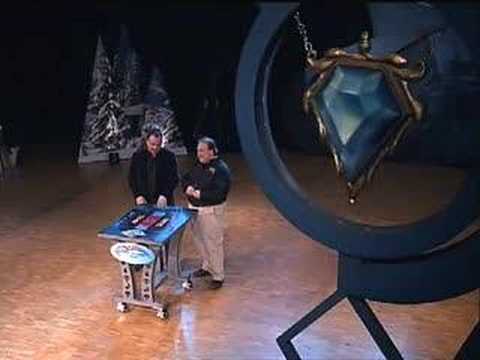 
Click on the images to navigate to the Pro Tour-Geneva Blog, Craig Jones' Player Diary, and the Geneva Podcasts.