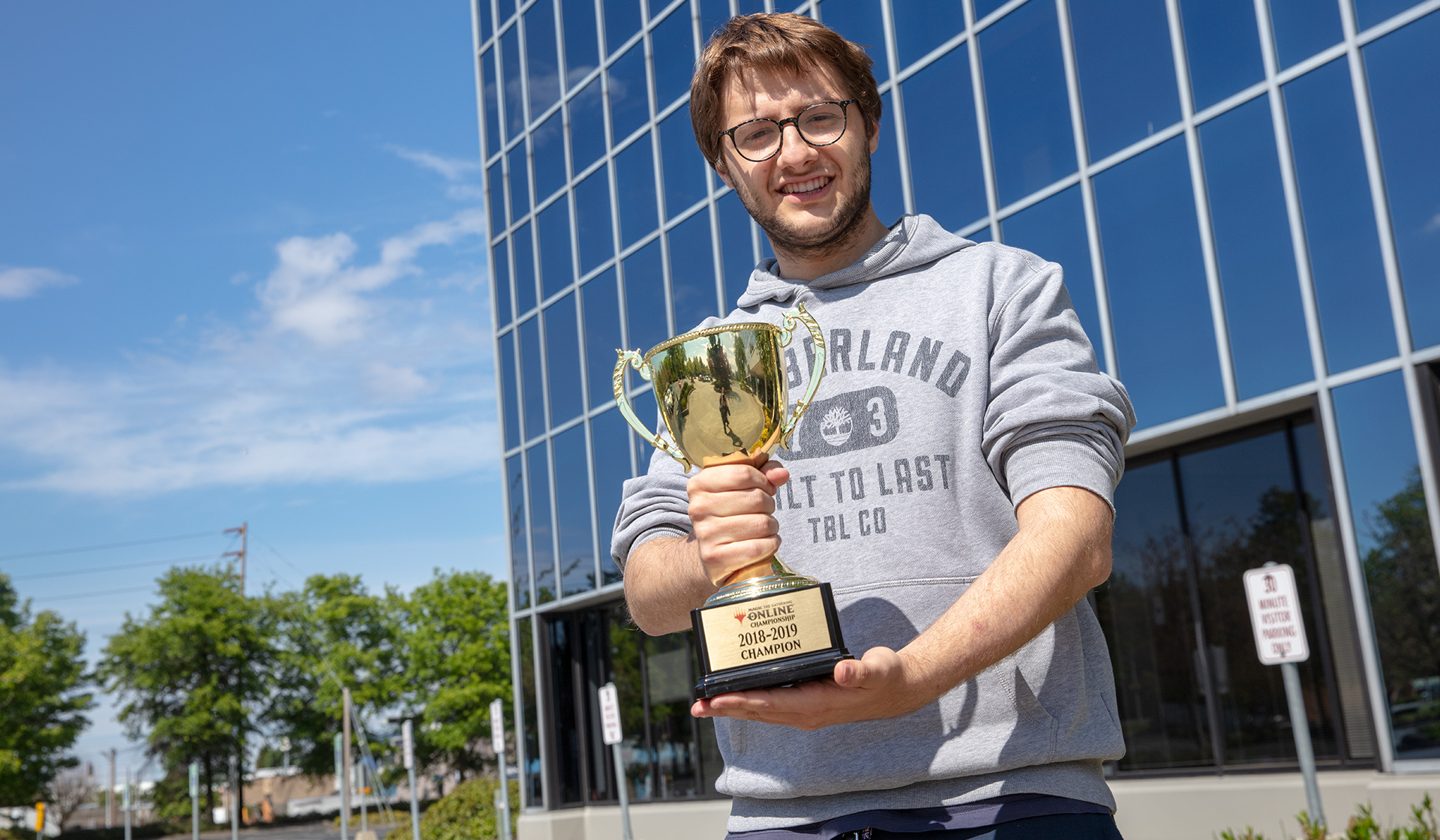 The hashtag for the 2018 Magic Online Championship is #MTGOChamp. Join the conversation.

Mattia Oneto is the latest Magic Online Champion! He had the least experience in the field, but that did not stop him from running the tables in the Top 4, winning $40,000 along with an invite to next year's finals and Platinum status in the Pro Club for the rest of the year.

His semifinal opponent was none other than MPL member Márcio Carvalho. One of the most feared players on the planet, and playing in his third MOCS final in a row, Márcio came into the Top 4 as the #1 seed. Oneto struck first, winning their Standard matchup with his Azorious Aggro deck running over Carvalho's controllish take on Esper Hero. However, Márcio evened the score in Modern, winning with his Humans deck against Oneto's Izzet Phoenix. As the higher seed Márcio got to choose which format to play in the 3rd and deciding match and he chose the one he had already won once: Modern. However, Márcio stumbled in the deciding game of match 3, keeping a 5-card hand with an Aether Vial but no land. He never did find a land and Mattia was off to the finals.

Fan favorite and legendary streamer Kenji Egashira was waiting for Mattia in the finals. Kenji had survived a mulligan down to 4 cards with his Tron deck in the deciding game of his semifinal against Bernardo Torres, coming back to win a match-up that Bernardo had won the first time they played it. In the finals, however, it was all Mattia. He took the Standard match fairly quickly, and then he took down the Modern match even more quickly by using Blood Moon to turn off all of Kenji's Tron-lands.

2018 Magic Online Championship Modern Decklists by Wizards of the Coast

2018 Magic Online Championship Standard Decklists by Wizards of the Coast

2018 Magic Online Championship Fact Sheet by Wizards of the Coast