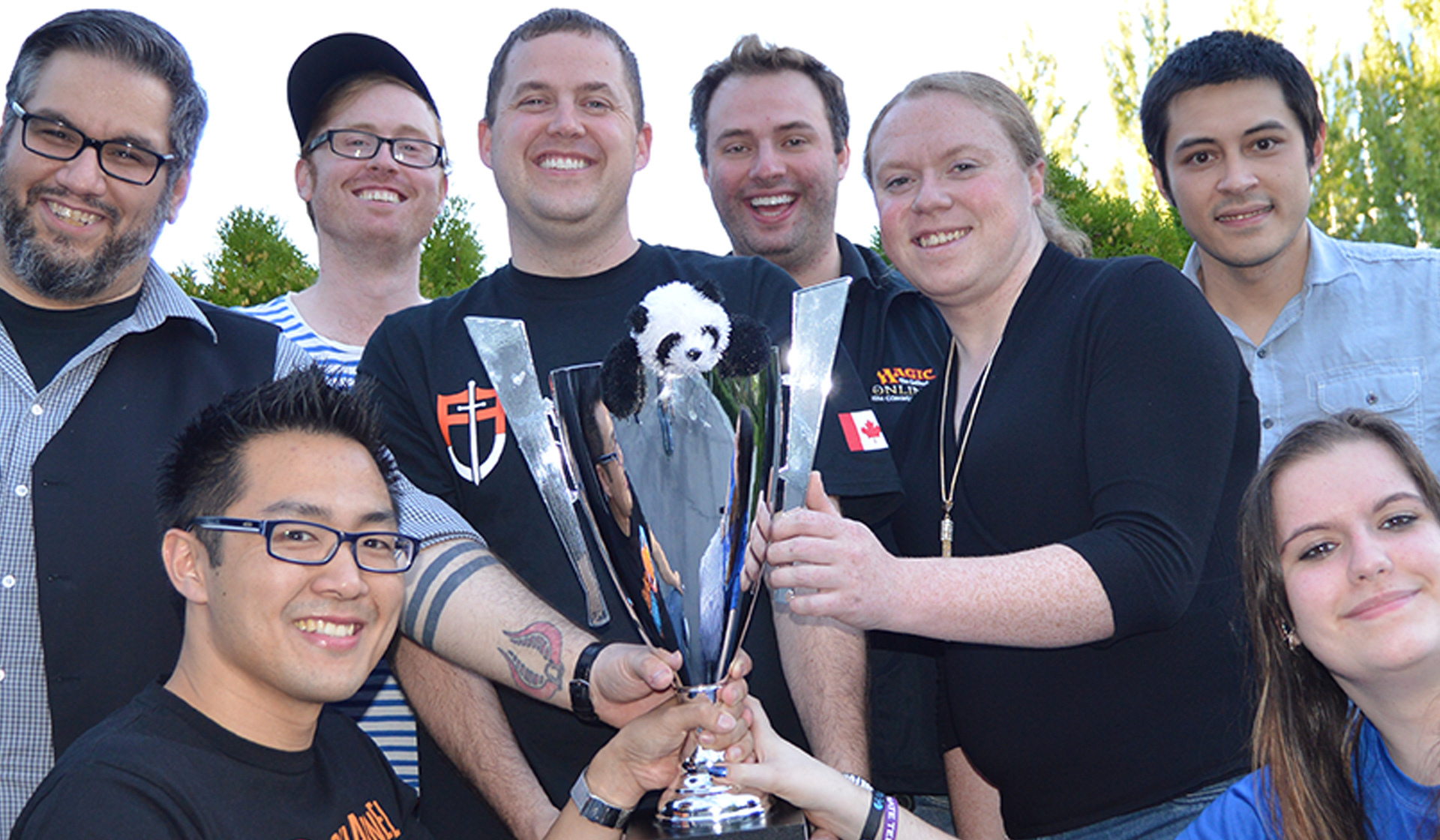 The Community team has done it once again! Facing long odds against the incredibly stacked and heavily experienced Wizards Team, the Community team rallied together to stay narrowly ahead almost all weekend long. After falling behind 1-7 in the first round, the Community started pouring it on, ending each event with a slightly increased lead. Their real advantage came during the Ironroot Chef rounds, where the Community Team absolutely dominated the Wizards Team during the rounds of play. Even though they lost out during the flavor judging, the sheer advantage they’d accrued during play ensured that they would keep a lead for the rest of the tournament. The Wizards Team came very close to retaking the lead during the Eight-Pack Sealed Deck, but the Stipulation Cube proved to be just enough of an advantage for the Community Team to maintain their lead.

Congratulations once again the Community Team, winners of the 2014 Magic Online Community Cup!

This may have been the most anticipated format of the entire tournament, and it couldn't have come with stakes higher. The Wizards team had stormed back to within one point, and momentum was now...

STIPULATIONS DRAFT DECKLISTS by Wizards of the Coast

Here are all 16 Stipulations Draft decklists drafted by both the Community Team and Wizards of the Coast team. Community Team Decks Bjorn Andreasson - Horrible Marksman Your main deck and any...

Here are all of the stipulations in play for the Cube Draft with Stipulations: Backout Draft – Erin Campbell (Community) For the first two booster packs, you will sit at the computer of...

Narrowly behind the Community team, the Wizards team was looking to turn things around, and their first opportunity was going to come in the first event of the day: Eight-Booster Sealed Deck. To...

The first day of the 2014 Magic Online Community Cup is in the books! Friday's play consisted of Vintage Masters Booster Draft followed by the ever-flavorful Ironroot Chef. Things looked dismal for the Community team after the first round of play, where they fell behind 1-7, but they rallied back, ending the format behind by a respectable 9 points. The big rallying cry came from Scott MacCallum, who stormed out to a very quick 3-0 record. The only other undefeated player was Mike Turian for the Wizards team.

For Ironroot Chef, players were given the following ingredients to work with: ; ; ; ; and . The battles were brutal, both on the battlefield and in the kitchen. In the end, the clear overall winner of the Ironroot Chef event was the Community's Erin Campbell of The Deck Tease. Her impressively flavorful Athreos deck gave her not only a perfect match score, but a perfect flavor score, as well, resulting in the only perfect score of the tournament. While she had done an impressive job adhering to the flavorful rules of the event, her teammates fell behind while the Wizards team excelled. Fortunately for the Community team, they were able to generate enough match wins to overcome the early deficit into which they had fallen, ending the day with an impressive 151-132 lead.

Join us again in the morning for the final two formats of the event: Eight-Booster Sealed Deck and Cube Draft with Stipulations. It's sure to be a blast!

The final format of the first day of the 2014 Magic Online Community Cup is one of the trademarks of this event: Ironroot Chef. For the uninitiated, Ironroot Chef, as the name loosely implies,...

IRONROOT CHEF DECKLISTS by Wizards of the Coast

Community Team Intros Bjorn Andreasson – Whims of the Fates Andreasson's deck was one that stoked the ire of the judges. "More like Whiffs of the Fates," Graham Stark said upon...

Vintage Masters Booster Draft has proven to be one of the most popular formats in the history of Magic Online. Representing the first opportunity for players to own powerful cards like Black...

The 2014 Community Cup is finally here and, while I can't speak for the Community team, the Wizards of the Coast team has been dutifully preparing to crush honorably battle against the players...

The community's champions have been chosen to represent them as the 2014 Community Team! The internet cheers and throws roses at their computer screens and the floors of their local game...

The Magic Online 2014 Community Cup is coming up quickly. On September 12–14, the Community Team will face off against Team Wizards in a futile attempt battle to keep the Erik...

With victory over the evil overlords of Wizards behind them, the 2014 Community Team is now free to do what any victorious team has a dark, hidden desire to do: turn on themselves until a single victor is declared! Khans of Tarkir provides to perfect set of weapons for a duel to the death. Each member of the Community Team will declare allegiance to another team, selecting one of Tarkir's five clans: the Abzan, Mardu, Sultai, Jeskai, or Temur. They will then construct their weapons and prepare for a single-elimination Sealed Deck tournament to the death. The losers die a meaningless death. The winner, however...the winner earns eternal glory for they and their clan!

Today, no match will go unaired, no card unseen. Seven consecutive matches of fierce clan-on-clan action, as we whittle away the chaff to determine who the strongest among the Community Team really is. At the end of the day, only one clan can rule Tarkir, only one champion can lead them. By the end of the day, we will know just who that is.

This is the beginning of the end. The eight players of the Community Cup have inscribed their names into the annals of history. Björn Andreasson. Paul Cheon. Scott MacCallum. Erin Campbell....

KHANS OF TARKIR DECKLISTS by Wizards of the Coast

Here are all eight Clan-Pack Sealed Decks built by the victorious Community Team for their exclusive Khans of Tarkir Sunday Challenge. Bjorn Andreasson "I am the only Mardu player, and I think... 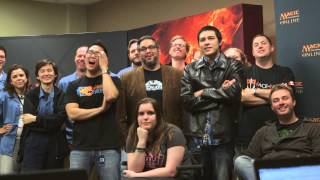 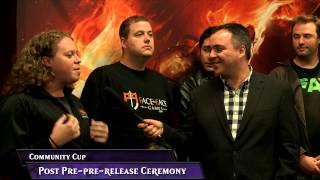 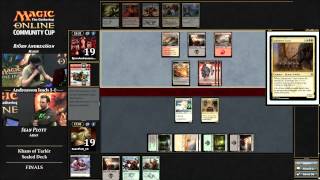 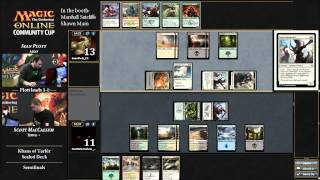 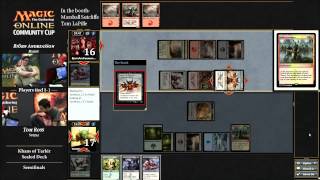 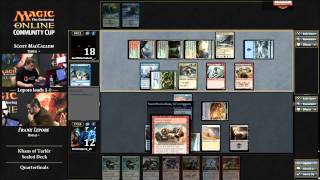 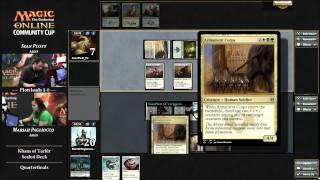 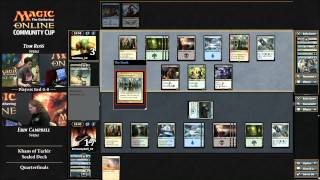 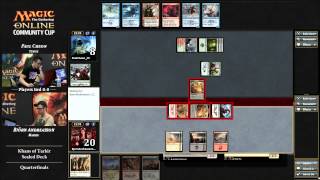 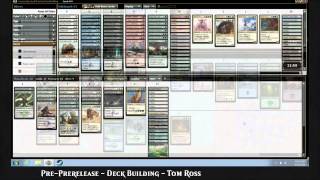 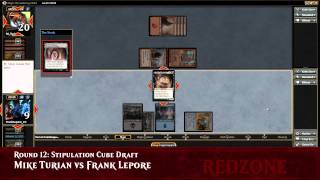 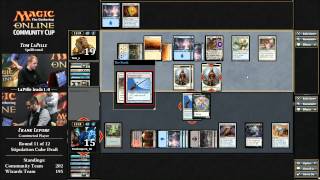 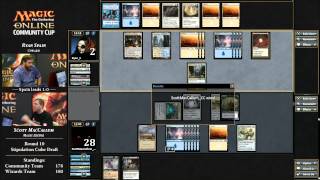 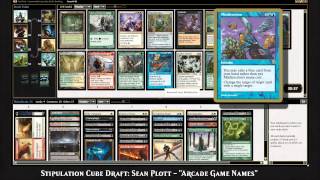 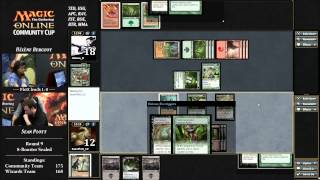 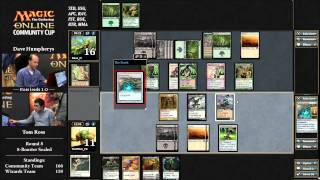 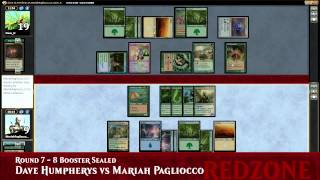 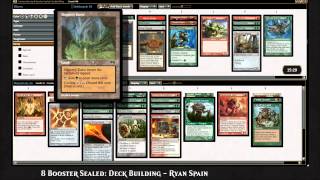 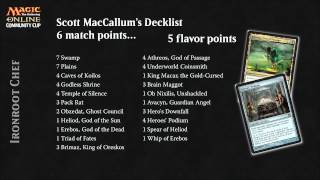 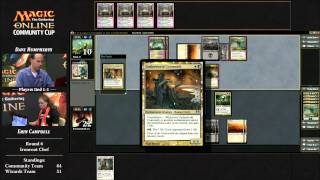 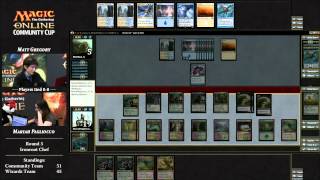 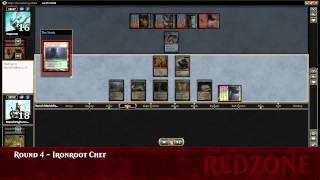 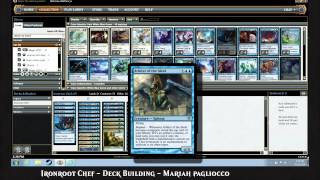 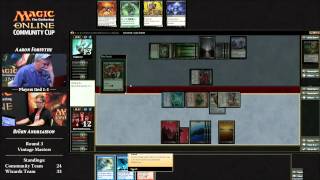 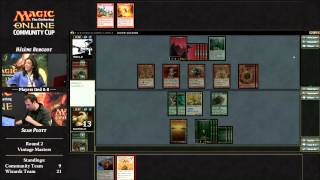 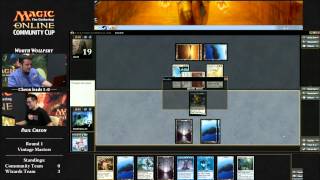 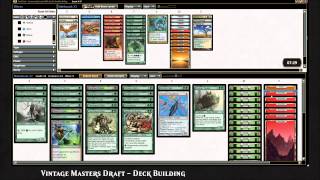 1 Awaken the Bear 1 Burn Away 2 Force Away