oth Michael Hetrick and Stephen Mann have started out precisely as well as they could have hoped, rattling off quick 3-0s in the draft portion of the day to make their way toward the top of the standings early, one win away from securing berths in Day Two.

But that was then. This is Modern.

Moving from the draft portion to Constructed can be a big shift, and many a 3-0 player has quickly been felled by a sharp return to earth when shuffling up 60 cards. Hetrick and Mann would both be hoping to avoid that fate.

Mann, who has a Pro Tour Top 8 as recently as Pro Tour Gatecrash, was placing his hopes on the Hexproof Auras deck, an archetype that has improved considerably with Liliana of the Veil losing its favorite traveling partner, Deathrite Shaman. His was a popular choice on the weekend, as a number of players chose to run the deck that features Slippery Bogles, of all things, prominently. Mann arrived at his list testing extensively with Team TCGPlayer.

Hetrick, on the other hand, testing mostly on his own, arrived with Living End, a deck that often preyed on aggressive creature strategies exactly like the Hexproof deck. It certainly seemed like a fortunate pairing for the six-time Pro Tour competitor, but the Hexproof deck could put players on a lightning fast-clock with the right hand. 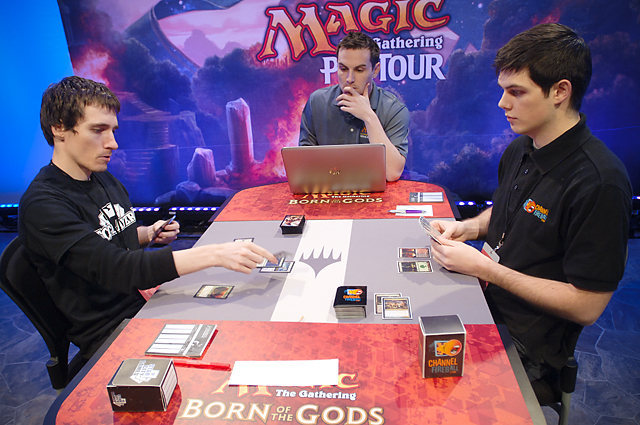 Both Michael Hetrick and Stephen Mann were representing interesting choices for today. One was Hexproof Auras, a deck that is well-positioned against Zoo. The other is Living End, a deck that has received a boost in power thanks to Deathrite Shaman's exist from the format. Which player will emerge from the first round of Modern matches with a win?

But, really, the match looked like it would come down to one simple question: Living End or no?

Mann got the start he wanted, leading with a Gladecover Scout and placing a Hyena Umbra on it to start attacking. There was no doubt as to exactly what he was playing right from the start.

Hetrick revealed his plans as well, cycling an Architect of Will on turn one, clearly signaling his intent to bring about a Living End at a convenient moment.

But it would have to be soon, as Mann dropped Hetrick all the way to 10 life on just the third turn, and threatened to do much more if he found Ethereal Armor or Daybreak Coronet. Rancor gave him some insurance against Living End, but he still would be in trouble if Living End fired off at an inopportune time...

...like, for example, his attack step. Which was precisely what Hetrick did, thanks to Violent Outburst. A pair of Architects of Will let him stack both players' decks, and the instant-speed Living End let him push far ahead on board. 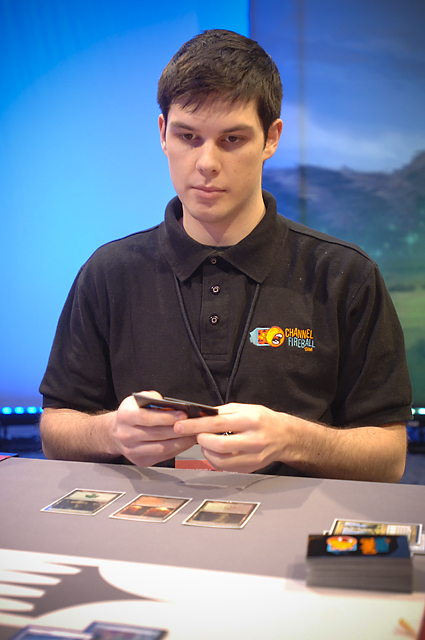 Mid-combat Living Ends can be brutal, as Hetrick has proven in his first game.

Mann did have a Path to Exile to remove a Pale Recluse from the game, but Fulminator Mage took out one of Mann's two lands and effectively closed the door on the first game. Hetrick had clearly answered the Living End question in the affirmative to start.

Mann, however, was pretty good at playing the Bogle game, once again leading with a Hexproof 1/1 for Game 2, his deck's signature play.

The real kicker, however, was the turn two Rest in Peace that put a halt to any graveyard shenanigans for the time being. Hetrick would still be able to use Living End as a Wrath of God of sorts, but he was a long way from getting full value out of his deck's namesake.

Instead, he merely tried to stem the bleeding with a Fulminator Mage to, maybe, block the Boggle, something Mann's Spirit Mantle played around neatly. Unable, or unwilling, to pull the trigger on Living End, Hetrick took a few attacks straight to the gut while Mann doubled up his Rest in Peaces in play.

Eventually, however, Hetrick was forced to use Living End to merely stay alive, hoping to cast some of his creatures the hard way. He followed it up with a second Living End on Mann's next attack, once again keeping his head above water. 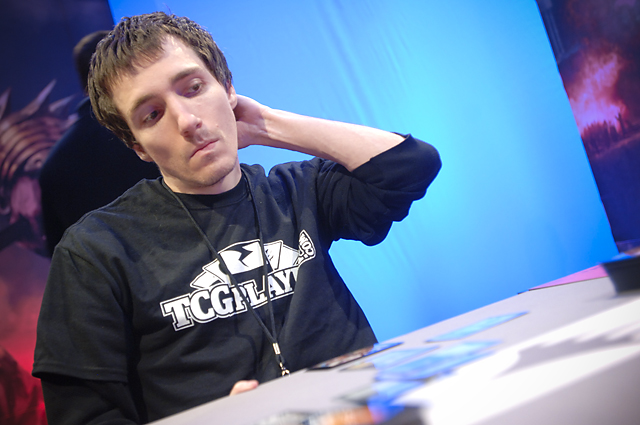 Mann hopes his copies of Rest in Peace can spell the end for Hetrick's more powerful shenanigans in their second game.

Hetrick eventually had enough mana and a clear enough board to start casting some of the clunky creatures that define Living End. Ingot Chewer was the first, and the mere fact that it was a 3/3, forget its ability or casting cost, was enough to stymie Mann for a turn. A Deadshot Minotaur continued to turn the game in Hetrick's favor, as his motley crew continued to outclass Mann's Bogles.

That eventually led to Mann doing something he really didn't want to be doing in this or any other matchup: blocking with a Bogle.

It was, however, a big Bogle. A big Bogle that could block effectively and battle back. A Boggle that bested one of Hetrick's beasts and threatened to be bigger than any bothersome creatures Hetrick might bring to the battlefield with.

So that prompted Living End No. 3.

With the board clear once more, Hetrick resolved his final creature: Shriekmaw. It didn't matter that it didn't kill anything. All that mattered was the fear it instilled in any Bogles that might want to block. One attack and a draw step later and all Mann could do was extend his hand, with a pair of Rest in Peace sitting in play next to Suppression Field, cards Mann questioned after seeing how the game played out.

"If those are auras, I'm probably in that game," Mann said while picking up his cards.

The Rest in Peaces, however, were nearly enough to push Mann ahead. Hetrick acknowledged he didn't expect much in the way of Rest in Peace, but that the game played out as expected in the face of such hate.

"I can't remove it, but I can use Living End as a wrath, and I have more creatures than him, so I'll win eventually," Hetrick said.

4 Architects of Will 4 Leyline of the Void