No matter who I asked, the response seemed to be the same thing: the cards from Theros in Limited are a bit stronger on average than their counterparts in Born of the Gods. At this point, it's almost a broken record. Yet that does a poor job of explaining what it means for the format. We have seen before the warping effect that one set can have on a format once it's released. There have been decks that simply ceased to exist overnight. There have also been dominating new strategies that have appeared seemingly from thin air. In each of these cases, the disparity was so great that players couldn't help but take notice. It was a complete redefining of the state of Limited. With Born of the Gods, the cards may be a little weaker, but they aren't so drastically different in scope as to completely change the format.

"To be honest, I really don't think much has changed," No. 16 Ranked Player and ChannelFireball teammate Eric Froehlich explained to me. "Coming into the week of testing before the event, we had a group that had been testing with the Czechs, and they told us that the format got much faster, that the aggressive decks had gotten much better. After getting a bit more testing in myself, I'm not so sure that's the case. The format might have picked up just a little speed, but it isn't really that much different from the way things were before. It is true that the fast decks may have gotten a little faster, and the slower decks a touch slower, but things are generally about the same that they were before."

"The format has really gone two different directions," Martell said. "Most of the time, a new set hits and the format shifts as a whole, getting faster or slower. With the cards in Born of the Gods, some of the decks got much slower, while other decks got much faster. This set really split things up."

This is an unusual effect for a single set to have on an established block. We have seen severe tempo shifts between sets before. Think of the difference between Zendikar/Worldwake and Rise of the Eldrazi. Zendikar was famed for its lightning fast play, with decks featuring Plated Geopede and Steppe Lynx capable of killing players on turn five. Rise of the Eldrazi, on the other hand, was the antithesis: slow, lumbering, and deliberate. Still, this drastic shift is rarely seen within a block, and even less with the set featuring a shift in two directions.

New cards from Born of the Gods offer up a chance for slight change in the Theros draft format, but not a dramatic shift in style.

In the end, this creates an interesting dilemma for draft. Which direction do you want to go? Conveniently, the fact that this is even a question that exists inherently makes the format richer and more fun. Having options in Limited formats gives each player a customizable experience. It also helps prevent play from becoming stale. This was exactly what R&D had in mind as Born of the Gods coalesced.

"Part of what we were trying to do with Born of the Gods is add a little variety of play to the way we felt Theros turned out," said Tom Lapille, Magic developer. "One of the biggest parts of Theros Limited was the 'Voltron-style' building up of one creature thanks to heroic and monstrous. With Born of the Gods, we made sure that there were additional avenues to victory, and these can definitely have an effect on the pace of the game. Decks with cards like Akroan Skyguard are clearly going to try and win before opponents can put all of their pieces together, while the inspired mechanic tends to push players to want to make the games go longer. In the end, they combine to create a greater variety of play." 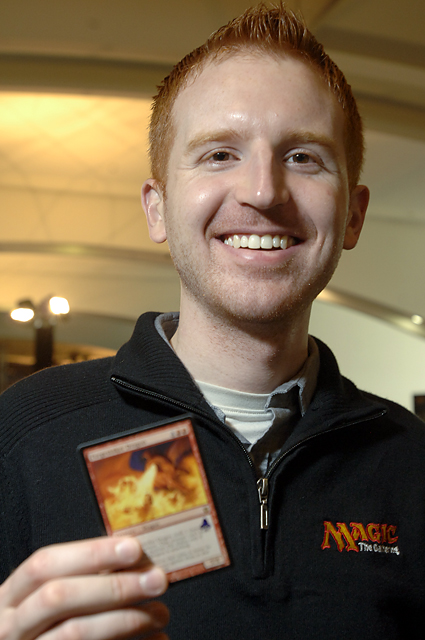 Magic R&D Developer Tom Lapille discusses the role of Born of the Gods in the Theros block draft format: while it will not take away what Theros is known for, it adds just enough to shore up other strategies.

Despite adding this variety and these other levels of play, many of the Pros I spoke to this weekend were quick to comment on how little they feel that the format has actually strayed from how it felt with triple Theros. As the set was being previewed, social media and strategy websites were inundated with comments about how drastically things were going to change. Black was rumored to be nearly impossible to draft. The format was supposed to be slowing to a glacial pace. All of the fun that people were having with Theros was supposed to go right out the window. Now, a few weeks in, we have seen that all of these fears are unnecessary.

The more things change, the more they stay the same. And honestly, things only changed by a small degree.

"Yes, Born of the Gods is out now," Froehlich said. "But there are still two packs of Theros that are going to follow it. The addition of one new set isn't going to completely change the world."

Nothing quite sums things up like that last statement from Froehlich. Remember, we're adding one pack from the new set to the Booster Draft environment. That's fourteen cards out of the forty-two that players are going to end up with. It is surely going to have an impact, but it isn't going to redefine things. It's evolution, not revolution.