he big focus this weekend, outside the cards and decks themselves, have been the rise of the super teams, the large testing groups that bring varieties of expertise to bear and share.

But then there's the flip side to that, the lone wolves braving the Pro Tour. They're out there and, against apparently surmountable odds, several of them are thriving. They're typically players who have qualified through PTQs or a Grand Prix Top 4/Top 8, but, so far, the lack of a team hasn't necessarily stood in the way of their success.

Take Michael Hetrick for example. As a writer for ChannelFireball, Hetrick has only been to a handful of Pro Tours and isn't yet an established Pro, but has a Grand Prix Top 8 to his name and a work schedule busy enough to keep him from testing extensively. 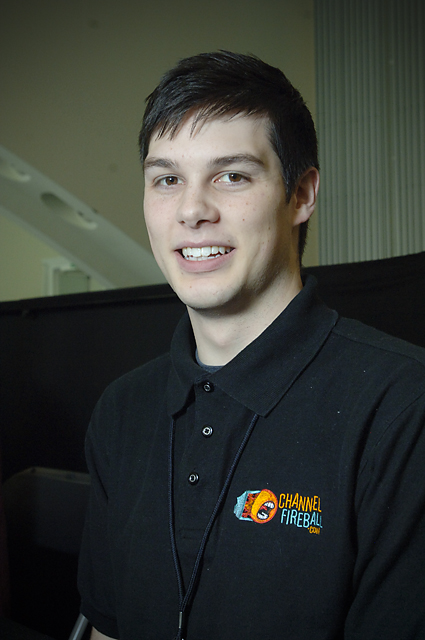 Job commitments kept Micahel Hetrick from being able to join a large team. Nonetheless, he maximized the time he had available and went with the deck he was the most familiar with: Living End.

"I won a PTQ early in the season, but I knew I wouldn't have time to test," Hetrick said. "At the time I just figured I would play Living End and just run with it."

Hetrick has worked with teams in the past and says he prefers it, but noted that if there was ever a Pro Tour to be forced to work alone, this was it.

"Drafting is pretty easy to learn, since not much has changed. And Modern is a pretty stable format, even with the bannings," he said. "It's really the best scenario for the unteamed."

Instead of teaming up, Hetrick relied on Magic Online to do most of his testing and stuck with what he knew: Living End. So far, the work has paid off, as he started 5-0, defeating others along the way who had teams to lean on.

Ironically, Hetrick thinks he might not have played Living End if he had a team to talk him out of it.

"If I had a team, I'm sure people would say not to play Living End. People say it's easier to beat, that it's too linear," he said. "But I know Living End well."

Daryl Ayers, who qualified on points from Grand Prix D.C., where he just missed the Top 8 on tiebreakers, also stressed playing what you knew when you had little time to prepare. 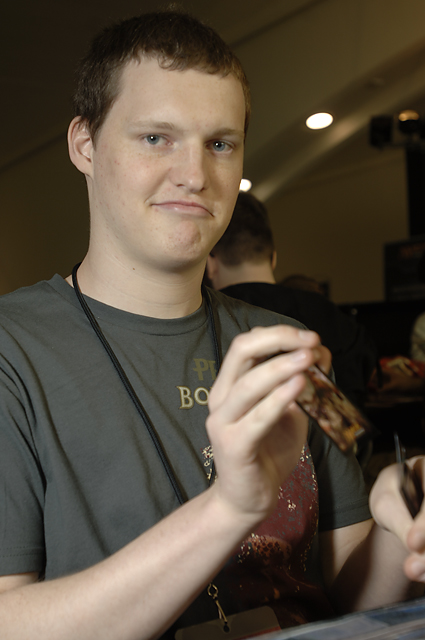 Daryl Ayers had few options for testing with a team. As a result, he spent time playing with the deck he was comfortable with: Scapeshift.

He's running – and winning – with Scapeshift, a deck he's been "playing for months" and which he felt got even better without the worry of a turn two Liliana of the Veil from Jund.

For Ayers, the choice not to work with a team wasn't much of a choice, as he doesn't regularly play in large events, but he just happened to qualify through the Grand Prix. As a result, he didn't have a network of qualified players to test with. Instead, most of his testing was done, like Hetrick, on Magic Online.

Ayers also echoed Hetrick, saying that, unlike Standard or Block, Modern was more predictable. Still, he said he felt at a disadvantage.

Ayers pointed out that, for example, a lone player would have been unlikely to come up with Mono Blue at Pro Tour Theros, while two separate teams came up with similar versions, giving them a leg up in unknown formats. But Modern, by and large, was known. As a result, he felt comfortable running Scapeshift on his way to a 4-1 start, including 2-0 in Modern.

And then there's Mike Hron, who not only didn't test with a team, but didn't actually test at all. 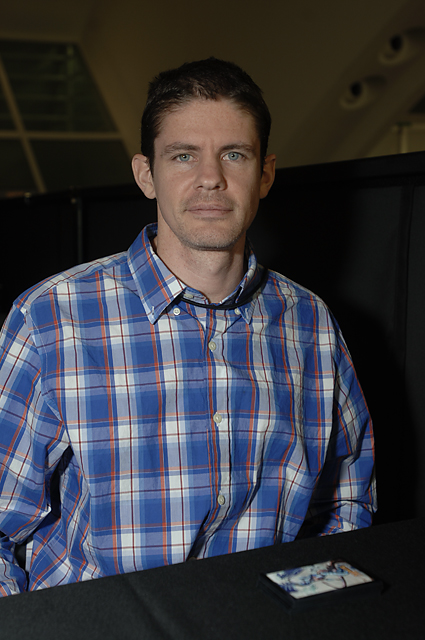 I spoke to him just after he picked up his first loss of the day in Round 5. There's nothing terribly remarkable about that on the surface, given his track record as one of the strongest players on the planet when he puts his mind to it. Typically, that's just how Mike Hron runs. Hot.

The new father, who recently had a child in September, simply doesn't have time to play much these days and did most of his preparation for the Pro Tour the way most of us prepare for casual kitchen-table games: "I read about some decks online."

And yet he found himself running through the draft with only a draw to blemish his record and then promptly won his first match of Modern ever—with a deck handed to him simply because it was the deck someone had the ability to loan out.

The lesson? If you can't be on a team, test on Magic Online.

And if you can't do that?