Posted in Competitive Gaming on February 8, 2020

Day 1 of Players Tour Phoenix had it all. These are the highlights that most stood out.

More than 350 players came to Phoenix for the first Players Tour in the United States, but only one ended Friday undefeated. That honor belonged to Patrick Tierney, who entered the tournament with sustained Grand Prix success but zero previous Top 8s.

But Friday belonged to him. He cruised through his draft and then turned to Pioneer, where his late switch to the Lotus Breach combo deck paid off. 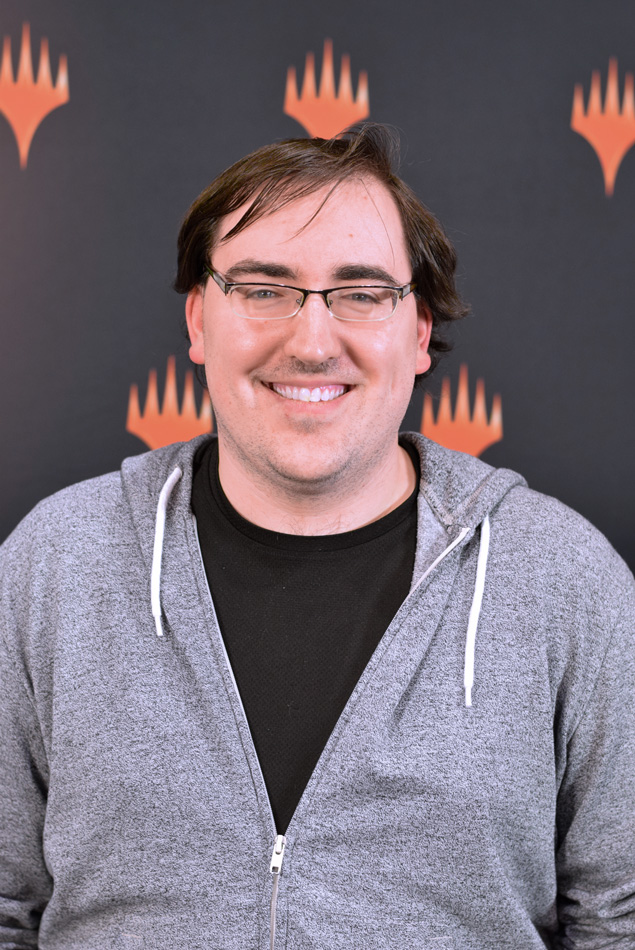 Lurking just behind Tierney are a litany of big names, including Magic Pro League and Rivals League competitors. MPL members William "Huey" Jensen and Seth Manfield, along with Rivals players Sebastian Pozzo, Matt Nass, Eric Froehlich and Luis Scott-Vargas all came in at 6-2 or better.

With another draft and five more rounds of Pioneer tomorrow, it will be a sprint to the Top 8 among some of the best players in the world. 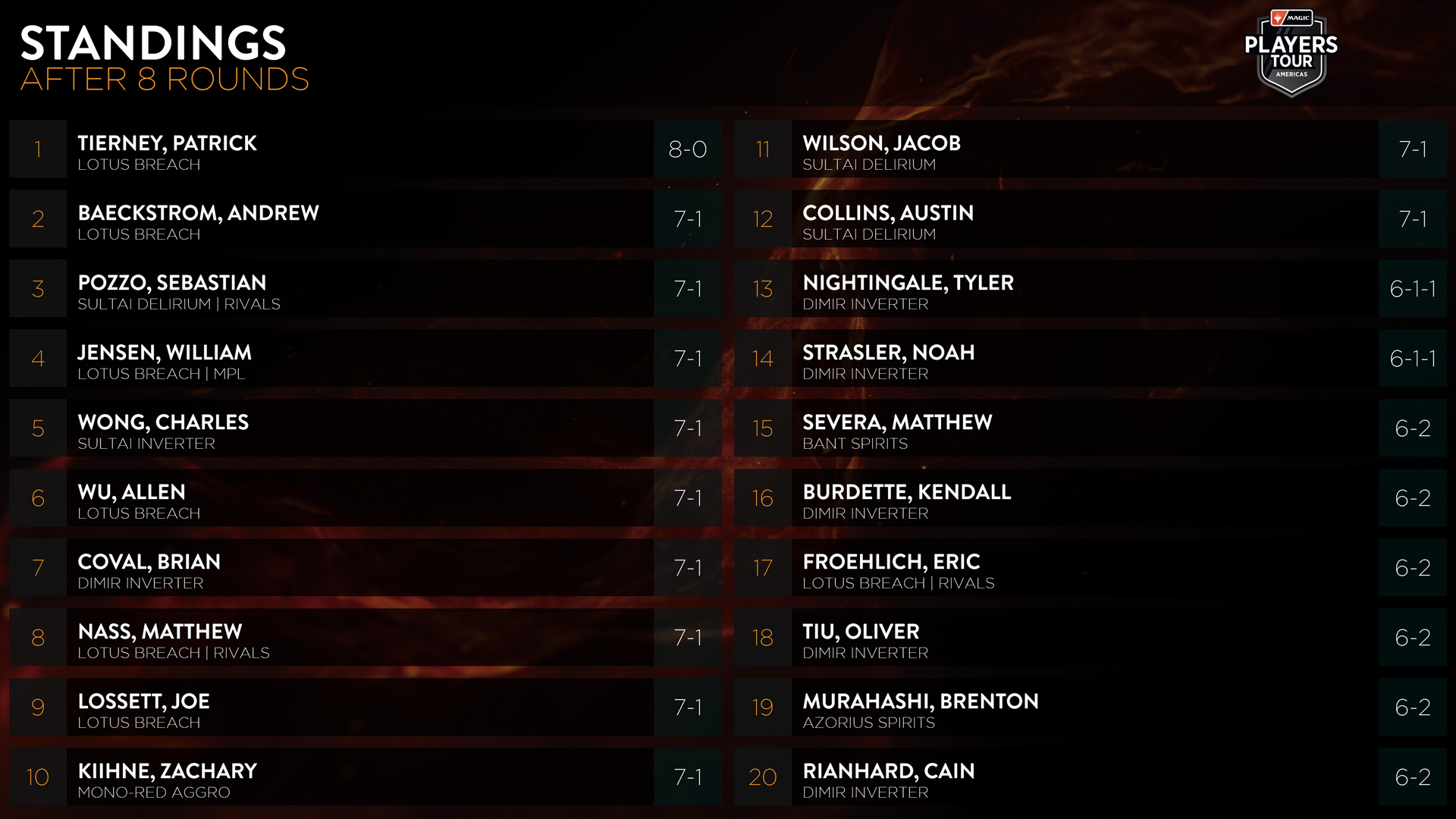 Rarely do we see so much movement in such a short time period, but Pioneer has evolved rapidly since the release of Theros Beyond Death and the trio of Pioneer Players Tour events. But in the span of just a few short weeks we've gone from Scrapheap Scrounger reigning supreme to the stunning arrival of Inverter of Truth and Thassa's Oracle to the dominance of Underworld Breach. We've even seen Coax from the Blind Eternities.

The format has come a long way, and after Day 1 of the Players Tour, here's how the top 20 shakes out.

Many pros have devoted themselves to breaking out of the underworld this weekend – and Underworld Breach hasn't disappointed them. If it was Inverter of Truth and Thassa's Oracle that broke out in Brussels last weekend, it was the new versions of Lotus Breach that have stolen the spot here in Phoenix. Eschewing Chronic Flooding, which had been played to combo with Breach, in favor of a Fae of Wishes engine has removed some of the decks' clunkier draws and turned it into a lean combo machine.

It was enough to propel Tierney to a perfect record, and though he was a late convert, he was singing the praises of the deck afterward.

"It feels pretty broken – it's really strong and it's the best deck in the format," he gushed. "You can beat the hate, and the deck is just really, really fast."

(Note: Sideboard card quantities will not be published for Players Tour Swiss rounds. Top-performing Pioneer decklists with complete sideboards will be published on Sunday.)

4 Pore Over the Pages 1 Hour of Devastation

To wit, the numbers backed up Tierney's claim. Breach was the best-performing deck on Day 1 among the major archetypes. Fifty-eight percent of its pilots advanced to Day 2, easily outpacing Sultai Delirium (48%) as the highest conversion rate in the field. For reference, Dimir Inverter was third at 42%, while the aggressive Mono-Red and Mono-Black Aggro decks failed to perform, advancing just 28% and 32%, respectively.

While the top of the metagame in Phoenix is well-defined, there were a handful of unexpected brews that also advanced to Day 2. And there's something for everyone in the bunch, beginning with DJ Miles' brew that can only be described as a throwback to Zoo.

1 Declaration in Stone 1 Rest in Peace

For those who prefer to slow the game to a halt rather than attack, Samuel Cook's Orzhov "Stax" Doom Foretold deck did just that en route to Day 2.

3 Cast Out 4 History of Benalia 1 Gideon, Ally of Zendikar

There's plenty of ground left to explore in Pioneer, and we'll see the best in the world take another crack at sorting out the format on Day 2.

While big names littered the top of the standings, it wasn't all pros finding success. One of the most exciting runs of Day 1 belonged to Giana "Bloody" Kaplan, a popular streamer and fan favorite who has advanced quickly through the competitive ranks. She picked up Magic less than a year ago and found herself frantically trying to learn Pioneer over the past week after winning a qualifier for the Players Tour.

Kaplan is a quick study, and she started the day by winning her draft pod. She then went on a run with Mono-Black Aggro, and finished the day at 6-2. It was an incredibly impressive run, and she'll enter Saturday with a great shot to make a Top 8 run. 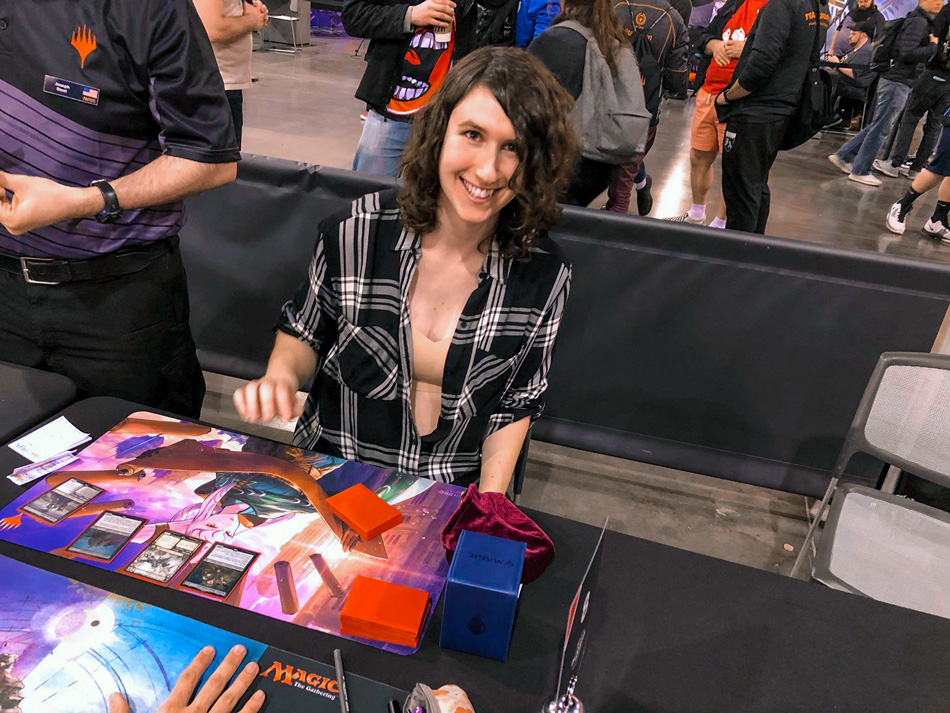 what a freaking DAY

been playing @Mengu09's mono b list, feels so amazing. tbh both losses were just me messing up in some way lol ~

Time to rest and come back SWINGIN' tomorrow. ?? pic.twitter.com/H2GuljzQet

Finally, a glimpse behind the coverage curtain.

And one more clip for the night from #PTPhoenix.

Unfortunately, we cannot promise that no spinning wheels were unharmed in the making of this video. Sometimes, the Theros revelry has consequences (featuring @MissMariapants and @ZBexx). pic.twitter.com/r9YtLl5YGW

Thanks for joining us for Day 1 of Players Tour Phoenix. Live coverage of Day 2 kicks off at 9 a.m. local time on Saturday!

Posted in Competitive Gaming on February 8, 2020