arly this morning and even yesterday, there was a lot of talk about devotion. Devotion to red, devotion to black, devotion to green, blue, and even white. The biggest story appeared to be the mostly mono-red deck ChannelFireball had developed, arguably the most prominent and successful team currently on the Tour. But as they so often are, initial impressions may have been misleading. Several teams, most notably StarCityGames and Team Danube Monarchy, have brought Mono-Blue Devotion and are ready to fight for the crown.

Earlier I spoke with Kai Budde, member of Team StarCityGames which features fellow Hall of Famers Jon Finkel, Zvi Mowshowitz, Gabriel Nassif, Patrick Chapin, as well as new inductee William Jensen, and a number of other well-respected, formidable players and deck-building masterminds. Budde, like some (but not all) of his teammates, is running a version of Mono-Blue Devotion and seemed to be pretty convinced of that deck choice. "I think Thassa, God of the Sea and Bident of Thassa are the two biggest cards to have come out of Theros," said the German Juggernaut. He didn't want to go into any more detail then, but now the cat is out of the bag, so let's look at some of the ways to show one's devotion to the color blue. 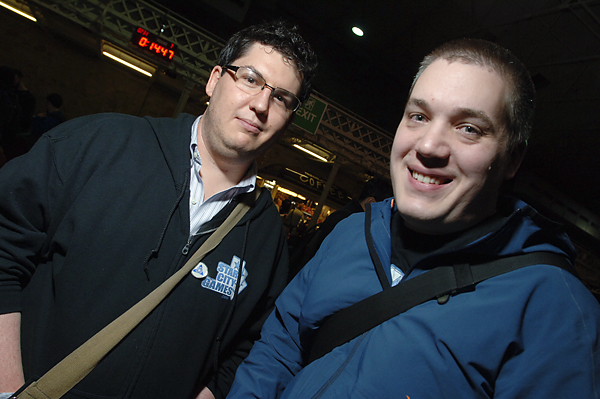 Kai Budde and the rest of Team StarCityGames saw the power of Thassa and her Bident, choosing to make great use of both cards in their decks for the Pro Tour.

The deck starts developing its blue base right on turn one with Cloudfin Raptor and Judge's Familiar. "The owl was pretty good at the last Pro Tour already," Grand Prix Warsaw champion and member of Team Danube Monarchy Wenzel Krautmann said. Apparently, the Familiar has seamlessly made the jump from Block Constructed to Standard.

The deck then continues with Tidebinder Mage, a card whose main-deck inclusion has raised some eyebrows already. However, here, its usefulness against red and green creatures combines with its handy double-blue casting cost to make it worth the risk of missing with the enter-the-battlefield ability. Still at two mana, there's Frostburn Weird, a card that has been lurking on the cusp of Constructed viability for a while and got the final push through Theros 's devotion mechanic. Curiously, both the blue and some of the red devotion decks make use of the Weird, though it may be better in the blue version for several reasons: blue is notoriously shy on good early drops; a 1/4 fits better into the somewhat less aggressive approach of the deck; and it can turn Cloudfin Raptor into a 3/4.

At three mana there's Nightveil Specter, adding another three mana symbols to one's devotion. Various variants of the deck also include Claustrophobia, finally making the jump from Limited to Constructed, again thanks to its casting cost. With all of these heavy-blue cards on the battlefield Thassa, God of the Sea becomes an obvious four-off, of course, although the maritime deity certainly doesn't have to be a 5/5 creature to be worthwhile. In any case, scrying every turn often helps to find the necessary accessories for its animation.

And Thassa isn't the only card to reward its controller for his or her devotion to blue either. Possibly just as important is Master of Waves, often creating an absurd number of tokens. Those in turn, at least in some versions of the deck, power Bident of Thassa which itself adds additional devotion. Jace, Architect of Thought rounds out the four-mana slot.

As for lands, even though the deck only needs Islands to cast its spells, there's still a little variety here. Mutavault is a given, and often attacks for 3 thanks to Master of Waves, but Nykthos, Shrine to Nyx can be found in some lists as well. While the deck usually can't do a lot with copious amounts of mana, with no activated abilities other than Thassa itself to dump spare mana, sometimes the number of cards drawn off Bident of Thassa get insane, and a few people even have Cyclonic Rift to overload.

Talking about variations of a popular theme, some people run Dissolve, some have Rapid Hybridization. Others could be seen taking a more aggressive route, adding Galerider Sliver as an additional one-drop. There still seems to be some debate as to the perfect execution of this idea. However, some of the finest players in the history of the game agree on one point: Mono-Blue Devotion is a real thing and we'll probably see more of it throughout the weekend and beyond...