esterday morning, 428 players sat down for Round 1 of Pro Tour Theros , the latest event in a long line of tournaments going back all the way to February of 1996. That's right, the Pro Tour has been going for more than seventeen years, and what's even more crazy is how several people have stuck around for all those years, playing both then and now. 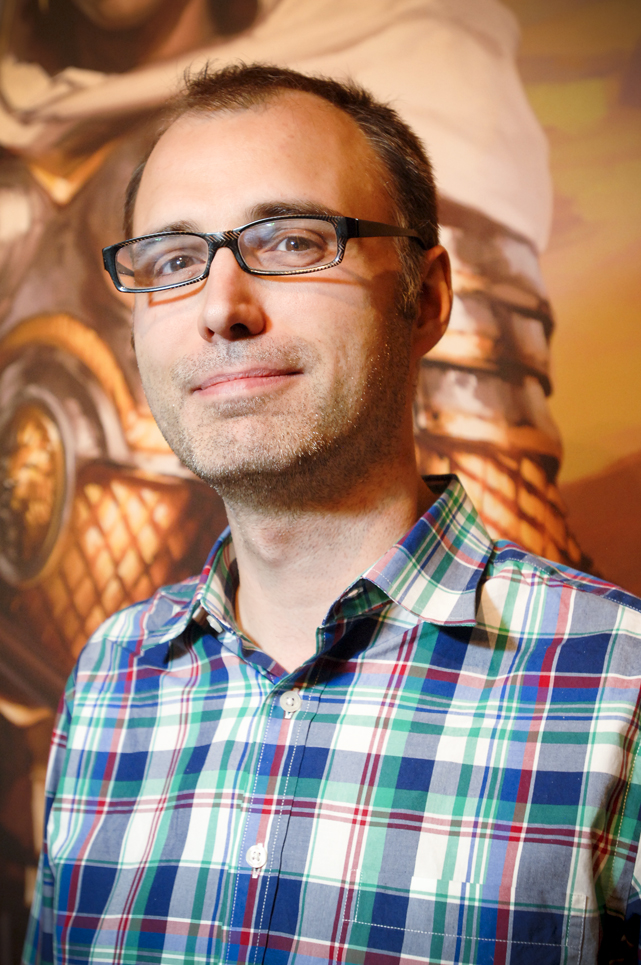 One of them is Chris Pikula, a familiar face not only because of Meddling Mage, the card he created after winning the 2000 Invitational. Pikula hasn't been seen on the Pro Tour for quite some time now, but once upon a time he was one of Magic's foremost pro players with three Pro Tour Top 8 finishes between 1996 and 1998 and a total of 30 Pro Tour appearances. For this event, he qualified via Special Invite which, among other things, allowed him to share some of his knowledge about the way the Pro Tour changed over time.

"The biggest difference between then and now, I'd say, is that the overall level of play is much higher. Back in the day, you had a few people way above the rest. Nowadays, everyone is solid. You can't really qualify if you don't know how to play," said Pikula. "Also, the tournaments run much smoother now. During the early years you sometimes got hiccups regarding the number of players making some cut for example. Today, apart from the occasional issue at Team Grand Prix all kinks seem to have been ironed out. And the venues! This one is fantastic. Venues seem to be very solid these days."

Does he still know a lot of players? "I know almost all the top players from the States. I know the oldschool Europeans too, the Hall of Famers, but not a lot of the new ones." The Hall of Fame must be somewhat of a bittersweet topic for Pikula, as he had missed induction this year by a small margin and is going to fall off the ballot for next year without a good finish here. "I think I need to make Top 16 to stay on the ballot. I don't think I'm going to make it." Talking about his chances to qualify for the Pro Tour again, he said, "I should be able to. It's tough though. I don't get to go to many PTQs at the moment, but I'll get back eventually."

And do current players still know the name Pikula? "Sometimes no. It's hit and miss," he admitted. "Actually, there's a funny story here. I was asked by one of my opponents whether I'd had a feature match and I said yes and he asked, 'Yeah? So who did you play against to get featured?'" 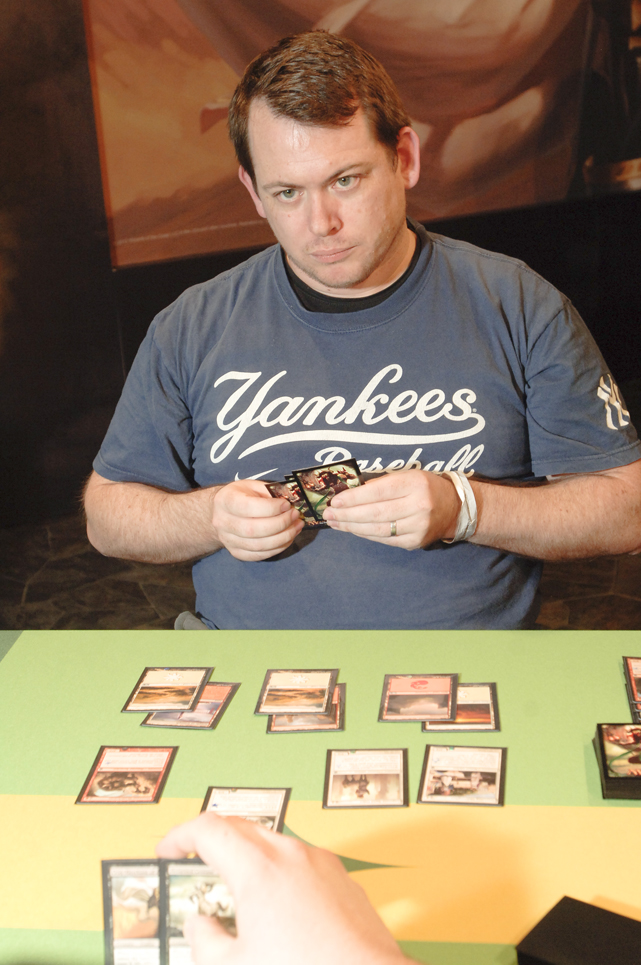 Another old-time pro, though this one "only" had his Pro Tour debut in 1997, is Irishman John Larkin, who made it to the Top 8 of three Pro Tours as well, in his case between 2000 and 2002. He also gave us his comparative analysis of the old days and modern times.

"There's obviously a lot more people now; more rounds too, which in a way makes it better for the good players, you know, to not get on the bad side of variance. Back in the day we had, like, 12, maybe 14 rounds. Two losses and you were in trouble," said Larkin. "I also love the fact that all the events are mixed format now!" (Up until a few years ago, Pro Tours were either all Limited or all Constructed.)

"And now they have a Pro Tour every time a new set comes out. That was an awesome idea. Now there's always something brand-new, players all have the same time, a couple of weeks, to prepare. It really is ideal," Larkin continued. "All of these changes make the Pro Tour so much better."

About his personal experience playing this event, he said, "It's great to be back. I love Magic and it's good to see so many old friends, like the Hall of Famers. Oh, by the way, when they introduced the Hall of Fame [in 2005] I immediately thought that was a great idea too," he went on, concluding, "overall, I'd say the Pro Tour is alive and well, actually better now than ever!"