he final round of play on Day Onea pitted two Hall of Famers against each other—and two teammates too. Both had tested together on Team StarCityGames and knew each others' decks. When they sat down in the feature match area they even went so far as to discuss the specific numbers of certain cards in their decks and sideboards.

"How many Doom Blades in your deck?"

"Three. And you have three Rapid Hybridizations in yours."

"Three in the sideboard, yes."

While the match was friendly, this was still serious business. Both players were 6-1 in the tournament so far, close to the top of the standings, in a good position to win a lot of money and even make it to the Top 8. Only one of them, however, would remain in such a great position for the beginning of Day Two. 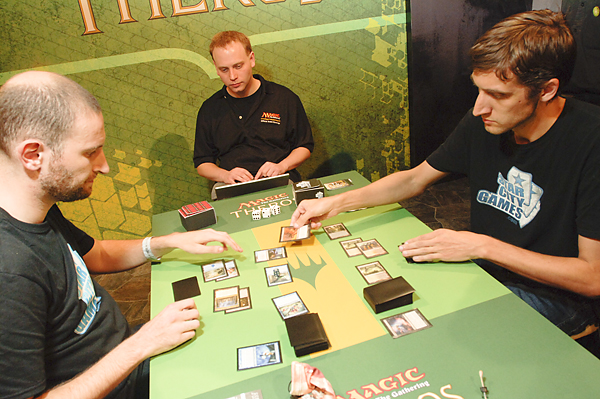 Hall of Famers Patrick Chapin and Jon Finkel, both teammates, chose to go for different deck options as the two faced off to improve their records for Day Two.

The match-up here was Orzhov Midrange played by Chapin versus Mono-Blue Devotion played by Finkel, a battle that both players agreed favored Chapin. But as Finkel put it, "Sometimes you hit the one-out-of-four chance."

Finkel started on Cloudfin Raptor, Chapin on Thoughtseize, seeing Nykthos, Shrine to Nyx, Thassa, God of the Sea, Thassa, God of the Sea, Mutavault, Nightveil Specter, and taking Omenspeaker. Thassa came down on turn three, then Nightveil Specter met Hero's Downfall. Obzedat, Ghost Council was the first inroad by Chapin, but Finkel's Master of Waves brought a lot more power to the table. A second Cloudfin Raptor and Tidebinder Mage increased Finkel's devotion to blue beyond the crucial threshold of five. Chapin was able to get rid of the Master of Waves and its retinue, but unblockable Thassa beats ended the game nevertheless.

In the second game, Cloudfin Raptor met Pharika's Cure, Frostburn Weird faced Desecration Demon, and Bident of Thassa didn't do much of anything. Once again, Obzedat, Ghost Council brought the beats for Chapin and once again Finkel tried to fight back with Master of Waves. However, also once again, all elementals and their master died to Hero's Downfall and Obzedat and Desceration Demon carried Chapin to victory. 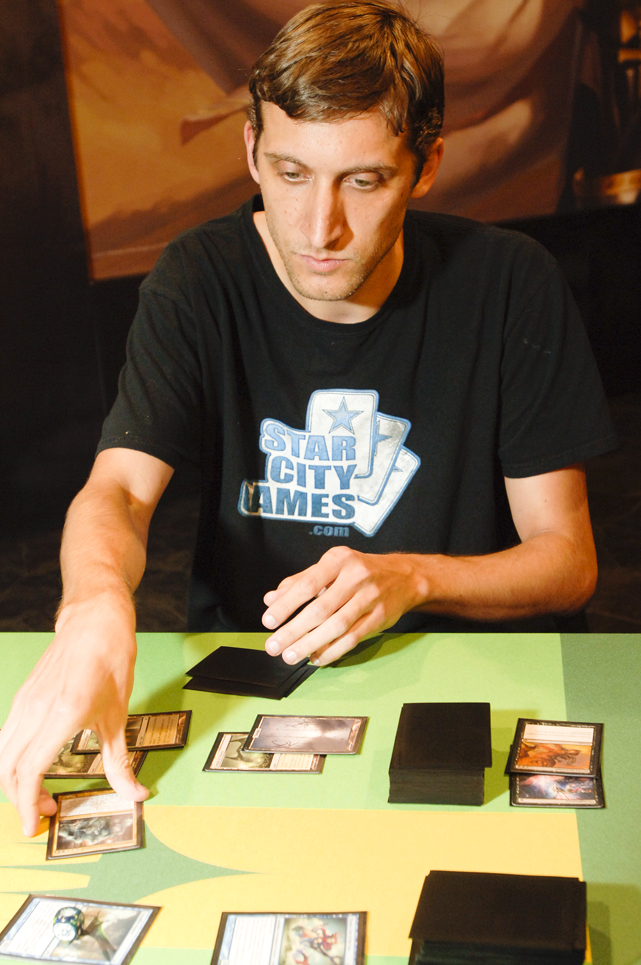 Both players in the match agreed that Chapin's Orzhov deck has the upper hand.

After an exchange of Thoughtseize and Negate, Judge's Familiar and Devour Flesh, Finkel was left with just Thassa, God of the Sea on the battlefield to Chapin's Soldier of the Pantheon. However, after scyring, Finkel came up with Nightveil Specter, instantly quadrupling his devotion to blue and deploying a creature that was sure to be safe from Doom Blade. Next turn, Finkel added Bident of Thassa and attacked with Thassa and Nightveil Specter generating three extra cards when he hit land with the Specter. Chapin's Desecration Demon wasn't going to stop Finkel's offense either as Thassa/Nykthos simply granted unblockable status to all. A second Desecration Demon constituted a lethal force in theory, but ultimately didn't help either. The extra cards provided by Bident of Thassa included two Judge's Familiars which heroically sacrificed themselves to tap down the Demons. Thassa and Nightveil Specter took the game and match. 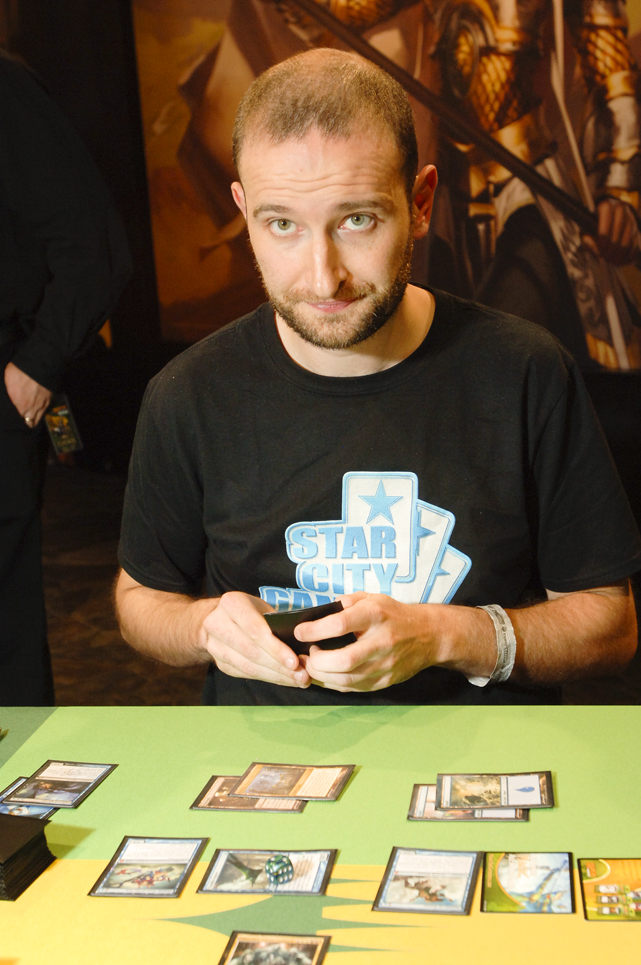 Finkel overcomes odds as Bident of Thassa carries him to victory.

"Yeah, that's definitely not the way this match-up is supposed to play out," Finkel said. "Drawing three cards every turn with Bident ... that just doesn't happen usually."

"I ended Game 1 with three more lands in my hand," Chapin offered as way of explanation.