Team Cardhoarder was one of the first to embrace the Pro Tour Team Series. The team was formed several years ago and made primarily of up-and-comers on the amateur scene, ready to scrap and claw their way up the chain even as they competed on the Grand Prix level against the game's top players. The experiment was a success; most of the team broke through to the Pro Tour level and has found consistent success on the regional circuit.

Now, Cardhoarder is going worldwide. But they're not doing it alone.

The 2017–18 Team Series kicked off this weekend at Pro Tour Ixalan, and this year Cardhoarder has upped the ante by adding a second team: Cardhoarder Brazil. Headed up by Hall of Famer Willy Edel, the team is the perfect complement to a squad that has already helped to put Cardhoarder on the map in terms of professional Magic.

In Edel, the organization found more than a Hall of Famer to sponsor—they found an enthusiastic partner whose goals line up seamlessly with theirs. Cardhoarder made its name sponsoring amateurs and Silver-level pros; Edel is the linchpin for nurturing young talent in Brazil.

Nothing illustrates his character better than his Hall of Fame acceptance speech in 2015. Fighting back tears, he spoke not of his own hard work and accomplishments that got him to the pinnacle of Magic, but of what it meant to his home community to have someone inducted into the Hall of Fame. At the peak of his career, Edel could think only of how proud he was to represent Brazilian Magic, and of the sacrifices his family had willingly made so he could chase his dreams.

"Benefits such as fees to attend events and byes didn't really appeal too much to me, but the fact that I have lifetime invites means that if my son qualifies for a Pro Tour, he will surely have a playtest partner," Edel said at the time. 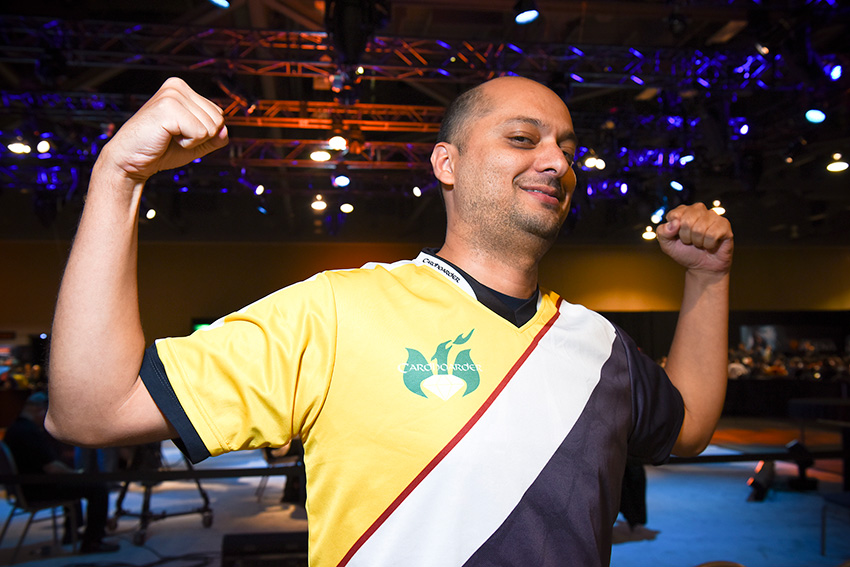 Since his Hall of Fame induction, Edel's career arc has shifted. Rather than team and test with the best in the world to chase Pro Tour trophies, Edel did something much more challenging—he continued to work with players from Brazil who have no trophies or pro status, but who are instead just trying to break into the game. His mentorship is renowned, and he's made it his primary focus to help those players take the next step.

That's where Cardhoarder comes in. The team wanted to break into the Brazilian market, and worked with Edel to put together a team of up-and-comers. That list turned out to include Marcos Paulo de Jesus Freitas, Jonathan Melamed, Guilherme Merjam, Bernardo Santos, and Eduardo dos Santos Vieira, all Silver-level pros who overnight went from a group of acquaintances all trying to string together their next Pro Tour invite, to a sponsored team with some security and support structure to help make their dreams a reality.

"These are players who have been Silver for a few years, and are just step away from a breakthrough at a Pro Tour," Edel said. "It's a big deal for Brazil to have this team for more than just the top four or five players, and I think that might be the missing link. Other players can see it and see that their hard work can pay off. Cardhoarder shares the same vision for a long-term future, and it's a good deal for everyone—especially the players who are coming up in Brazil."

As for Edel, his legacy is long secured. But he still has goals for this season, one that will undoubtedly be life-changing for him as well.

After more than thirteen years playing at the top of the Magic world, this will be Edel's last season to commit at that level. Between work and family at home, the dedication required to play at the top of the Pro Tour isn't a tradeoff he can make right now.

"I'll never stop playing, and I will make a Pro Tour here and there, but right now I don't have the time to commit fully, and it's excruciating for me to play knowing I'm not as prepared as I should be," he explained. "But I'm playing to help get this team into the Top 16 of the Team Series and get them invited to more Pro Tours. Next year I won't be there as much as I have been, but I want to plant that seed for the rest of these guys.

"This could be life-changing for them."

Edel's life will certainly continue to change—he's looking forward to more time with his family and less time spent in Draft camps and team meetings. And while he may not be the regular face at the Pro Tour he's been over the past decade, don't expect Edel to step away forever.

After all, his son may one day need that Pro Tour playtest partner. 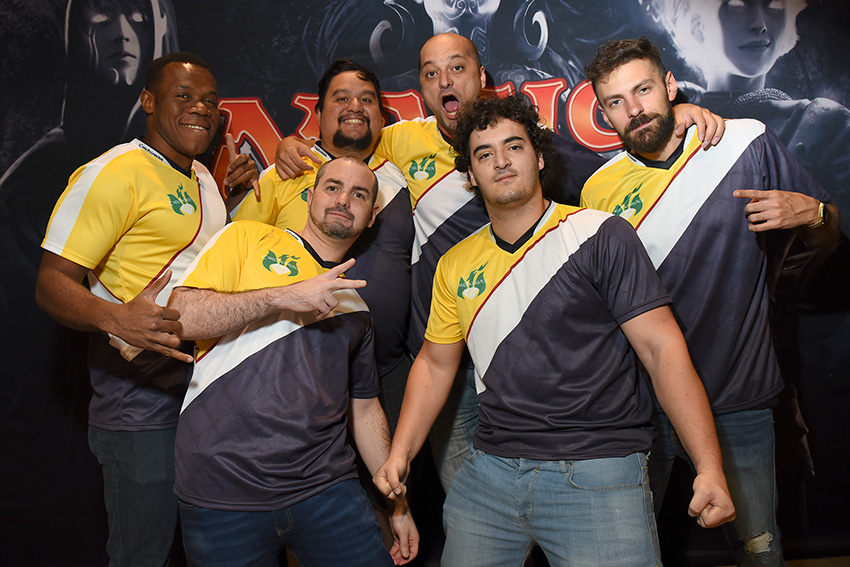