It's about time Vampires made it to Standard.

The Ixalan tribe hit the scene more than a month ago, but despite some powerful cards it hadn't made the leap out of Limited and into Constructed. Mavren Fein, Dusk Apostle and Legion's Landing are certainly splashy cards, but coming into Pro Tour Ixalan players hadn't figured out how to make the deck work.

Thanks to Wilson Hunter and Phillip Braverman, that's all changed.

There are dozens of teams at Pro Tour Ixalan, and many of them consist of veteran professionals who spent weeks and thousands of hours testing decks. That kind of preparation allows them to drill down to the best deck and iterate on it until they have the best version possible.

But not everyone can do that. Relative Pro Tour newcomers Wilson and Braverman recognized going in that they couldn't bring the best version of the best energy deck to the tournament. The pair is well-versed in older formats and even hosts a Legacy podcast, The Brainstorm Show, with friend Paul Michel. But Standard was beyond their area of expertise.

Still, for the pair looking to take the next step in competitive Magic, the Pro Tour was incentive to dive head first into the format. Of course, they had no idea where to start.

"I figured I may as well try and see if an Oketra's Monument deck could work," Hunter explained with a small shrug. "It was easy to build on Magic Online, so why not? And it turned out it was pretty good, so we kept working on it."

Legion's Landing and Legion Conquistador were the original centerpieces of the deck. Landing is a great first-turn play and becomes a value engine late in the game. Conquistador and Aviary Mechanic both play very well with Oketra's Monument, pumping out a horde of tokens and creatures at a steep discount.

But it was by embracing the Vampire side of the deck that took things to the next level.

"We added Metallic Mimic, which helped a lot, because games where you go Landing into Mimic into Mavren Fein, Dusk Apostle are really hard to stop," Hunter explained. "There are a lot of synergies and packages in the deck—you have the tribal side, and then you have the Monument packages as well."

After building a board, the deck transitions to its late game of anthem effects—Angel of Invention or Shefet Dunes, both of which can pump up an army of tokens to end the game in one big alpha strike. Of course, getting to five mana can be difficult with only 22 lands, but with four Legion's Landings, the fact it can turn into a land is a key part of reaching the necessary mana to close the game. 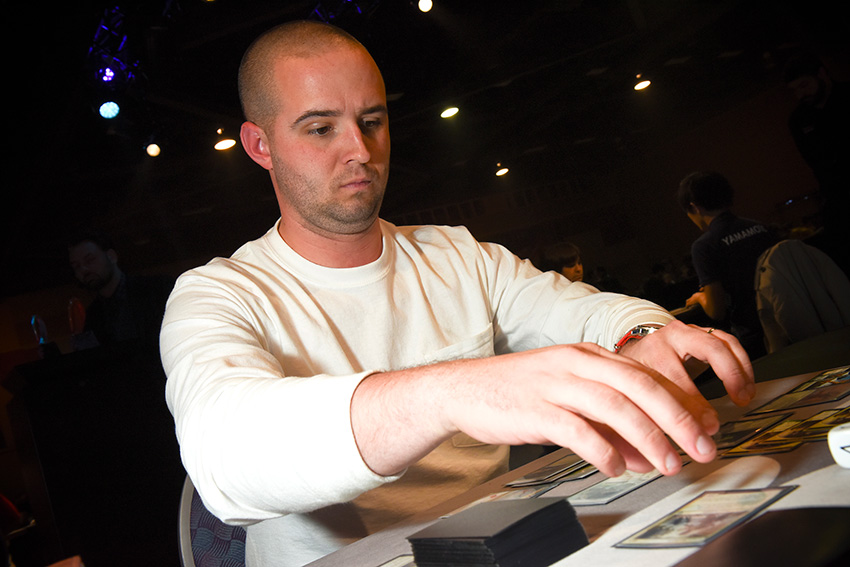 "We can't bring the best Temur Energy deck like the pros can, so we took a risk," he said of the deck that took him to his first Day Two in what was his third Pro Tour.

It paid off, as Hunter made a deep run into the tournament, advancing to 5-1 with his Vampires deck. Dusk // Dawn is a key sideboard card to fight against Temur, and he skewed the sideboard to prepare for the control decks.

"This was a metagame call for the weekend, but it's also a legitimate deck," Hunter said. "It has an aggro plan, a midgame plan, and a late-game finish." 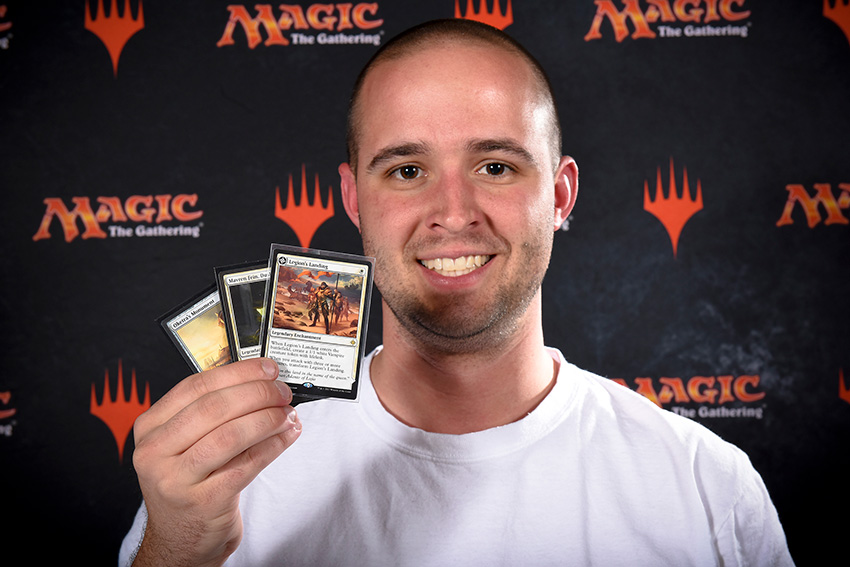