Round 16: Francesco Giorgio vs. Christian Hauck

Fifteen rounds of Magic. Six rounds of Draft. All coming down to this—one final match, with a possible Top 8 berth at Pro Tour Ixalan on the line.

It was a match of similar players looking for their big break. On one side sat Francesco Giorgio, with two Grand Prix Top 8 appearances to his name, while on the other was Christian Hauck with three. Both had made the Top 8 of Grand Prix earlier this year, and were playing deep into the Pro Tour on a high note as they looked to reach the next level.

It was a mirror of sorts, though Hauck's Temur Energy decked lacked some of the bells and whistles of Giorgio's Four-Color Energy deck packing The Scarab God and even Nicol Bolas, God-Pharaoh in the sideboard. Energy decks were the most popular of the weekend, and both had served these players well to this point.

What Hauck's deck lacked in power, it made up for in consistency, executing its game plan with reliability while still topping out on bombs like Chandra, Torch of Defiance and Glorybringer.

Hauck went first, and was able to trade his removal for Giorgio's Servant of the Conduit. Rhonas the Indomitable was the follow-up for Giorgio, which threatened to take over the long game, but another removal spell followed by Bristling Hydra meant that Hauck could pressure Giorgio while also keeping the Rhonas from getting into combat. With a pair of mana creatures removed and no third land in sight, Giorgio couldn't keep up with Hauck and scooped his cards shortly thereafter. 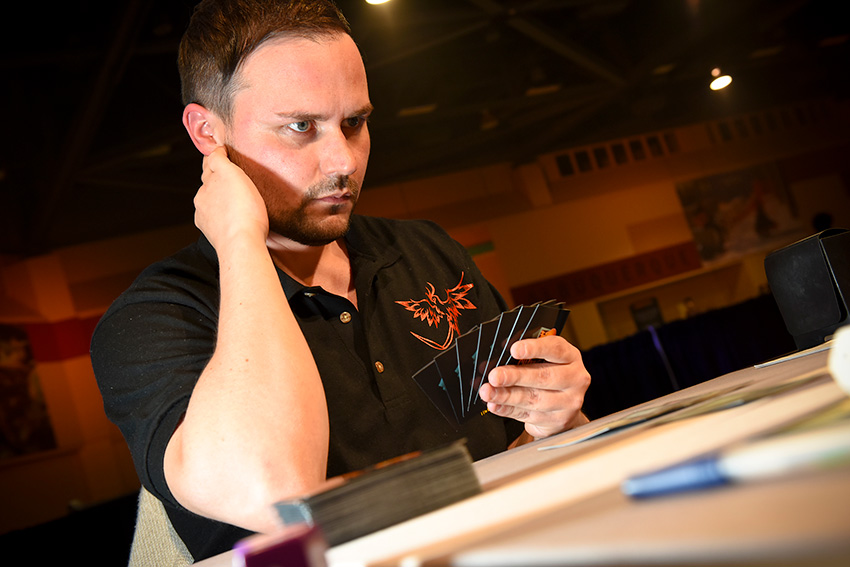 Christian Hauck took an early lead in the match after a quick Game 1.

In Game 2, a Servant of the Conduit from Giorgio traded for a removal spell from Hauck, but a second Servant—and a Rootbound Crag, a critical missing piece in the first game—soon followed.

Hauck advanced his game with Rogue Refiner, but it was no match for The Scarab God that followed from Giorgio, which animated the Servant of the Conduit and allowed him to drain Hauck while Scrying for his turn. Hauck couldn't fight back against the God straight-up, but he did play a second Bristling Hydra, which gave him a pair of potentially hexproof threats.

Giorgio, meanwhile, was bottoming creatures with his scry triggers in an attempt to find a critical eighth source of mana to cast the Nicol Bolas, God-Pharaoh in his hand. When his draw step failed to yield him that, he "settled" for a Glorybringer to shoot down Hauck's Rogue Refiner and start the race. 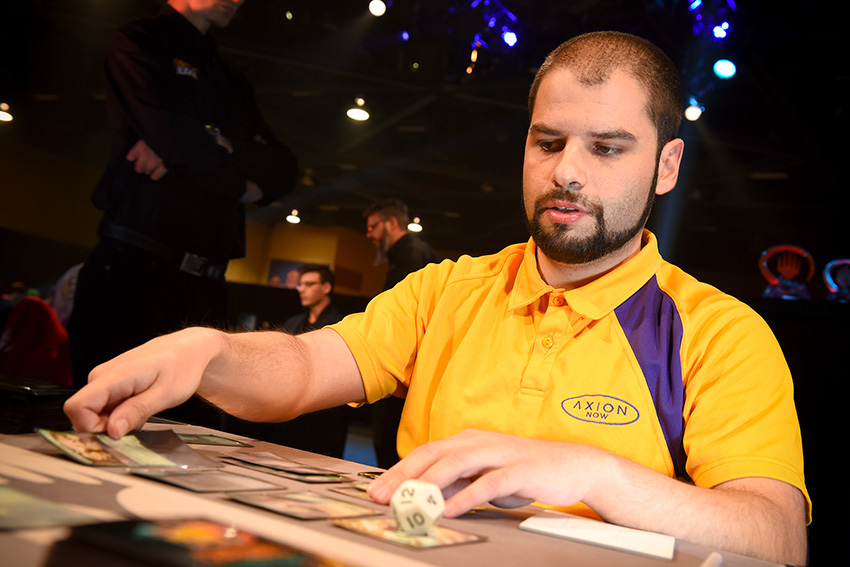 Francesco Giorgio would need to hold off the Hydras to even the match.

Hauck had other plans. Confiscation Coup allowed him to steal The Scarab God from Giorgio, though the potentially game-breaking play was neatly answered by Giorgio's own Confiscation Coup to reclaim possession of his missing God.

That convinced Hauck to get aggressive, and with eight energy in his reserve he attacked with both Bristling Hydras. When Giorgio blocked with his 4/4 Servant and The Scarab God, Hauck burned his energy to take down the Servant while removing the God for a turn thanks to an end-step Abrade.

That passed the turn back to Giorgio, who was able to untap his Glorybringer and exert it once again to take down one of Hauck's creature—this time a Whirler Virtuoso. The Scarab God's timeout in the graveyard ended, and Giorgio's next attack knocked Hauck to 8 life. One thing that remained throughout all these exchanges was the first Bristling Hydra Hauck had played, and on his next combat it got tangled up with Giorgio's own Bristling Hydra. It looked like it would be a trade, but Harnessed Lightning from Hauck gave him enough energy to remove one of Giorgio's creatures and survive combat, while the Glorybringer he played was able to crash in for damage.

Hauck had nearly climbed out of a The Scarab God–sized hole, but the God returned on Giorgio's turn and promptly returned a Glorybringer that suffered at the hands of Chandra's Defeat. That was enough to close things out and send the pair into Game 3 after a back-and-forth Game 2 affair.

Game 3 again featured the early trade of removal for creatures, but Hauck was able to stick Longtusk Cub with four energy in his reserve—enough to pump it out of Abrade range. As Giorgio stumbled on mana for the second game in the match, Hauck rode his ever-growing Longtusk Cub to victory; it ended this rather short game as a 9/9. It wasn't a repeat of the epic second game the two had played, but it was enough to send Hauck to his first Pro Tour Top 8.

Christian Hauck defeated Francesco Giorgio 2-1 to advance to the Top 8! 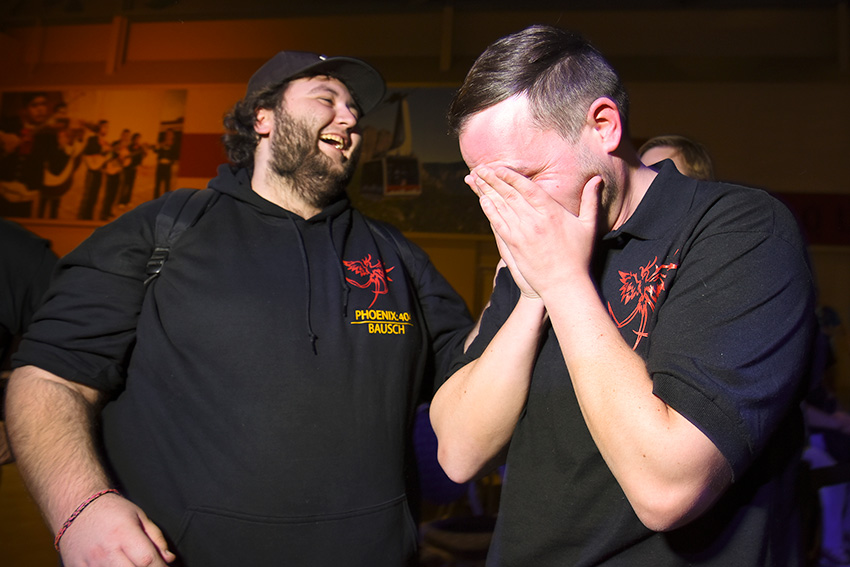 2 Chandra, Torch of Defiance 4 Bristling Hydra 1 Bounty of the Luxa

3 Bristling Hydra 2 Chandra, Torch of Defiance 1 Vizier of Many Faces