The Heroes of China

"The Magic players in China need a hero," he said simply.

Qi and the rest of team MTGSheep are doing their best to deliver. And the run they're putting together at Pro Tour Ixalan is just the start. 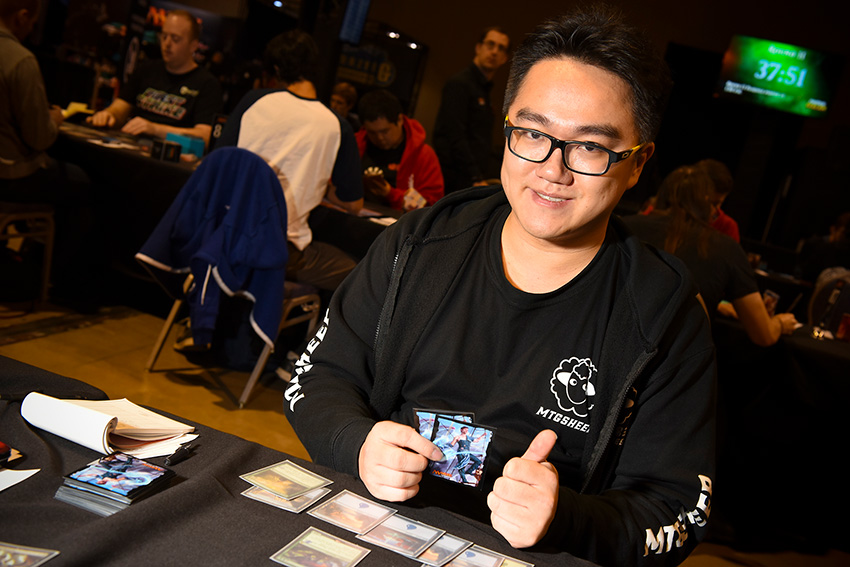 There have been exactly two Chinese players to ever make the Top 8 of a Pro Tour. Xu Ming accomplished the feat at Pro Tour Kuala Lumpur in 2008, advancing to the semifinals before losing to Mario Pascoli. It was a crowning achievement for the Chinese Magic community, and one that looked like it might lead to a rise in professional play in the region.

But it wasn't to be. The country languished for almost a decade before another competitor made it to the Sunday competition. That player was Liu Yuchen, who made the quarterfinals of Pro Tour Aether Revolt last season, though he fell to Eduardo Sajgalik in a tight five-game match.

Liu is now the captain of MTGSheep, the first all-Chinese team to group at the professional level. Joining him are Bolun Zhang, Sun Chuan, Yao Zile, Yi Ding, and Qi, who jumped out to an 8-1 start this weekend at Pro Tour Ixalan. They're determined that this time, a Chinese player advancing to the Top 8 will be the start of something more.

"We look at Japan and see a country that ten to fifteen years ago was where we are now," Qi explained. "But they had players who did the work to get to the top and have success, and now there are a ton of pros from Japan. That's what we want for China. We want the rest of the players in the country to see us succeed and know that they can do it too."

MTGSheep is their plan to make that happen. Liu and Zhang Zhiyang formed the team two years ago, and with nine Grand Prix Top 8 appearances between them, the seeds of a successful team were sowed. They began to connect with the rest of the top players in the country, and soon the roster stretched to eleven players both near and far. (The team is ostensibly based in Beijing, where most of the roster lives.)

As the group came together for regular playtest sessions and strategizing, the benefits soon made themselves clear. Liu credited the team with helping him make the Top 8 of the Pro Tour, and Qi followed up with a finals appearance at Grand Prix Shizuoka a month later. With some infrastructure in place and a promising roster, the team stood poised for a breakout this season.

"It's difficult to play against teams like ChannelFireball; they have so much they can test and they have many good deck builders," Qi said. "But we also have our own community to help us. Liu and I are good at Limited, so that's an advantage we have. And we have our own players who are good at building decks. It's difficult, but we can compete. Since I joined MTGSheep I've gotten a lot better at Magic, and it's wonderful to have the opportunity to team with other competitive players."

The team has been putting up serious results, but it's not all business. The team's name is a humorous take on the fact Zhang Zhiyang's name sounds like the Chinese word for "sheep." This is a group of players who have been playing together since high school and teamed up whenever possible for years.

"We have a group of close friends, and we all wanted to take the game more seriously," Liu explained. "Now with the team, we can share more info and communicate regularly with each other. Before I Top 8ed the Pro Tour last year, I talked things over with the team and they could tell me if my ideas were good or bad—it's been very useful to all of us."

Not that things haven't changed along the way. Not long before the launch of the 2017–18 Pro Tour Team Series, the team received exciting news that shook things up: Zhang Zhiyang was going to be a father. The team was ecstatic, but now also in need a new player since Zhang would miss the season. But thanks to the relationships the teammates had built over the past two years, they were able to fill the slot and power into the Pro Tour.

Where things go from here is a question that can't yet be answered. Most members of the team only have one or two Pro Tour invites lined up for this season, and while several have gotten off to strong runs at Pro Tour Ixalan—highlighted by Qi's early surge—it's not clear how deep a run the squad can make at the Team Series. The goal is to finish in the Top 16 heading into the last event of the year, which qualifies everyone for that Pro Tour and gives them a shot to go even further—or at least put together invitations for next season.

But no matter how things end up this weekend, a Top 8 berth or a disappointing exit, MTGSheep is already doing exactly what they set out to do from the start: give the Chinese Magic community role models to look up to.

"There are so many people at home watching who are excited to see us here," Liu said proudly. "The Chinese community isn't very big, but we're doing everything we can do help things grow." 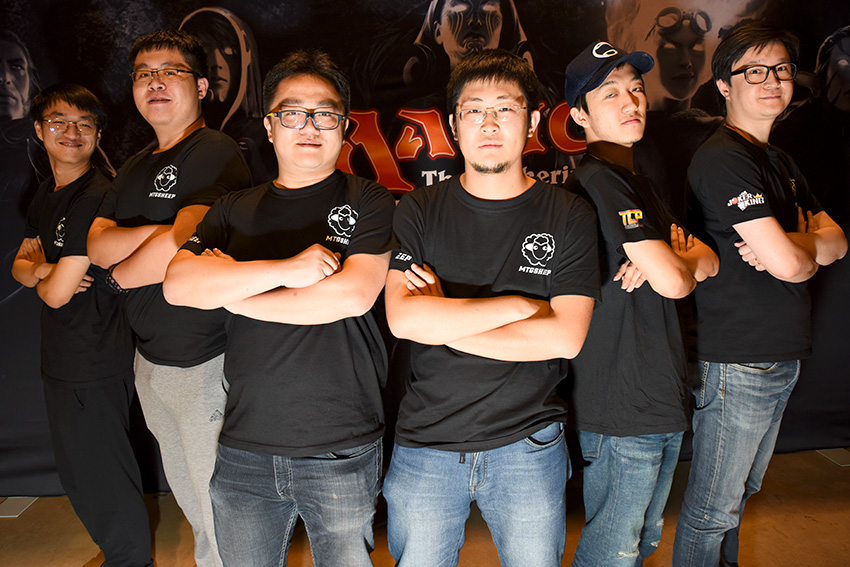