Debuted on the Pro Tour with a victory in Chicago ... The Voice of the Pro Tour webcasts ... Finished in the top 16 in five of his 12 career Pro Tours ... 1998 Rookie of the Year ... Founding member of Team CMU ... Head of Magic R&D at Wizards of the Coast for five years ... Closely associated with counter-based blue decks such as Forbidian, Draw-Go, and CounterPhoenix.

Randy Buehler needs little introduction to anyone who reads Magicthegathering.com, watches the video coverage from the Pro Tour, or has looked up the design credits on any number of Magic sets over the past half dozen years. Allow me to introduce you to Randy Buehler, the Magic player.
Randy debuted on the Magic scene with a stunning win at Pro Tour–Chicago fresh from the PTQ ranks. He went on to win the Rookie of the Year that season and would only play in 11 more Pro Tours before hanging up the deckbox to take a job at Wizards of the Coast.

While he did not reach the Top 8 again in that span of time, he did Top 16 a stunning four more times (with a Top 17 thrown in for good measure). Randy only finished outside of the Top 64 twice out of those dozen tournaments and never worse than 124th. He traveled all over the world in pursuit of Grand Prix success and made the Top 8 seven times, with one win. Extended appeared to be his exclusive territory during those two years as he won the Pro Tour in addition to winning the Extended Championships.

Since leaving the player ranks, Randy has been the head of Magic R&D, the voice of the Pro Tour, a regular columnist, and a strong advocate for the Pro Tour at Wizards, where he championed such causes as the Pro Players Club and the Hall of Fame itself. Whether or not Randy would get inducted into the Hall of Fame despite his short career was one of the hot button topics for this year's class. Nobody was less certain of the outcome than Randy himself.

"I've been thinking about this for years," said Randy just a day after hearing the news. "At first I thought I would probably get in, but then guys like Ben and Tsuyoshi kept putting up more and new results so I had myself down to a coin-flip. Last week I would probably have bet against me (but that may have just been a psychological defense against the possibility). This is such a huge big deal it felt awesome when I first heard the news and it still feels awesome. It really validates the way I've chosen to spend my life—Magic is a large part of who I am and this is an honor I will remember for the rest of my life."

Randy became the second Wizards employee to be voted into the Hall, but the first who will be still employed at the time of his induction. Alan Comer took another job and briefly returned to playing when he was voted into the inaugural class before returning to Wizards. Randy was hoping for some other solution.

"I actually haven't missed a Pro Tour since 1997. My PT attendance streak is ten years long now and even better than [Hall of Famer Raphael] Levy's," said Randy who would love to do more than host the Tournament Center video segments after this year's induction ceremony. "I would love to play in Worlds. Most of the time I really love my job, but I definitely still miss the thrill of competition. I miss that adrenaline rush—step in the arena—prove that you can do it again—rush. I've never really found a way to replace ever since I left for the job here at Wizards I've been telling people that my goal is to do my job well enough that the Pro Tour will still be there for me when I retire. My new mission is to try to talk the folks that run the Pro Tour into a one-event exception to the rules ... employees can play in Pro Tours if and only if they are being inducted into the Hall of Fame that weekend. No one would complain about this, right?"

"I'm totally serious about my desire to go back to the tour if I ever leave WotC and I'm totally serious about playing in Worlds if they'll let me," he continued. "My game is rusty right now, but I do believe I'm capable of getting back into shape. Meanwhile, I have continued to hold my own on the side-draft circuit late at night during Pro Tours."

Randy qualified for his Pro Tour-winning turn in Extended by winning a PTQ. "I won a Mirage Block Constructed PTQ with a Sands of Time / Equipoise lock deck that I had tuned significantly after seeing it for the first time from the losing end of a PTQ match earlier in the season at Origins."

Obviously Randy's best memory of that Pro Tour was winning right out of the gate, but as he recalled, having his mettle tested against another Hall of Famer right away was tough. "My first memory of it is actually the Round 1 pairings. I saw that I was matched up against Darwin Kastle and I was like 'All right, here we go ...' Two blow-outs later and I was thinking, 'My Necro deck just seems better than his ... maybe I can compete at this level.'"

His last round of the weekend also provided some happy memories. Randy replayed the match this way: "David Mills stammering 'Th-th-that works?' when I dropped a Lake of the Dead to Drain Life him for four off of just two swamps when he thought he had me Dwarven Miner locked. I was truly shocked to win the Pro Tour on that play—mentally I was already thinking about how to sideboard for Game 5 and I would have Lake-Drained the miner five turns earlier if I knew he didn't have a counterspell. I have a million other good ones. No. 2 is probably going out for breakfast after drafting all night, which is about a 17-way tie."

The Hall of Fame held meaning for Randy as both a player and as an employee of Wizards of the Coast, and good luck un-entwining the two of them: "It's an honor I will truly cherish for the rest of my life. I'll always have that ring and it will always remind me that for a while I was one of the best in the world at something.

"I grew up as a big baseball fan and I always particularly enjoyed the statistical aspect of the game and comparing players across generations so the idea of a Hall of Fame is something I've always enjoyed thinking about. By Year Three or Four of the Pro Tour, it was already the kind of thing guys would speculate about over beers or boosters. I guess it had drifted a little bit out of my consciousness until it came up in a meeting at work about three years ago. As soon as someone said the words '10-year anniversary of the Pro Tour' and 'Hall of Fame' in the same paragraph, it felt instantly right. Then it took about 3.4 seconds for me to wonder how this might affect me.

"Part of me feels bad about being potentially biased by my own experiences with the game, but most of me realizes that those biases are exactly why I was hired! Wizards has staffed up the company with its own customers precisely so that we'll be able to channel what our players will think or feel about various games or promotions ... makes it quite a cool company to work for."

Looking back on his careers as both a player and an employee of Wizards, I wondered if there was anyone Randy wanted to thank at this point. "Everyone. The one person I want to single out for thanks is my wife Del. She's seen a lot of my crazy/obsessive hobbies come and go during our 16-year relationship and she's been remarkably patient and supportive. This one elevated itself far above the others and fundamentally changed both of our lives. I'm really glad we walked this path together."

1 Aura of Silence 4 Oath of Druids 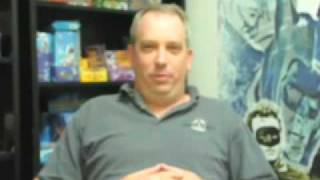 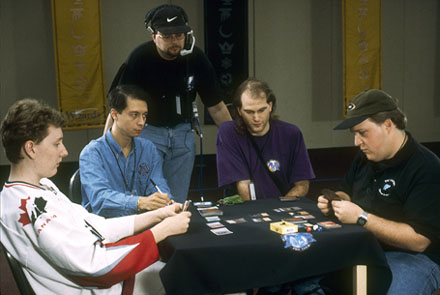 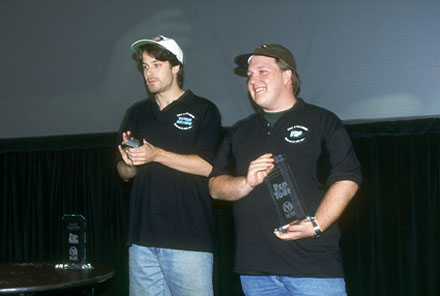 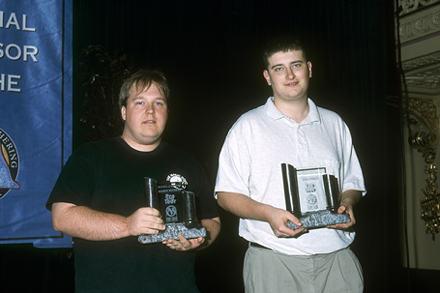 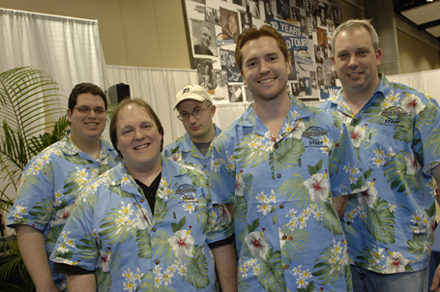 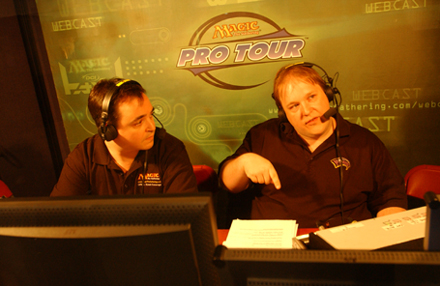