Stunned the Magic world with his Pro Tour debut as a 15-year-old, finishing second to Dave Price... One of the most intense thinkers ever to play the game ... Two-time Masters Series winner ... Four Pro Tour Top 8s ... Pulled of one of the most famous bluffs in Magic history against Randy Buehler to make Top 8 in his first Pro Tour.

Ben Rubin narrowly missed induction in 2007 when he was one of seven players voters considered to be an auto-include on a five-player ballot. Ben had burst onto the scene ten years ago as a 15-year old player going toe-to-toe with David Price in the finals of Pro Tour–Los Angeles and later that year finished second again at Worlds. All totaled Rubin made the Top 8 four times. While he did not win one, he never finished worse than fourth and was one of the most feared competitors for many seasons. Twice he dispatched none other than Jon Finkel en route to Masters Series wins. He also racked up six Grand Prix Top 8s, including two wins—one which was highlighted by keeping a no-land hand in the finals.

Despite being a player Finkel would rather not sit down to play in a crucial match of Magic, Rubin feared his Hall of Fame ship had sailed.

“After missing last year, and seeing that, to my understanding, the vote-getting requirements would be more difficult this year, I did not think I would get into the Hall of Fame anytime soon,” said Rubin. “After all of the time, focus, emotional and creative energy I have invested in Magic—along with my successes—I don’t think being in the Hall of Fame or getting a ring (hopefully I get a trading card too) is a stretch.”

“It’s groovy—still sinking in,” said Rubin, who plans to play in Memphis and said he will certainly dip his toes in the competitive waters from time to time, although he was not sure how frequently.

“I came back for a year, and left because I felt I was spending too much of my time on Magic,” he explained. “I had intended to return sporadically, hopefully spending my preparation time more efficiently. My plans have not changed.”

As for that blazing start to his career, showcased by his Pro Tour–Los Angeles 1998 performance?

“I qualified via PTQ, after narrowly missing Top 8 at Grand Prix–San Francisco needing to win one of my two final rounds against Casey McCarrel and Ryan Fuller," Rubin recollected. "I had no expectations, but I was pumped.”

“As it happened, I played the best Magic of my life,” Rubin continued. “And, despite playing a deck that was not up to the standard of decks I would build and play as I matured, I came in second. Coincidentally, the Queen Mary, former PT–LA site, was engineered by Sir Steven Piggot, my great-grandfather. Awaiting the finals, being fifteen, catching my mental breath on the Queen Mary is my best memory.”

Rubin’s win at Grand Prix–Anaheim involved him making the gutsy decision to keep a no-land/no-first turn play hand in the Finals against Nathan Saunders’ Red Deck Wins with his homebrewed Dump Truck, which showcased his deckbuilding and decision-making skills in one finals feature match.

Looking back at his career, Rubin singled one player out for thanks: “Dan Clegg is not someone I’ve enjoyed personally for quite some time. But he is undoubtedly the reason I got into, and succeeded at, competitive Magic. That I eclipsed him so suddenly, chasming our friendship, is testimony to how very much he taught me, and how many doors he opened for me in the world of Magic—despite being a young man himself.” 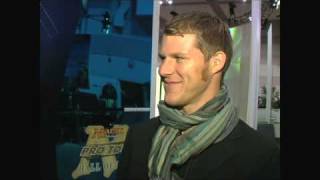 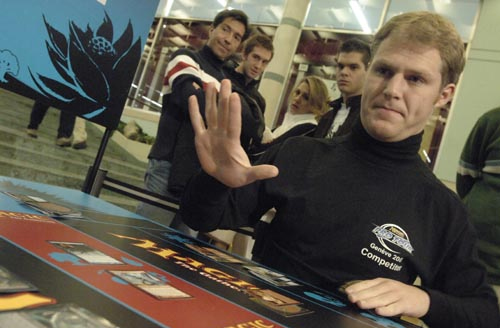 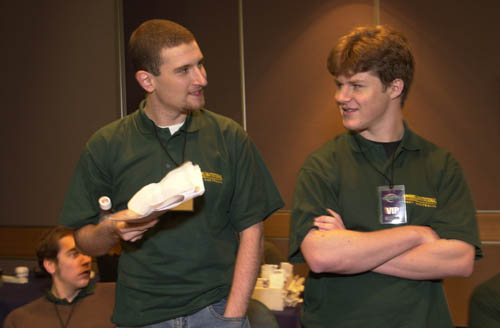 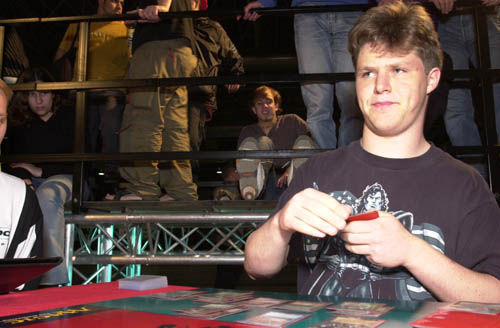 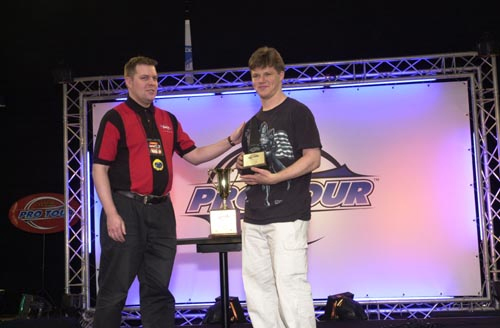