"The Potato" ... One of the top Limited players in the history of the Pro Tour ... Won Pro Tour-New York with Gary Wise and Scott Johns as Potato Nation ... Retired in 2004 after back-to-back Limited Top 8s, truly the height of his career ... His ever-present smile belied his uncanny ability to attack for 2 ... Five Pro Tour Top 8s ... Left the Pro Tour to work in Magic R&D at Wizards of the Coast.

Mike Turian was one of seven players considered “locks” for five berths in 2007's Hall of Fame class. Along with Ben Rubin, Turian narrowly missed induction in 2007 and was hoping that voters did not have short memories for this new ballot with its new rules. You would be hard pressed to find someone more qualified for Hall of Fame membership than Turian, with five Pro Tour Top 8s (including one win) along with six Grand Prix Top 8s (including two wins) and a reputation as both a great sport and formidable opponent.

Like Dirk Baberowski, Turian’s career began at Pro Tour–Chicago—albeit his was a year earlier—where he finished 27th after qualifying for the event at a PTQ.

“I was a freshman in college and I had just teamed up with Randy Buehler, Erik Lauer, and Dan Silberman,” recalled Turian of that first Pro Tour. “We called the white-red deck I played 'The Car' deck because Erik and I built it on the car ride from Pittsburgh to Chicago. First round I was paired against Tommi Hovi and his Squandered-Stasis deck. It was my welcome to the Pro Tour moment—and I beat him 2-0. At that moment I knew I belonged.”

“I qualified playing a green-white Maro, Mistmoon Griffin, Giant Mantis and Abeyance Mirage block deck,” said Turian, who faced some tough competition at the PTQ level just to reach the Pro Tour. “I took the deck to a PTQ in Akron and beat Jason Opalka and Dave Price to qualify for Chicago. Then I took the same deck to Grand Prix–Toronto and made the Top 8 with it. I was expecting to win Chicago. I was happy that at least Randy won.”

A Top 32 finish right out of the gate is an impressive career start and Turian followed up almost immediately with a Top 16 at Pro Tour–Mainz. He had a handful of Top 32s and Top 16s along the way until his shining moment as a member of the Pro Tour–New York winning team Potato Nation—a name derived from his starchy nickname.

“My best memory was winning Pro Tour–New York,” said an always beaming Turian. “Playing in that event with great teammates, Hall of Famer Gary Wise and Scott Johns, was a blast. We really clicked as a team. In the semis I barely pulled out the win, leading into a finals where Gary, Scott, and I faced down Car Acrobatic Team with Andrew Cuneo, Aaron Forsythe, and Andrew Johnson. At the time I was roommates with Johnson, and they were the team that I had practiced with and against in Pittsburgh. Winning was great but the fact that it was the perfect finals was even better.”

Despite the gaudy numbers there was some question if Turian would be inducted this year. Several voters and observers expressed concern about voting for a standing Wizards employee who could not avail himself of the bonuses of being perpetually qualified. The news that he had been enshrined came as a huge relief to Turian.

“I thought this year would be my best chance to make it into the Magic Hall of Fame. I was pretty confident I would make it this year until I heard that the rules for induction had been changed,” he admitted. “I didn't get 40% of the vote last year so that made me nervous. Aaron Forsythe walked up to me at 8:45 Tuesday morning and was like 'Congrats.' I had no idea what he was talking about until he said I had gotten into the Hall. Then I was happy. Ever since the Hall of Fame was first created I really wanted to get in. Coming so close last year made this year even sweeter.”

While Turian will not be able to use his invites, he will be seeing plenty of Pro Tours in the coming months.

“I will be at Berlin gunslinging, I will be at Worlds for the Hall of Fame, and Steve Port of Legion Events just invited me to be a gunslinger on a cruise in the Gulf of Mexico for the Conflux Launch Party. So the next few months will be filled with great events.”

“If I ever do play on the Pro Tour again, I will be playing on Sunday,” he added. There should be little reason to doubt him as Turian retired from playing to take a job at Wizards while at the height of his Pro Tour career after back to back Pro Tour Top 8s in Limited at San Diego and Amsterdam.

“For a long time my goal was to make it into the Magic Invitational,” said Turian when asked whether or not he could have anticipated his enshrinement in a Pro Tour Hall of Fame. “I never made it into an Invitational, so I certainly hadn’t dreamed of making it into a Hall of Fame that didn’t exist at the time.”

So what does his enshrinement mean to him?

“It stands for all of the love I have put into Magic,” he replied before thanking a long list of people who supported him along the way.

“Gary Wise and Scott Johns—They are both great teammates and great contributors to the Magic community.”

“Dirk, Olivier, Ben and Jelger—For making the 2008 Hall of Fame a fine class.”

“Ari Shtulman—For convincing me to play Magic, and telling me that I should play 60 cards instead of all my cards.”

“Nate Heiss, Evan Davis, and my dad—For all the time we spent growing up playing Magic and being friends.” 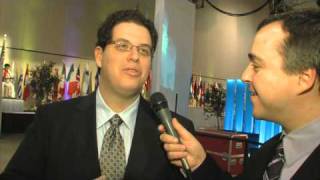 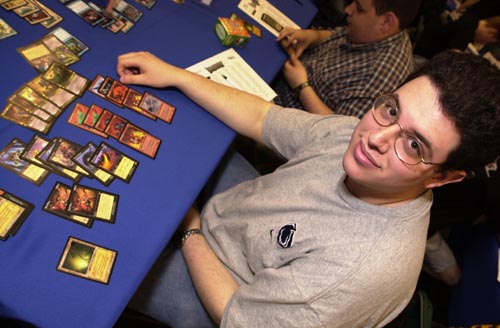 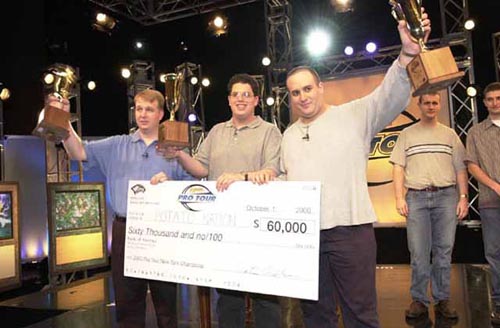 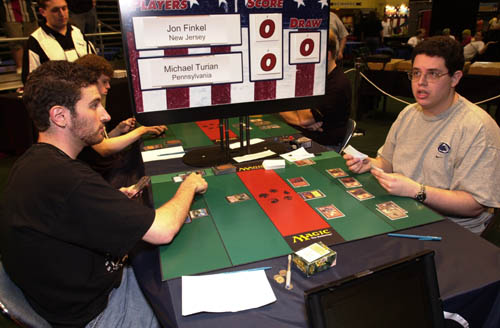 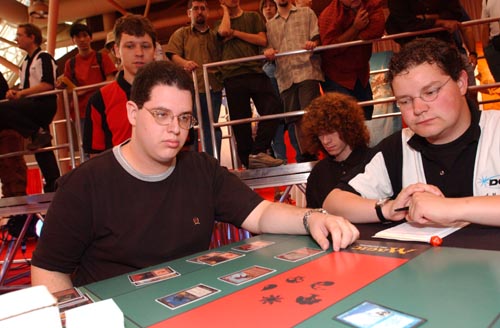 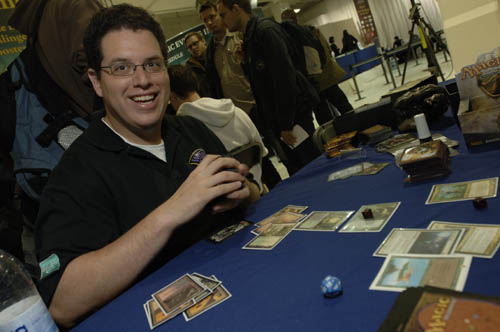