Antoine and his brother Olivier are the first siblings to be in the Hall of Fame ... No. 6 in lifetime Pro Points ... Along with Olivier, made first impression on Pro Tour as part of Black Ops ... Four Pro Tour Top 8s including win at Los Angeles 2005 ... 18 Grand Prix Top 8s, including two wins ... Won 2006 Magic Invitational, crafting Ranger of Eos as his prize.

Team competition has always seemed to play a large role in the career of Hall of Fame players, and Antoine Ruel is no exception. Antoine made a name for himself on the Pro Tour scene with his Hall of Famer brother Olivier and Florent Jeudon, winning Grand Prix–Cannes as team Black Ops. That finish, combined with an 11th-place finish at the first team Pro Tour in Washington D.C. (Antoine's PT debut), earned that team an invitation to play in the Magic: The Gathering Team Challenge.

"My first team Pro Tour we ended up 11th, losing to Kai [Budde]'s team," Antoine recalled of his inaugural Pro Tour experience. "He beat me there with Game 1 Masticore. When I thought he was Masti-locked, he played Time Spiral and destroyed me. Game 2 I was on 8 life, he had zero cards in hand, and I attacked with everyone to kill him next turn no matter what. He untapped and drew Time Spiral into Keldon Champion and Parch and killed me. Welcome to the Pro Tour. My first individual was the Rebel Pro Tour in New York—probably the worse PT ever. I went 1 win, 2 losses, and 2 draws, playing my first round against Adrian Sullivan. On the same weekend I was playing in the Team Challenge."

It was a special event for the ESPN cameras at Pro Tour–New York 1999–2000, and Antoine's team was the relatively unknown quantity coming in against teams featuring eventual Hall of Famers Rob Dougherty, Darwin Kastle, Dave Humpherys, Jon Finkel, and Alan Comer. Black Ops emerged on top, due in no small part to Antoine's victory over Jon Finkel in the finals.

"I was expecting to win this one more than the PT. In the semifinals, it was really tough," said Ruel of the televised event. "We were playing against [Alan] Comer / [Brian] Selden / [Kurt] Burgner. Comer did a very bad thing to us, and that added pressure for me. We eventually beat them and then [Jon] Finkel / [Steve] OMS / [Dan] OMS in the finals, thanks to Florent Jeudon, my old teammate, one of the players with the most skills that I have ever met. Without him, Oli and I would probably not be Hall of Famers."

Antoine would finish in sixth at the 2001 team Pro Tour in New York, but his first individual success would also be his first Pro Tour Top 8. At Worlds 2001 Antoine piloted a three-color Nether-Go deck list to a third-place finish at that event and the first of four Pro Tour Top 8s in his career.

Antoine took down a second-place finish at Pro Tour–San Diego 2004 before finally securing a win at Pro Tour–Los Angeles in 2005. He defeated Billy Moreno in the finals of that event, playing a Psychatog list. He had to navigate a shark-infested bracket to get there, defeating future Hall of Famer Tsuyoshi Fujita in the quarters and 2005 Player of the Year Kenji Tsumura in the semifinals. His play against Kenji is widely regarded as some of the finest ever seen on the Sunday stage.

In Game 2 of that match, Antoine had the mana and the opportunity to Force Spike a Mana Leak that would counter his Duress, but declined. Kenji, thinking the coast was clear, trotted his turn-three Psychatog out only to have it Force Spiked. There were many levels to the play as Antoine made it seem like he was considering the Force Spike which Kenji read as an obvious bluff.

Antoine won the Magic Invitational in 2006 and his victory was commemorated with the printing of Ranger of Eos based on his design.

With 18 career Grand Prix Top 8s to his resume and a pair of wins among them, only Alex Shvartsman and Antoine's brother Olivier have reached the elimination bracket of a Grand Prix more often than Antoine. While he does not travel to as many events as his brother—and let's face it, who does?—Antoine is every bit the worldwide ambassador for the game that his brother has been.

Antoine and Olivier share a special bond that goes beyond fraternity and into the realm of best friendship. Antoine's most recent Pro Tour Top 8 may have been the most poignant for him, as he and his brother Olivier became the first brothers to make the Top 8 of the same individual Pro Tour. They now become the first pair of brothers to be inducted into the Hall of Fame.

"I have so many feelings, to be honest," said Antoine when reached for comment shortly after learning he had been inducted. "The Hall of Fame is the greatest Magic achievement possible. I am glad to join Finkel, Budde, obviously my little brother Olivier, and the others in this pantheon of the game ... a game which is not only been the best game, but has been such a huge part of my life over the last 13 years."

In those 13 years it was his historic Top 8 alongside his brother that stood out as one of his most treasured moments on the Pro Tour.

"The announcement for the Top 8 of the first Pro Tour–Honolulu. I came in 8th on the second tiebreaker. Oli was in the Top 8 already and we jumped into each other's arms and shouted like crazies!" recalled Ruel. "Then, of course, my win in Los Angeles. Someone from the staff told me he had never seen someone as happy to win a tournament as I was."

"I would like to thank Wizards for creating the Hall of Fame to reward the players' successes and contributions to the game. I have played so much and dedicated my life to Magic. That recognition from my peers and from the important people in Magic makes me happy and proud. It is a great reward for all the time spent and dedicated to Magic."

3 Kodama of the North Tree 3 Meloku the Clouded Mirror 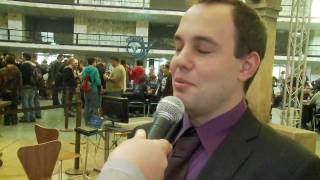 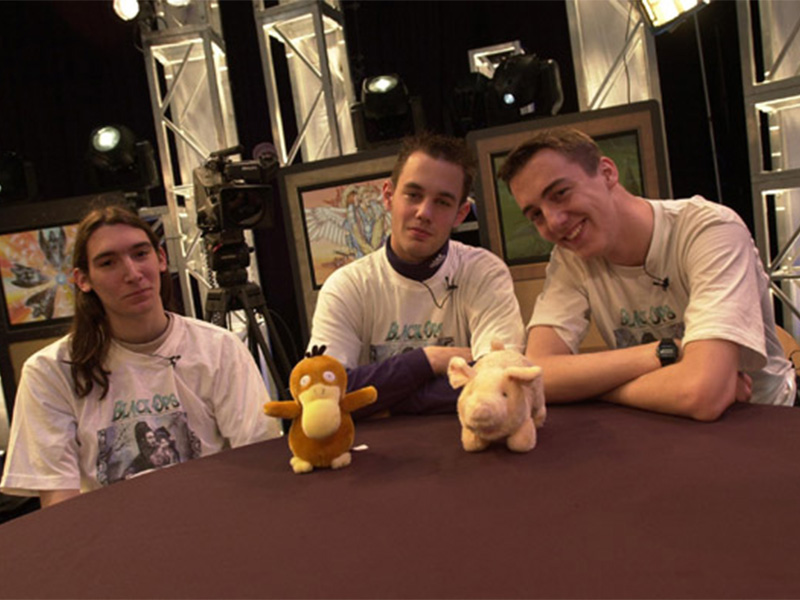 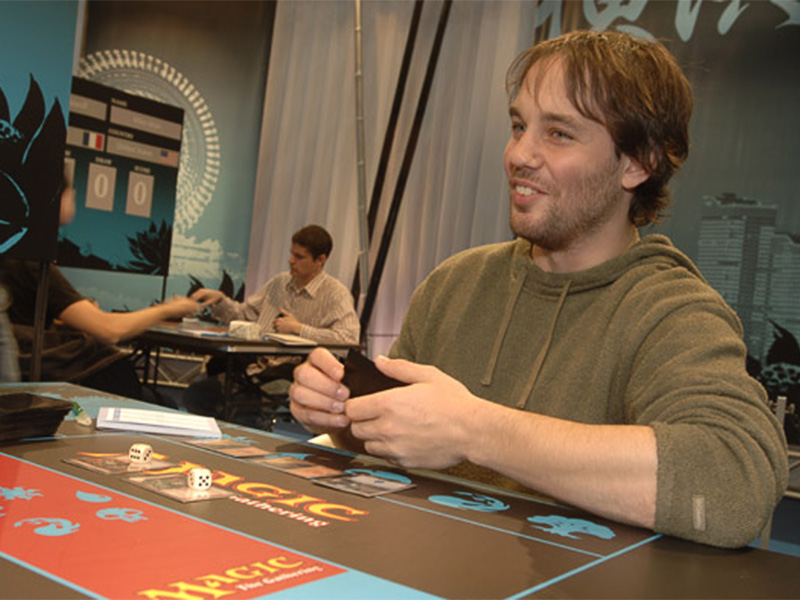 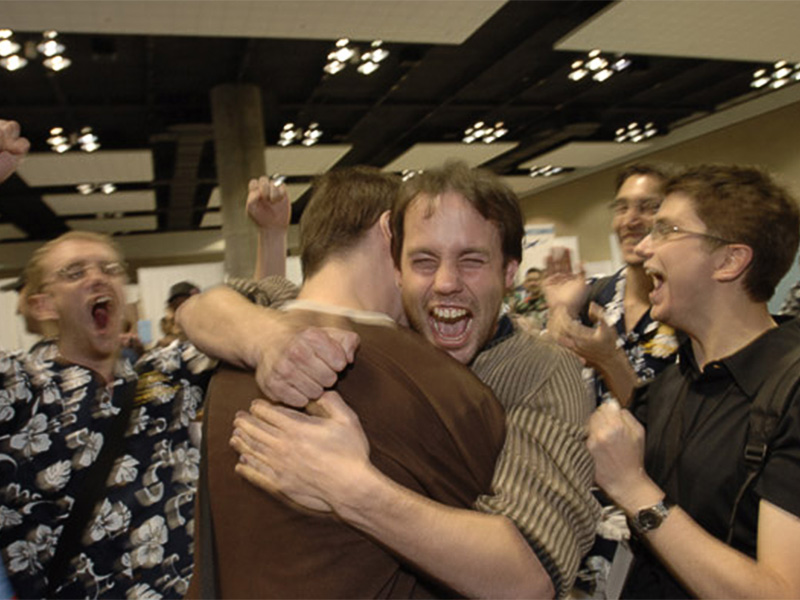 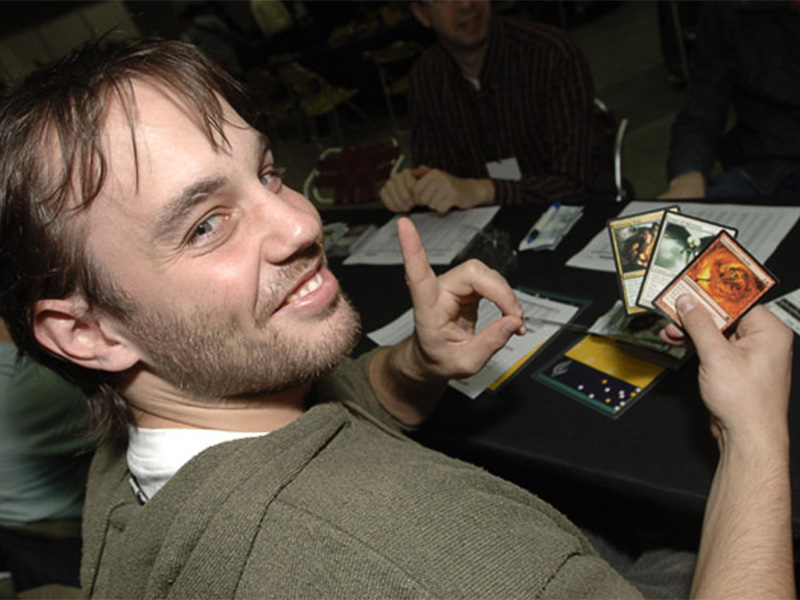 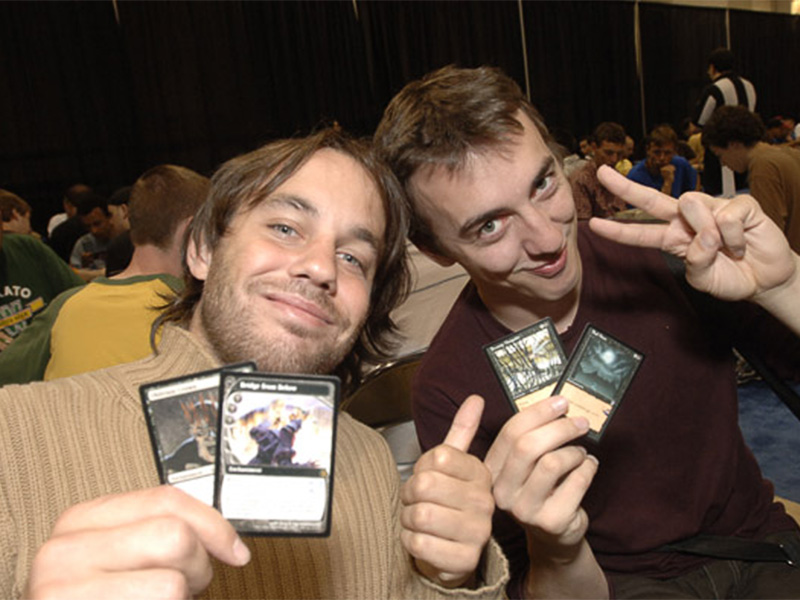