Five Pro Tour Top 8 appearances ... Made back-to-back Top 8s at Limited Pro Tours in 2004 ... Nine Grand Prix Top 8 finishes, with a victory at Seville 2003 ... One of the game's most accomplished and feared Limited players ... Key figure in the rise of European Magic in the early 2000s ... Shares his drafting knowledge and expertise with the community through popular columns and videos.

Sweden's Anton Jonsson made his first Pro Tour appearance in 2000 at Pro Tour Tokyo and kicked things off with a Top 64 finish. Despite the strong start, Anton knew he could have done better.

"It was Pro Tour Tokyo, and the format was Invasion Block Constructed," Anton recalled. "The most surprising part was probably that Jens Thorén had created an awesome deck—the Blue-Black Rat deck—and he wasn't even qualified! Jens never really built that many decks but when he did they were obviously awesome. I made Top 64, but if I hadn't made some really bad mistakes that deck could have done much better. The other big memories from that event are the thrill of playing in a big cash-prize tournament for the first time, and of course experiencing the wonder and magic that is Japan."

Anton earned the chance to compete in Tokyo through a PTQ and Thorén played a key role in Anton's deck selection.

"We actually had a PTQ in Umeå—one of the few we ever had—and I remember that I wanted to borrow cards for a deck from Jens," Anton explained. "Only problem was that like four or five guys had borrowed cards from him before I even knew about the PTQ, so I was stuck playing some Stompy deck. This was Extended and Necro/Donate was legal so Stompy didn't seem optimal to me, but the deck had already qualified two Swedes and somehow the little green men got me there too."

As he headed to his first Pro Tour, Anton tried to have no expectations, but the game had always come easily to him and some thoughts could not help but creep in.

"I was happy to have qualified and happy to play a big tournament," said Anton. "Subconsciously though, I think I had been conditioned to believe I would always do at least OK. Whenever I played in local tournaments or even Nationals or Grand Prix I did OK and I think I was just dumb enough to think that the Pro Tour level would be no different."

He got back to the Pro Tour the following season in New Orleans. His subconscious proved to be correct as he made the first two of his five career Pro Tour Top 8s that season—capped by a Top 32 finish at Worlds to boot. Anton credits a big part of his success was his affiliation with the likes of Tomi Walamies, Thomas Rosholm, Mattias Kettil, and Mattias Jorstedt who made up Team Punisher at a time when European Magic players were bursting onto the scene in a big way. He felt that the emergence of European playtesting teams at the start of the millennium had a lot to do with the shift in power from North America to Europe.

"Basically you had all these really good players that had finally understood that they needed to form good teams so that they could show up at Pro Tours with good decks," Anton said simply. "Like Kai [Budde] and his collaboration with people like Ben Ronaldson and John Ormerod, or the emerging Dutch players like Kamiel [Cornelissen] and Jelger [Wiegersma], or the French headed by the Ruels and [Gabriel] Nassif. In the U.S. this had been going on for a while, but suddenly Europe was doing the same thing and unsurprisingly taking a piece of the cake."

"Personally, I had the opportunity to work with Team Punisher, which was comprised of some of the best players in Sweden and Finland—and later on Norway—with a sprinkle of Denmark, Switzerland, and even Australia," Anton continued. "The team had been around for a year when I joined, and even with playtesting that often could only be described as 'chaotic,' we would find good decks for most events. I think the biggest reason for our success was that we had a good-size team with members that actually trusted each other."

Anton first appeared on the Hall of Fame ballot last season, a year that saw both him and Steve O'Mahoney-Schwartz finishing just below the threshold to be inducted at Worlds in Chiba. Despite falling just short last season, Anton felt good as the 2011 ballots went out even if he could not completely wrap his head around the concept.

"I always thought my chances this year would be pretty good, especially with the way the voting last year went and me doing regular content for Star City Games," explained Anton. "Also, once people started posting their ballots on social media I became pretty confident since most I read had me on the list. This all leads up to a really weird feeling when I actually got the call that I had made it in. One part of me had already accepted that I would be voted in, while the other was still processing just how absurd it is to be voted into a Hall of Fame—any Hall of Fame."

Anton is not one for long-term plans but expected that he would play in Pro Tours provided he had the time and money to travel, and the opportunity to prepare sufficiently. If all that lined up, did he think he still had the chops to play on Sunday again and add to his five Pro Tour Top 8s?

"I play Magic on most Sundays but I guess you are talking about the Top 8 of a Pro Tour," joked Anton. "Realistically it is very hard to make the Top 8, but I wouldn't attend if I didn't think I could win."

Anton became known as one of the all-time great Limited players, a mantle he happened to pick up from fellow 2011 inductee Steve OMS. Anton was also one of three players who appeared in back-to-back Limited Top 8s during the 2003-04 season, Mike Turian and Nicolai Herzog. Anton now joins those two players in the Hall of Fame.

Coincidentally, Anton posted the fifth of his Pro Tour Top 8 appearances the same year the Pro Tour Hall of Fame was announced. Interested by the pros' reaction to the new Hall of Fame, fellow commentator and Pro Tour Hall of Famer Randy Buehler and I asked Anton at the time if he thought he would eventually be enshrined and he admitted that it was a possibility.

"Ever since then I could envision it happening, I could hope it would happen, but the fact that it is happening is still surreal," recalled Anton half a decade later when asked what the induction meant for him. "I have played Magic for more than half my life, and I am almost 34 years old. Apart from stuff like eating, sleeping, breathing, and walking, I don't think there is one activity I have spent more time on. So what does being enshrined mean to me? More than it probably should."

Looking back at his career, Anton could not single one thing out as his highlight: "Can I say all of it? Playing in Top 8s for thousands of dollars is just so much fun, and something I will remember for the rest of my life. But also of course the friends, the laughs, the drafts, the food, the drink, the world."

He was similarly hard-pressed to single out anyone for thanks beyond his earlier acknowledgement of his Team Punisher cronies, but he was able to narrow it down to two special people.

"My mom and dad for showing support always," said Anton before adding: "I started a list here but it is just so long. I'd like to thank everyone that supported me both playing Magic and outside of Magic and everyone that made playing on the Pro Tour so much fun."

2 Boseiju, Who Shelters All 2 Keiga, the Tide Star
75 Cards

4 Call of the Herd 4 Land Grant

1 Eye of Nowhere 1 Petals of Insight 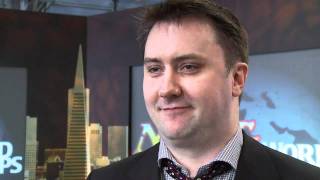 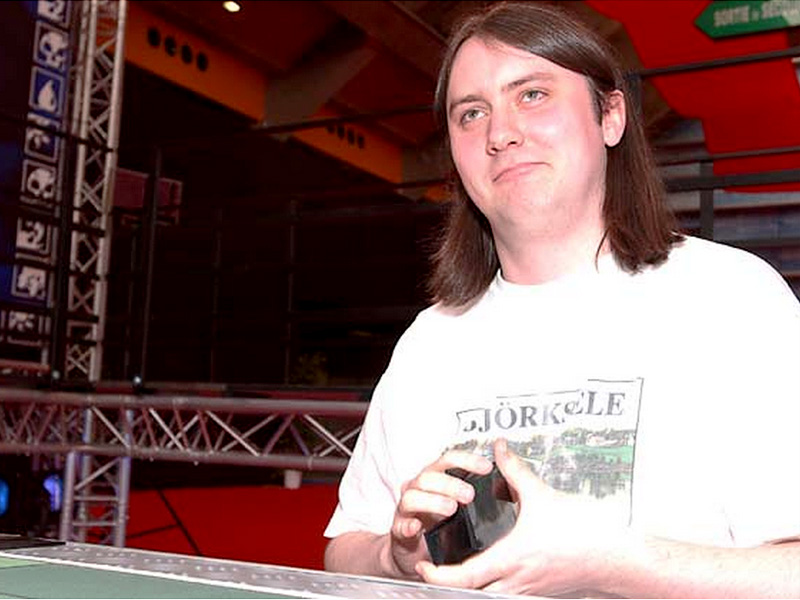 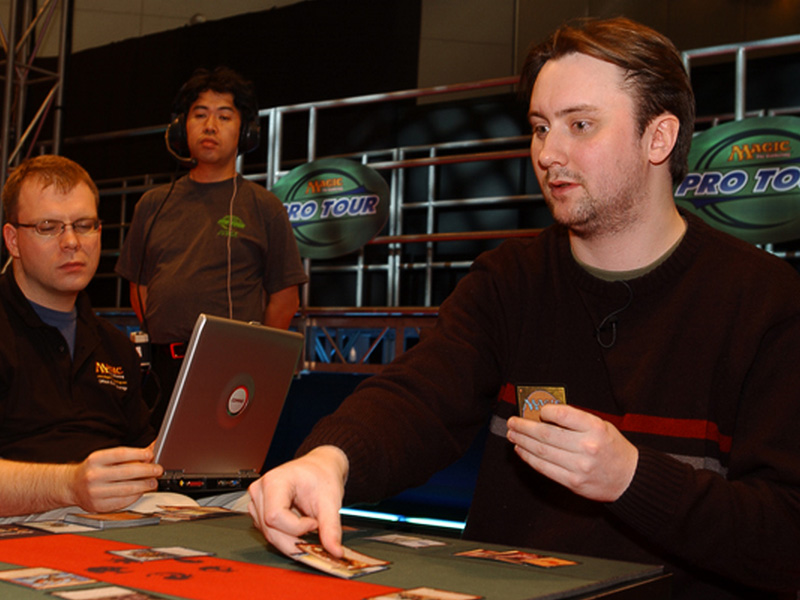 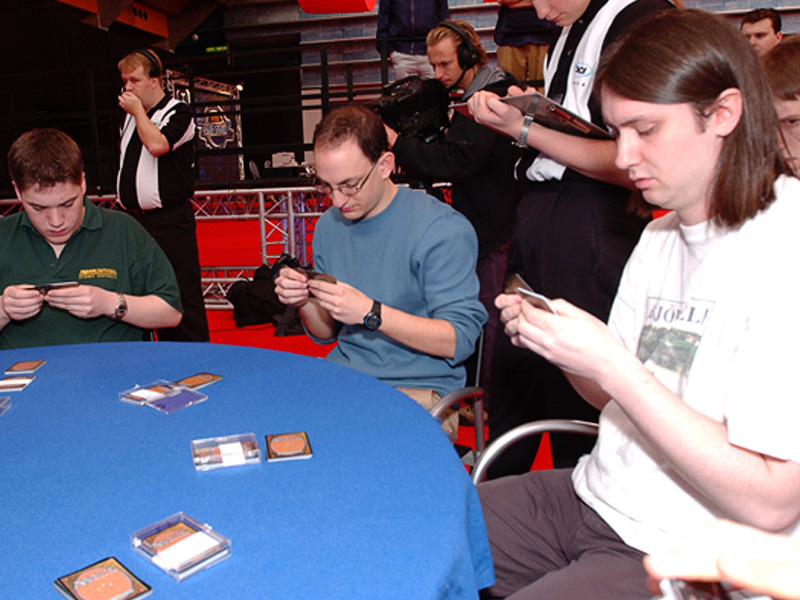 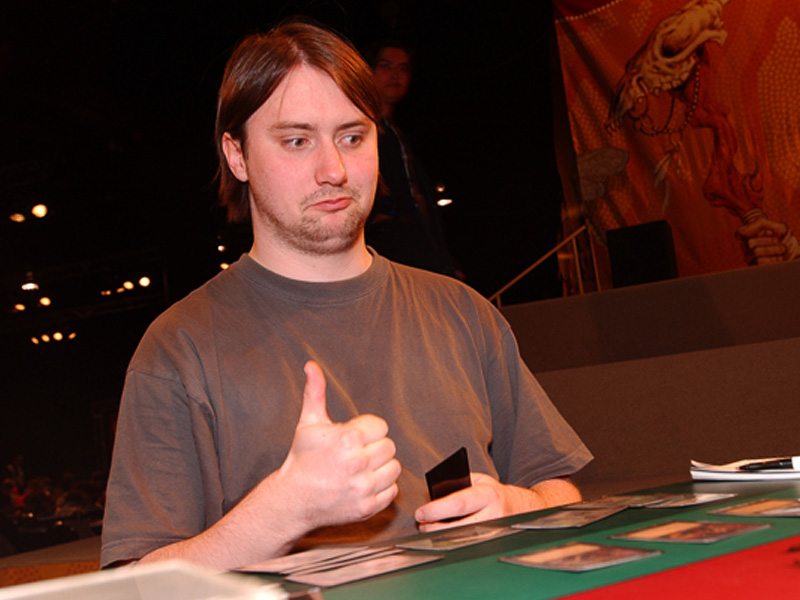 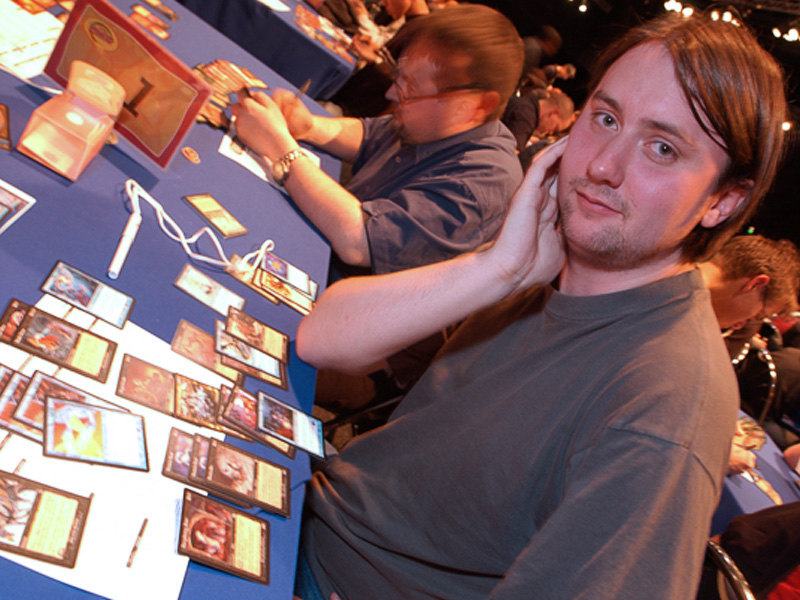